Platforms for Issue Based Campaigns in Nigeria Ahead of 2019 Elections

Political parties and elected officials in Nigeria have continued to fall short when trying to connect with citizens.

It has never been routine for elected officials to discuss what they are doing or intend to do to better the lives of Nigerian citizens. Political parties and candidates alike have not recognized the importance of regular party-citizen engagement. Town hall meetings and constituent outreach meetings where elected officials discuss directly with citizens were foreign concepts to Nigerians.

In the same vein, political parties never considered the long-term benefits of constantly engaging with their constituents and voters on party policies and manifestos. This has resulted in a culture of personality politics that have little tangible benefits for citizens.

With the 2019 general elections drawing closer, political parties started to position themselves to win as many seats as possible. The 2019 election is critical and important because it comes right after the 2015 general elections which resulted in the defeat of an incumbent president who willingly transferred power to the winner. The success of the election will have a ripple effect on the democratic dispensation of the country and even the African continent as a whole. Candidates required a method that would offer solutions to the challenges that people face. As part of its Responsive Political Parties Program (RPPP), IRI is assisting political parties to disseminate campaign messages to citizens through radio in four states, including Adamawa, Bauchi, Ebonyi and Sokoto.

The program, Manifesto Hour, is designed to provide a media platform for political parties and their candidates to discuss their campaign messages and interact directly with citizens, enabling constituents to identify policy differences between parties and to make informed choices in the upcoming general elections.

The Manifesto Hour debate series was born out of the need to promote healthy competition between political parties and candidates while encouraging them to engage in issue-based debates. It began with IRI supported constituency outreach events that allowed parties to gather information on citizens’ needs and concerns. 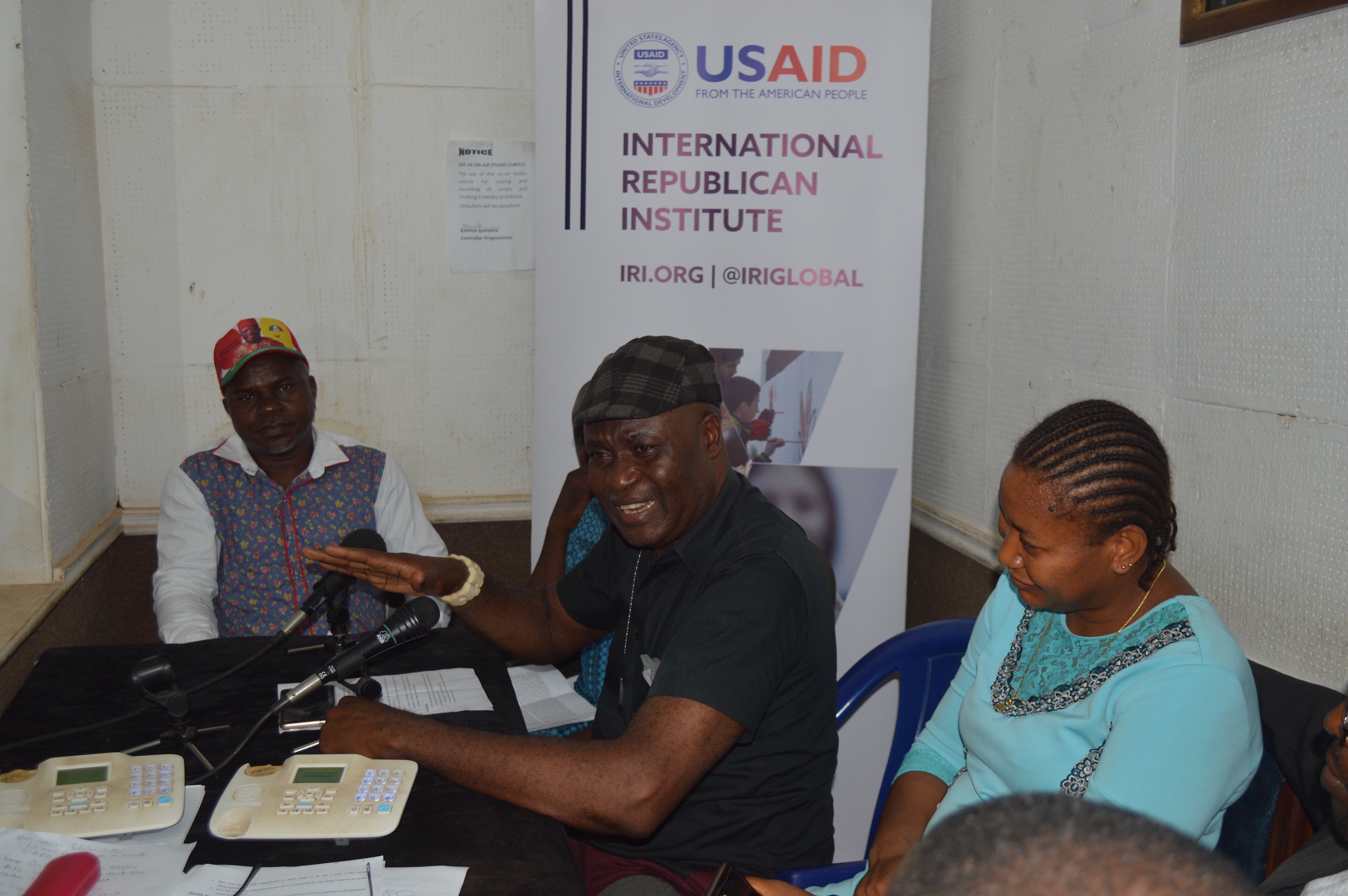 The Manifesto Hour debate series has been applauded by the political parties during most episodes for its timeliness, especially as candidates and campaigns are discouraging hate speech and personality attacks ahead of elections in February and March this year. The interactive call-in segment of the show has proven that citizens are in fact interested in issues that affect them and they are watching closely the areas where elected officials are doing great and where they are not.

The expected long-term impact of this initiative is that the use of hate speech and personality attacks will decrease and issue-based discussions will thrive. This shift will further help citizens in identifying policy differences between political parties and use the information to make informed decisions during elections. As we continue to advocate for ideal democracy in Nigeria and around the world, we can only encourage more people and organizations to engage initiatives that will promote issue-based debates.