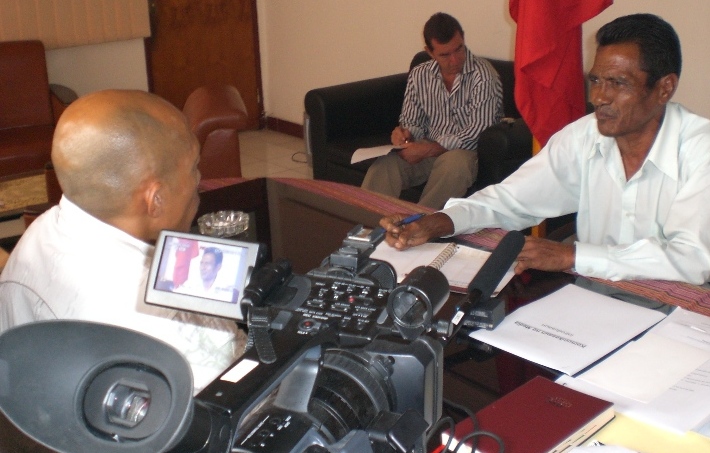 The International Republican Institute (IRI) along with the Liberal Party of Australia is assisting the Timorese government improve the transparency and effectiveness of executive offices by strengthening communication and media skills.  Ian Hanke, Director of the Melbourne, Australia-based Media and Political Counsel worked with ministers, vice ministers and secretaries of state of the government improving media relations.

The program, working through the Timorese government’s Center for Training in Public Relations (CTPR), helped strengthen media relations skills of members of the government through training and consultation on interview techniques, press releases and developing an effective relationship with domestic and international media.  In total, 23 members of the government, including Minister of Education Joao Cancio Freitas and Minister of Agriculture and Fisheries Mariano Assanami Sabino received training and consultation.

Before the trainings began a baseline assessment was established based on participants individual level of media experience and through a discussion on media relations in Timor-Leste.  Hanke and the CTPR’s director, Joaquim Santos, conducted trainings with cabinet members on message definition, presentation style, non-verbal communication and avoiding common interview pitfalls.

The second phase of the training included mock TV interviews which were recorded then reviewed with each participant and advice given on how to improve performance.  Participants ranked the program highly, with many saying they would like continued support in the area of government relations with the media.

In an effort to provide an additional resource to the participants, Hanke is developing a media relations manual that can be utilized by government officials and their staff.  IRI is currently formulating plans to expand this program by providing dedicated short-term media advisors that would be available to all of the ministries.