Building Solidarity Among Young Leaders in Eurasia to Champion Democracy

Research by the International Republican Institute (IRI) indicates widespread political disaffection among youth across Eurasia. According to a recent IRI poll, “less than one-third of youth in Ukraine will definitely vote in the next election.” However, there is hope in countries such as Armenia where 82 percent “view the change in government positively,” and 63 percent want “political reforms to be undertaken quickly.” Governments cannot be responsive if they are not inclusive, and this lack of representation of young people in civic and political processes has led to widespread dissatisfaction. 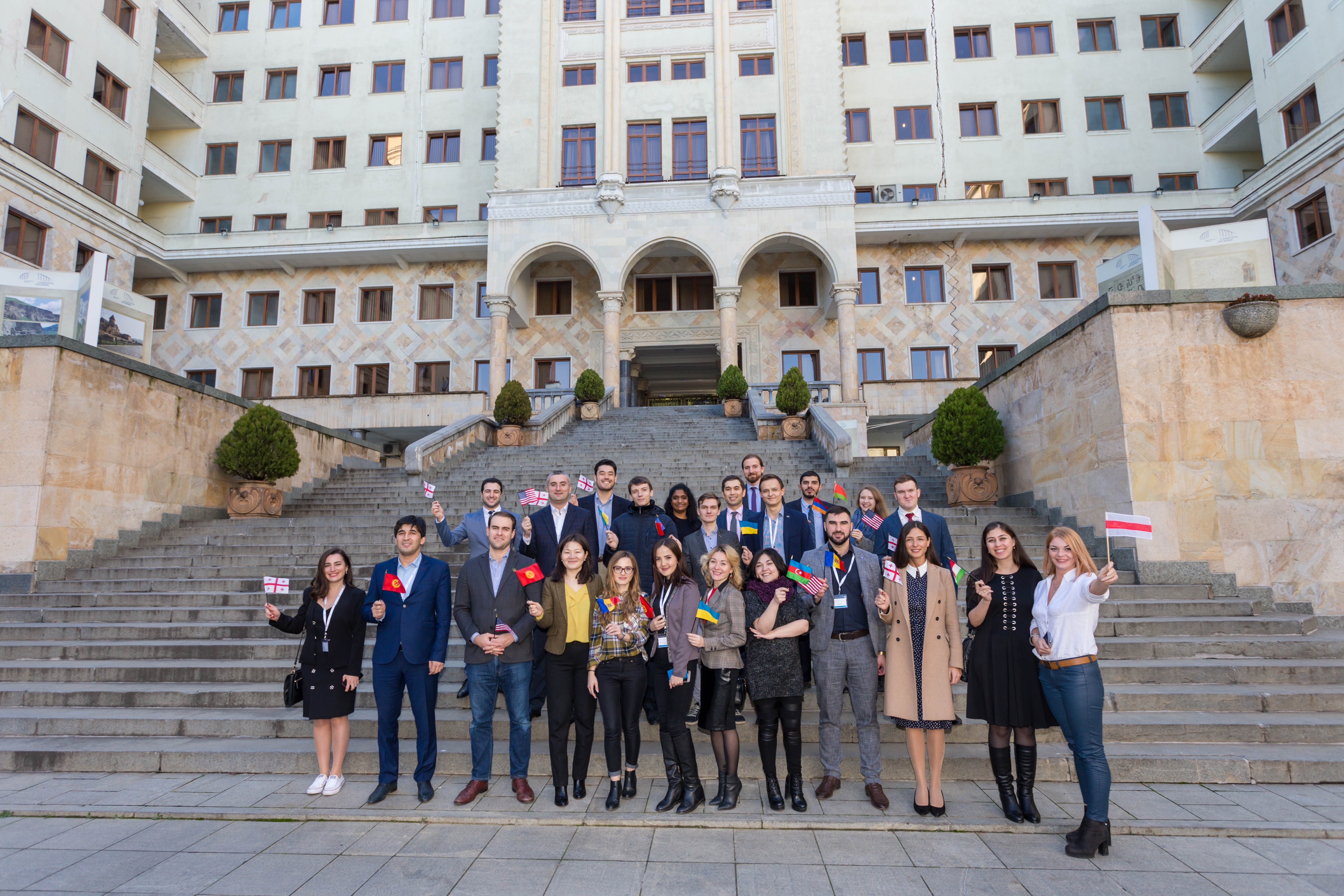 IRI launched Generation Democracy in 2015, a global network of young leaders across 70 countries, to advance the voice of young people in decision-making processes. IRI has hosted Generation Democracy Leadership Academies across Africa, Asia, and Latin America and the Caribbean, gathering more than 125 youth to exchange ideas and share lessons learned.

Most recently, IRI convened 22 young leaders from nine countries as part of the launch of Generation Democracy in Eurasia by hosting a Regional Leadership Academy in Tbilisi, Georgia in December 2018. Young people across the region were invited to share their experiences on a variety of issues, such as digital strategies and tools that could help move an issue from protest to policy and help tackle systemic corruption in the region. At the Tbilisi Academy, young leaders also engaged in dialogue with members of the Georgian Parliament. Connecting young leaders with elected MPs is one critical approach to help inspire, encourage and mentor a generation of young people who lack the confidence to run for office.

IRI also partnered with Transparency International (TI) to expose Academy participants to TI’s work in Georgia and across the region, and shared IRI’s tool, the Vulnerabilities to Corruption Approach (VCA). Participants pitched ideas focused on mobilizing students to become involved in anti-corruption work. For example, the young leaders from Moldova formulated a plan to partner with the Ministry of Education to launch an online platform reporting corruption at the high school level.

One of the key outputs of the conference was a statement of principles known as the Tbilisi Declaration. The Tbilisi Declaration was created through a participatory process, driven and designed by youth, and is intended to sustain momentum for positive change across the region through youth engagement and leadership. The Declaration provides a roadmap for Generation Democracy members within a cohort to work in solidarity to tackle a mutual challenge they identified together.

Eteri Buziashvili, a young Georgian international security specialist, shared her impressions of the Academy:  “As a result of attending the Generation Democracy Eurasia Academy in Tbilisi, I am thinking of ways I can collaborate with other members to create a joint platform to fight disinformation and engage youth from the region in this process.”

To learn more about the Eurasia Regional Academy and Generation Democracy’s global #UnitingYouth campaign, watch the video below.