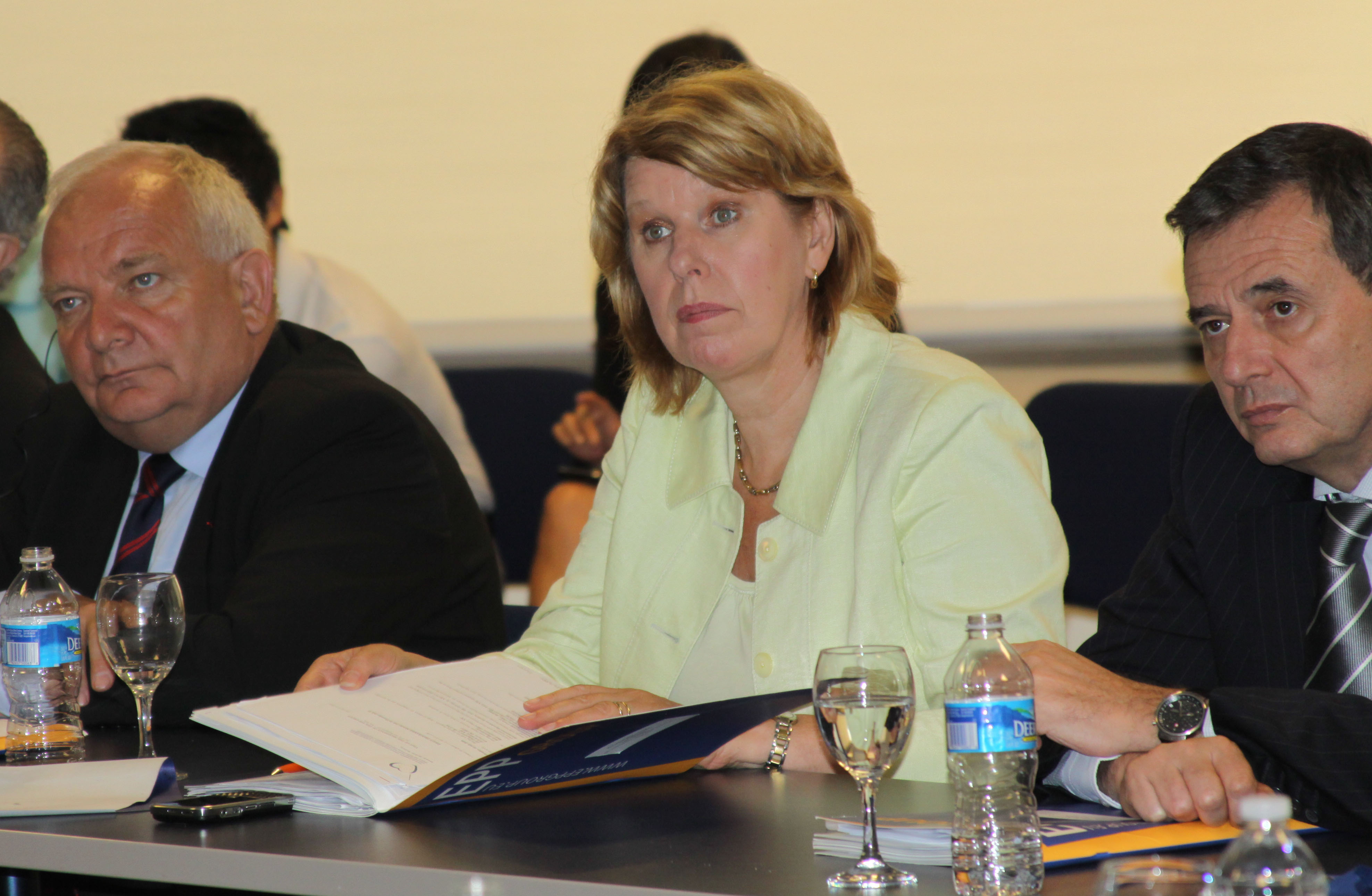 The visit to IRI highlighted the strong partnership the Institute has developed with the EPP over the past five years through its European Partnership Initiative.  IRI has worked to engage European and American decision-makers in a transatlantic dialogue on key areas of mutual interest, such as democracy assistance, through a host of events in Washington, Brussels, and elsewhere in Europe.  The EPP and its member parties have served as partners in IRI’s work both in the region and around the world.

At IRI, the delegation met with IRI President Lorne Craner and Vice President for Programs Tom Garrett to discuss trends in the European and American political landscape, including the results of recent European elections.  The EPP leadership also had meetings with Members of Congress, senior members of the administration, and key public and private sector leaders.  MEPs met with Senator Bob Bennett (R-UT), Secretary of Homeland Security Janet Napolitano and United Nations Secretary-General Ban Ki-moon.