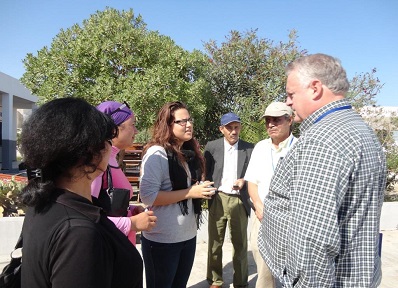 Ambassador Rich Williamson, who passed away suddenly on December 8, 2013, was a stalwart voice for the advancement of democracy throughout his career.

IRI chairman, Senator John McCain, said of Williamson, “He was an extraordinary American who devoted his life to public service and advancing human rights around the world.”  Going on to say, “Rich made an enormous difference in the lives of people around the world, and he will be dearly missed.  He loved his country deeply and dedicated his professional life to helping further our nation’s capacity as a force for good throughout the world.”

Madeleine Albright, former U.S. secretary of state and chair of the National Democratic Institute, noted, “In the last few years, Rich and I found that we shared mutual passions for aiding the spread of democracy and the prevention of mass atrocities… Through our work together, I came to respect Rich’s intellect, his courage, and his heart.”

At IRI we will most miss him for his support of our work around the word and for his advice and counsel in carrying out our mission.  He traveled extensively with IRI, leading election observation missions, meeting with activists trying to build a better future for their countries, and encouraging staff.  His commitment will be missed.

For those wishing to make donations to IRI in Ambassador Williamson’s honor, click on the button below and in the Dedication or Gift box type in Ambassador Rich Williamson.

For those sending checks, please note on the check that your donation is in memory of Ambassador Rich Williamson.  Checks can be mailed to: