IRI Announces Winners of the Mayor for a Day Contest 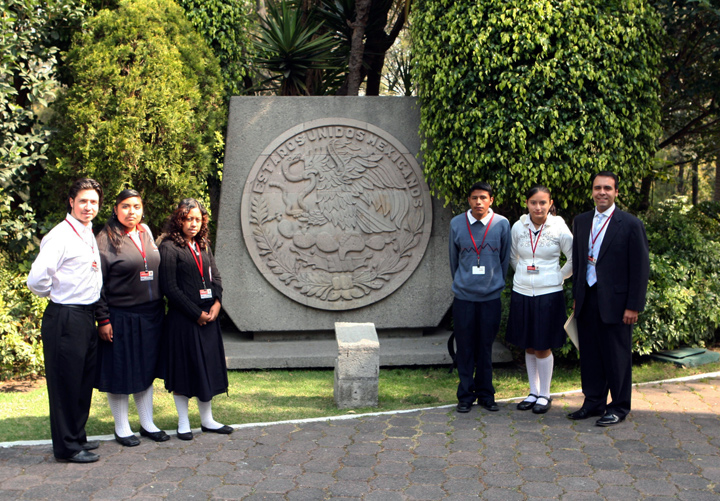 The International Republican Institute (IRI) sponsored the Mayor for a Day contest that brought the four contest winner to Mexico City to meet with members of Congress, congressional staff and the U.S. Ambassador to Mexico.  The contest asked middle and high school students from San Jacinto Amilpas and San Baltazar Chichicapam, in the Mexican state of Oaxaca, to write an essay and deliver a speech on how they would solve the most pressing needs in their communities if they were mayor.

Of the 143 essays submitted, a panel of municipal and IRI staff selected Augustin Ruiz Gonzalez (PDF), 18; Karina Guadalupe Espindola Castillo (PDF), 17; Perla Roxana Coronel Aleman (PDF), 15 and Milagros Santos Mejicanos (PDF), 14 as the winners.  In their essays and speeches, the students advocated for greater community activism to promote basic quality of life issues in their home municipality of San Jacinto Amilpas.  They also highlighted the importance of the municipal government’s role in reviving certain local customs and traditions that make San Jactino Amilpas stand out among the 569 other municipalities in the state of Oaxaca.

Following their trip to the capitol, the contest winners returned to Oaxaca with experience and knowledge to encourage greater citizen participation and youth involvement in their municipalities. They are expected to collaborate with the municipal government and schools in planning projects that will facilitate further development in their communities, such as through the creation of model student government clubs and local community service activities.

A panel of municipal employees from Oaxaca and IRI staff selected the four winning essays from 143 entries.  The trip to Mexico City exposed the contest winners to national-level politics and gave them a new appreciation for the structures and institutions of government.

The Mayor for a Day contest is part of IRI’s good governance program in Mexico, where the Institute is working with mayors and staff to improve service delivery and responsiveness to citizen needs and concerns.  The program enhances the level of communications between municipal governments and citizens.