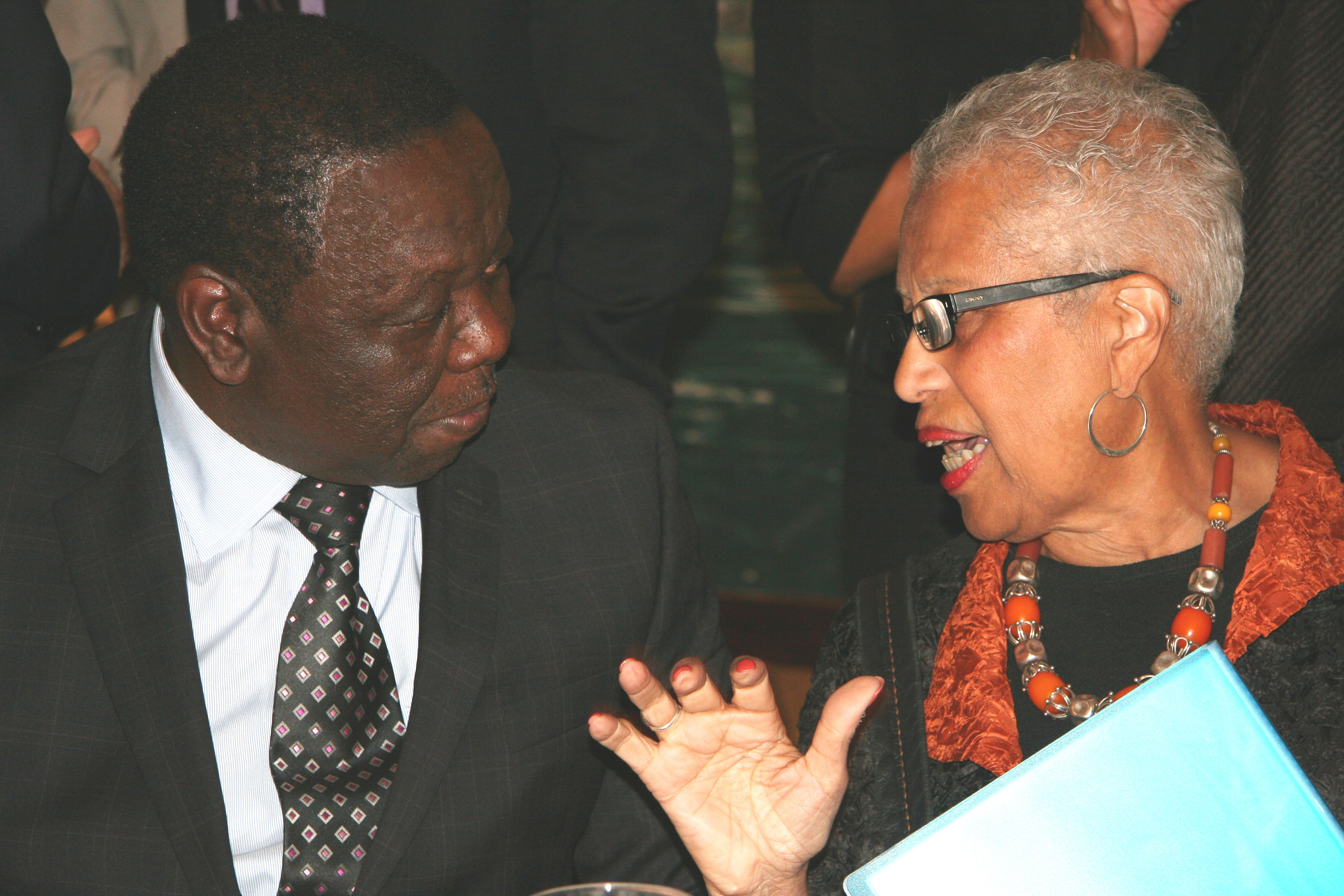 The International Republican Institute (IRI) and the National Democratic Institute (NDI) hosted a dinner in honor of His Excellency Morgan Tsvangirai, the Prime Minister of the Republic of Zimbabwe on June 11, 2009.  Prime Minister Tsvangirai and his government delegation were welcomed by Congressman Donald Payne, Chairman of the House Foreign Affairs Africa Subcommittee and Constance Berry Newman, former Assistant Secretary of State for African Affairs and current IRI board member.

In his address, Prime Minister Tsvangirai opened by thanking IRI and NDI for their continued support for a democratic Zimbabwe.  He said that, though the country still faced significant challenges, Zimbabwe had entered into a new era under the unity government.  The Prime Minister acknowledged international concerns regarding the performance of the unity government and outlined several measures that his government is undertaking to address these outstanding issues, including the constitutional review process, media freedom and rule of law.  In closing, he called upon the U.S. to support Zimbabwe’s fragile transitional government as the best hope for meaningful change for Zimbabweans.

In her opening remarks, Sec. Newman spoke briefly about her years working on and in Africa and Zimbabwe.  She went on to praise the Prime Minister for his commitment to Zimbabwe in spite of the harsh conditions Zimbabweans currently face.  Introducing Prime Minister Tsvangirai, Congressman Payne highlighted his recent trip to Zimbabwe during which he had the rare opportunity to assess the state of affairs under the inclusive government first hand.  Payne said was impressed by the resilience of the people of Zimbabwe and sees great hope for their future.
In February, former democratic opposition leader Morgan Tsvangiri was sworn in as Prime Minister of a unity government in Zimbabwe under the terms of the Global Political Agreement.  The Prime Minister and his delegation’s trip marks the government’s first official visit to the United States.  Over the course of the week, the delegation met with high level officials in the administration, including President Obama and Secretary of State Clinton, IRI Chairman Senator John McCain and many non-governmental organizations.