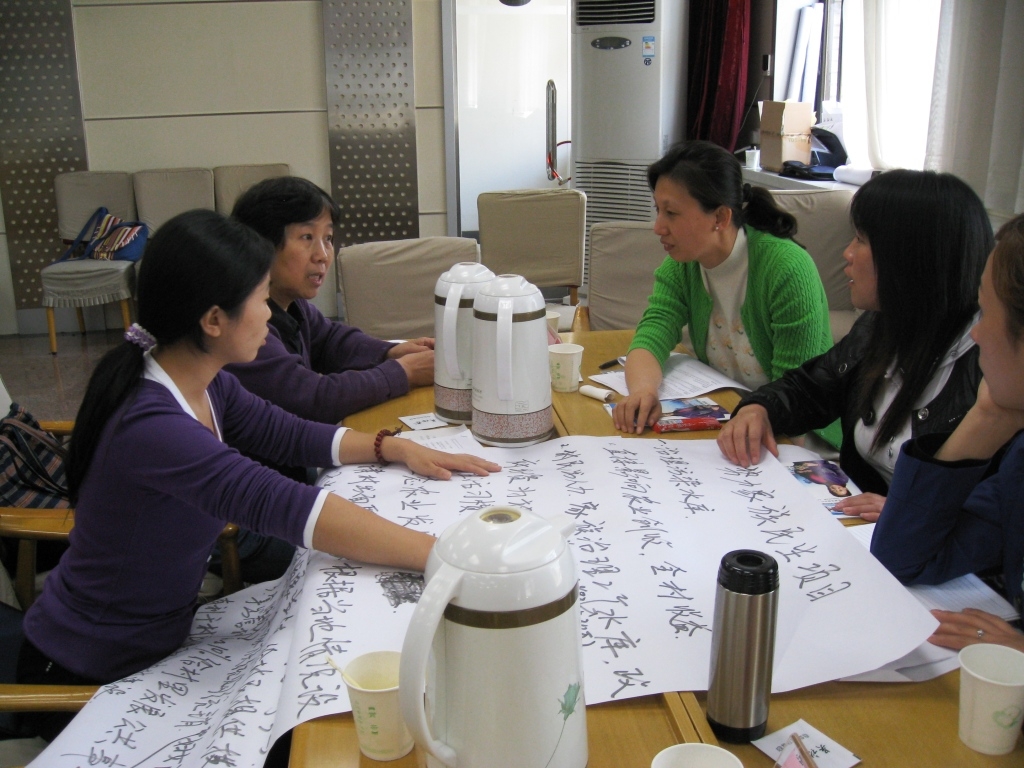 IRI, with the Beijing Cultural Development Center for Rural Women (BCDCRW), held a training from October 13-15, 2009 for women village leaders, county level staff from the All-China Women’s Federation and BCDCRW staff.  Titled Promoting Rural Women’s Political Participation:  Developing Leadership and Good Governance Skills, the training was a pilot project to provide women leaders with the skills necessary to effectively govern and cooperate with other local leaders.

During the training, participants were divided into local special interest groups and government groups typical of an ordinary Chinese village.  Using the profile of a fictional village in China, the interest groups were tasked to identify and prioritize policies and projects that would make a positive impact for the public and advocate for two hypothetical public projects that would most benefit the village.  The government groups had to balance the needs of the community and the requests from the special interest groups in order to select which projects to support.  The training helped participants develop strategies to reconcile competing interests and build consensus when making governance decisions.

The training content was adapted from an IRI’s Women’s Democracy Network (WDN) workshop held in Seoul, South Korea in December 2008 and refelected on-the-ground conditions and challenges rural women leaders face in China, such as entrenched stereotypes of women’s roles and a lack of resources.  The innovative participatory method of the Seoul workshop remained intact and the training included a session led by WDN member Delgermaa Banzragch, the President of the Democratic Women’s Union of Mongolia.

The success of the training convinced BCDCRW that such a model can be effectively implemented at China’s local levels.  IRI’s prior trainings with BCDCRW on gender awareness, China’s Village Election law and procedures, and the importance of rural women’s political participation have reached thousands of women and men throughout China.  This training’s focus on capacity building of elected women leaders will be a strong addition to the organization’s repertoire and outreach.