Vienna, Austria – President of the European People’s Party Wilfried Martens joined representatives of Europe’s most prominent political party foundations in Vienna, March 22 and 23, for the Atlantic Seminar on Understanding Political Islam.  Hosted by the Politische Akademie of the Austrian People’s Party and co-sponsored by the Centre for European Studies of the European People’s Party and IRI, the gathering provided an in-depth look at the phenomenon of Political Islam and considered new approaches to engaging and cooperating with these political parties and movements in the Euro-Mediterranean and Middle East regions. 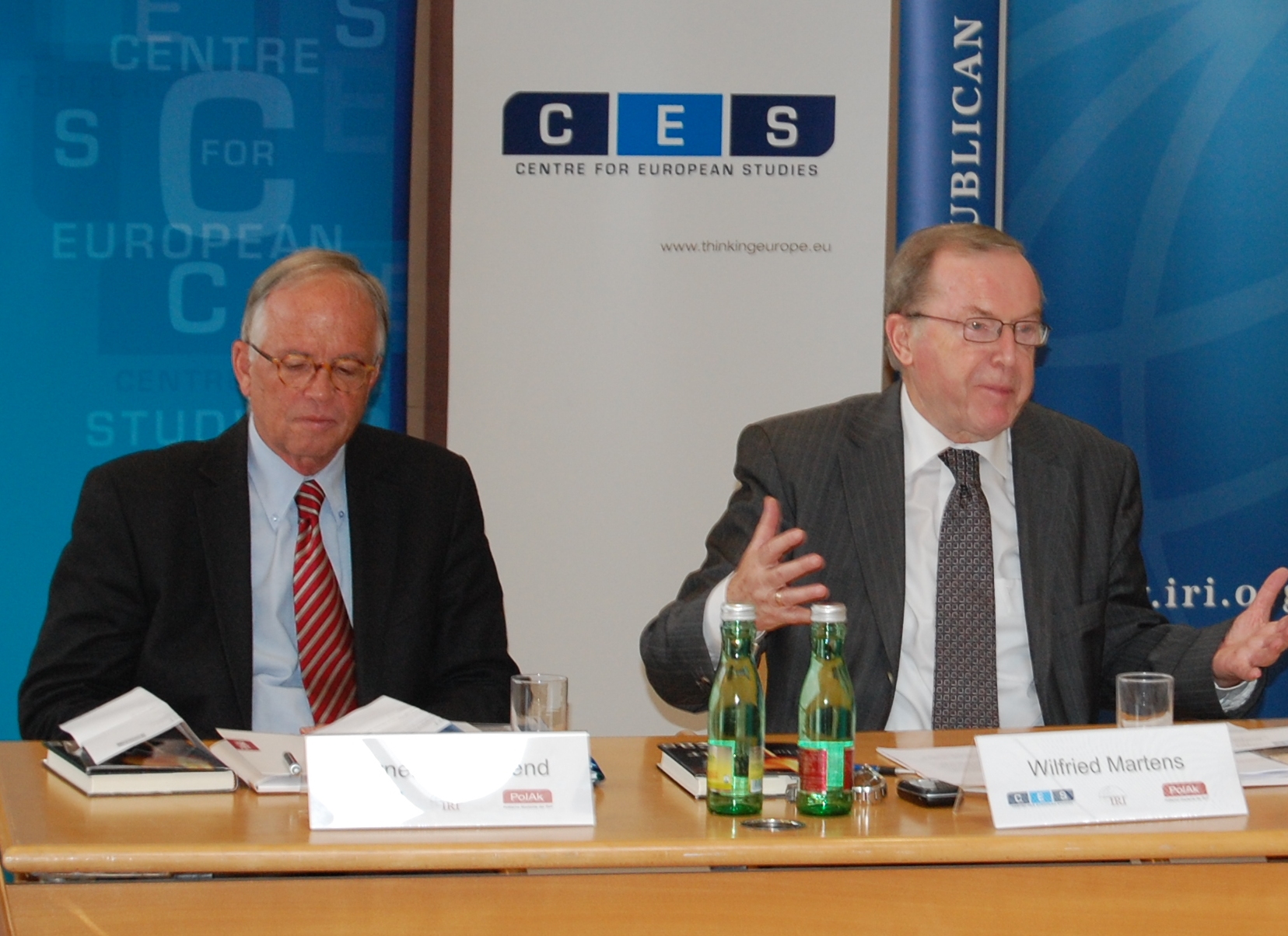 “It’s politics versus religion and which comes first,” said Ambassador Olof Ehrenkrona, a senior advisor to Swedish Foreign Minister Carl Bildt, summarizing the discussion of approaches to engagement in the region.  Determining the difference between Islamist groups and pro-democracy movements depends on answers to a few basic questions.  “Is politics a means of achieving religious goals?  Or is religion a source of values and principles that guide politics?” said the ambassador.

Seminar participants also included Werner Fasslabend, former Minister of Defense of Austria and president of the Politische Akademie; Alberto Carnero, director of International Programs at the Fundacion para el Análisis y los Estudios Sociales in Spain; and David Vriesendorp, member of the Board of Directors of the Eduardo Frei Foundation of the Netherlands.  Andreas Jacobs and Jan Senkyr represented Germany’s Konrad Adenauer Foundation.

The seminar discussion was based on several studies contributed by notable Islam scholars and made possible by a grant to IRI from the Donner Foundation.  Walid Phares of the Foundation for Defense of Democracies presented an introduction to the general phenomenon of Political Islam, focusing in detail on the ideological identification of different political groups and the debate that surrounds labels like “Islamic” and “Islamist.”  Amr Hamzawy of the Carnegie Middle East Center presented case studies, providing a detailed account of specific political parties considered part of the larger movement from Morocco to Egypt and Yemen.  Other contributors included Lorenzo Vidino, author of a forthcoming book on the Muslim Brotherhood in the West, and Gunter Seufert, a correspondent for Berliner Zeitung who spoke on the success of the Justice and Development Party in Turkey.

The Atlantic Seminar on Understanding Political Islam is part of a larger initiative of IRI’s Regional Program for Europe to work in collaboration with European partners on democracy promotion.