It is with great sadness that we learned that one of IRI’s long-time partners, Ana Patricia Chin Alvarez, was murdered this week in Guatemala City. 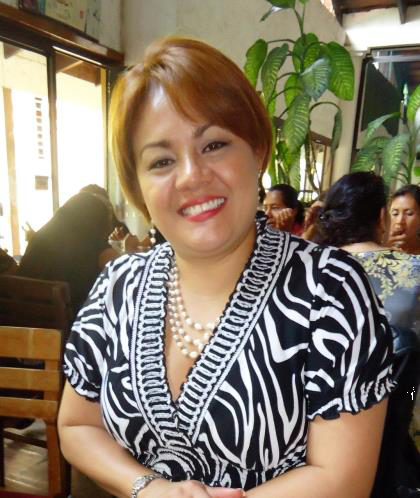 Washington, DC – It is with great sadness that we learned that one of IRI’s long-time partners, Ana Patricia Chin Alvarez, was murdered this week in Guatemala City.  Patty, as she was affectionately known, was a dedicated and fearless lawyer and activist, fighting for the rights of women and children, and against domestic violence.  She dedicated her life to the pursuit of justice, fairness, equality and the rule of law.

A founding member and leader of the Institute’s Women’s Democracy Network (WDN) Guatemala Country Chapter, Patty spearheaded efforts to break down barriers barring women’s participation in the development of national policy.  In 2011, she ran as a candidate for Congress with the Libertad Democrática Renovada (Renewed Democratic Liberty) Party, while working to ensure more women were able to compete as candidates and serve as election observers.

Patty worked tirelessly to advance women’s rights.  She was a leader of WDN’s Women’s Leadership School in Guatemala, she led the Guatemala Chapter’s Women’s Political Education Forums, and she worked with IRI to reduce violence and boost social inclusion of women in order to help open opportunities for more women to become involved in politics.

What happened to Patty is a travesty and she will be deeply missed.  She was a trailblazer, a leader and an inspiration to all.  Guatemalan democracy is that much stronger for her tireless efforts.  IRI is honored to call her a friend.