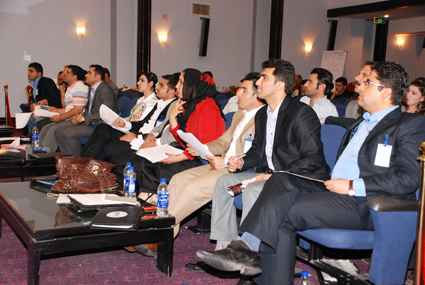 The North Youth Center, a long-term partner of IRI based in the Kurdistan Region, is hard at work building a coalition of more than 50 local and regional non-governmental organizations (NGO) and Kurdish lawmakers to discuss a new draft law.

In early April, representatives from the North Youth Center and more than 35 other NGOs met with the Kurdistan Parliament’s Civil Society Affairs Committee, a group of politicians eager for input on reforming the NGO system.  Encouraged by the meeting’s fruitful discussion, the North Youth Center took a leading role in organizing a much larger conference in Erbil on April 25 and 26.  With more than 55 local groups as part of the NGO law coalition, attendees at the “Regional NGO Law Conference” developed amendments and made recommendations on the draft law.

One of the conference’s most innovative recommendations was to create a commission in the Kurdistan Regional Government much like the United States Agency for International Development.  The commission would award money to NGOs based on their project proposals and results, a system that would ultimately strengthen and legitimize the role of NGOs in Kurdistan.

In the weeks following the conference, working groups met to refine the recommendations of the conference for presentation to the Prime Minister and the Parliament’s legal office.  These recommendations were delivered on May 18, and in a move towards government transparency, the Prime Minister’s office invited working group members to attend the Kurdish Parliament’s Legal Committee meetings pertaining to the new law.

“If getting a donation is based on a good project proposal, then eventually those NGOs that are not active will close their offices,” said North Youth Center head Sirwan Abbas in a press conference.

The North Youth Center’s campaign to reform the NGO law has helped foster a growing rapport between the NGO community and the Kurdish government.