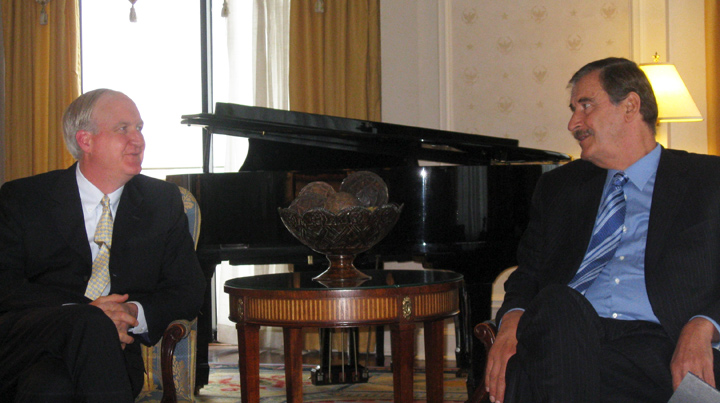 During the meeting Fox and Craner discussed the importance of working on issues related to democratization, increased entrepreneurship, economic empowerment, and human rights in Latin America and the Caribbean.

Centro Fox is a new, nonprofit presidential library and research center dedicated to the promotion of freedom, equality, and democratic thinking in Mexico and Latin America.