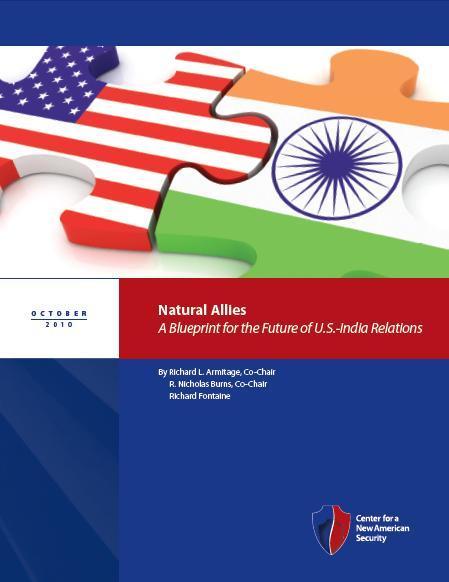 IRI President, Lorne Craner, recently served on a nonpartisan working group of experts organized by the Center for a New American Security (CNAS) to look at U.S.-India relations.  The resulting report, Natural Allies: A Blueprint for the Future of U.S.-India Relations, was written by former Deputy Secretary of State Richard L. Armitage, former Under Secretary of State for Political Affairs R. Nicholas Burns and CNAS Senior Fellow Richard Fontaine.

Natural Allies recommends that the United States deepen relations and strengthening collaboration in a number of areas including promoting democracy and human rights.  The report calls on the two countries to “work together to spread the culture of democracy in lands where it does not yet exist.”

CNAS is an independent and nonpartisan research institution that develops strong, pragmatic and principled national security and defense policies that promote and protect American interests and values.