IRI Statement on the Death of U Win Tin 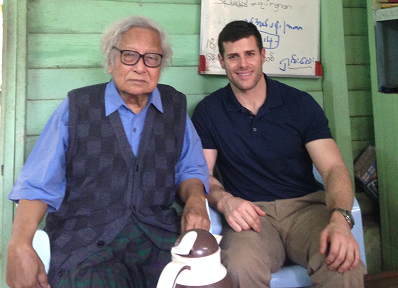 Washington, DC – “IRI is saddened to learn of the death of U Win Tin, a prominent Burmese democracy activist and journalist who was a founding member of the National League for Democracy.  He will be remembered for his unwavering commitment to democracy and human rights in Burma.

“Win Tin, who founded the pro-democracy National League for Democracy along with Aung San Suu Kyi, sacrificed almost 20 years of his life in prison for his political beliefs.  While in prison, Win Tin received several international press freedom awards for his contribution to the defense and promotion of freedom of the press.  After his release, Win Tin, a chief strategist for the National League for Democracy, returned to politics and continued to advocate for democracy and human rights in Burma.

“Win Tin will also be remembered for his efforts to support current and former political prisoners and their families, and his work with youth to encourage their active participation in in Burma’s public life.”