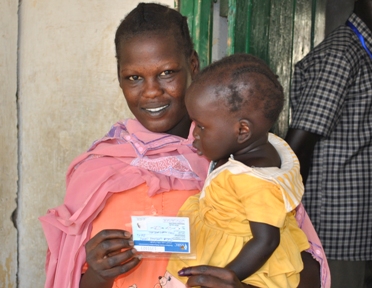 On January 9, 2011, Southern Sudan began its referendum on self-determination.  After a week-long polling process marked by high voter turnout in favor of secession, Southern Sudan will soon become the world’s newest nation.  On Sunday, the Southern Sudan Referendum Bureau, which oversees the referendum process, announced the preliminary results.   An overwhelming majority of voters in the South – 99.57 percent – voted for secession, with more than 98 percent of registered voters taking part in the plebiscite.  The official results will be announced February 7, barring appeals to the counting process.

Preparing political parties for the referendum has been a primary objective of IRI’s work in Sudan and in an effort to ensure an efficient and informed referendum process, IRI carried out two types of trainings for political party members: One for the voter registration process and the other for the polling, sorting and counting process.

The success of the Institute’s pre-referendum county-level training campaign is a testament to its ability to adapt to the needs of its participants.  The idea to host trainings at the county-level was a result of recommendations from participants who feared that the majority of Sudanese outside the major cities were uninformed about the referendum process.  The Institute’s flipcharts and videos, which visually demonstrate the voter registration and polling, sorting and counting processes, proved to be excellent resources in a country with a high illiteracy rate.

The results of the training campaign are undeniable.  The large number of participants trained undoubtedly aided to the efficiency and tranquility that characterized the polling period of the Southern Sudan referendum.

The briefings were accompanied by a short guide summarizing the act.  Produced in both English and Arabic, the guide was one of the first voter education tools developed.  IRI distributed more than 20,000 copies throughout the country.

Political Party Observer Trainings
IRI provided trainings for political party observers prior to the voter registration and polling, sorting and counting processes of the Southern Sudan referendum.  The Institute hosted trainings in all 25 states, training more than 9,000 observers from more than 60 political parties.  IRI hosted trainings on the county-level in Southern Sudan, in addition to the state-level in Northern Sudan, reaching very remote and distant areas of the country.  These trainings were accompanied by an IRI-developed party observer manual and training video.

Referendum Training Materials
To assist with the party observer trainings, IRI developed training manuals, videos, flipcharts and toolkits for both the voter registration and the polling, sorting and counting processes.  These materials included observation forms to assist in observing and reporting the process.

Executive and Legislative Support
IRI briefed several state-level government referendum taskforces on the Southern Sudan Referendum Act and worked with the SSLA Parliamentary Ad-hoc Committee on the Referendum and the GoSS Referendum Taskforce 2011 to assist with training needs.  The Institute provided copies of IRI-produced referenda education materials to these partners.