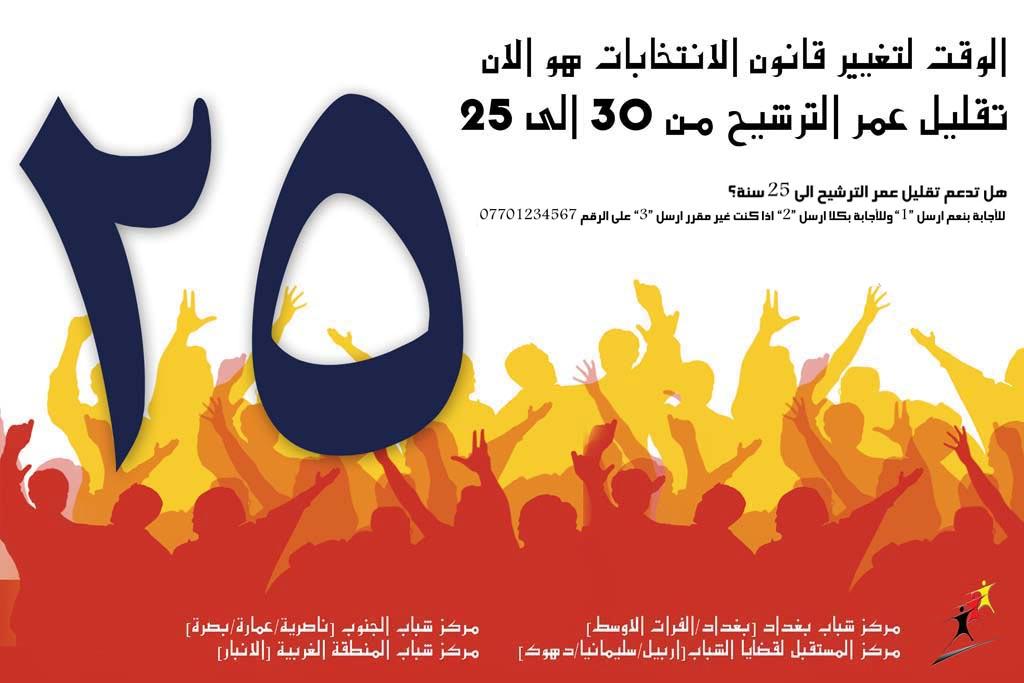 A “Campaign 25” billboard produced as part of an IRI advocacy program.

For those of us who work in the sphere of democracy promotion, one of our priorities is to get more people involved and excited about participating in the democratic process. This is not always easy through regular training seminars and roundtables, which are generally more technical and academic in nature, and can end without a sense of the tangible. This is where advocacy campaigns as training tools can provide a new way of approaching our work.

An advocacy campaign is simple: it is a campaign to advocate a type of change, either voluntary behavioral change such as encouraging people to cast their ballot on Election Day or mandatory change, such as passage of legislation.

An advocacy campaign as a training tool has many advantages over other forms of training. For example, an advocacy campaign attempts to solve an actual problem while training people in the process. Legislators who before the campaign may not have been aware of the issue are educated, not only about the issue but about the organization conducting the campaign.  Even if a campaign doesn’t alter legislation, those involved in the campaign are still learning how to advocate for change. The outcome becomes less important than the process, though a successful campaign does have the added benefit of making participants feel empowered while also fostering social change.

The International Republican Institute has used advocacy campaigning as a training tool with much success in many countries, most recently in Iraq. With IRI’s assistance, youth centers managed by young Iraqis across the country, working in coordination with one another, have been advocating for a change in the law which places a 30 year age minimum on candidates for public office.  With more than half of the population in Iraq under the age of 30, this law effectively disfranchises young adults from an active form of political participation. In this case, it is easy to see how other avenues to express their discontent, such as involvement with radical groups, can become more attractive.

Through campaign training, peer mentoring, developing advertising strategies and lobbying their legislators, the youth center located in Northern Iraq was successful in its efforts when the Kurdish Regional Government’s chief legislative body passed legislation in 2009 lowering the age at which someone could become a candidate in the Kurdish region from 30 to 25. “Campaign 25”, as it is called, is modeled after a similar campaign which succeeded in neighboring Turkey.

Young Iraqis continue to advocate for this change to be passed by Iraq’s national parliament. In the meantime, they are learning skills that will serve them well, especially if they are able to be and decide to become candidates for public office. As a training tool, the advocacy campaign continues to make an impact in Iraq and should be used as a model training tool everywhere possible.