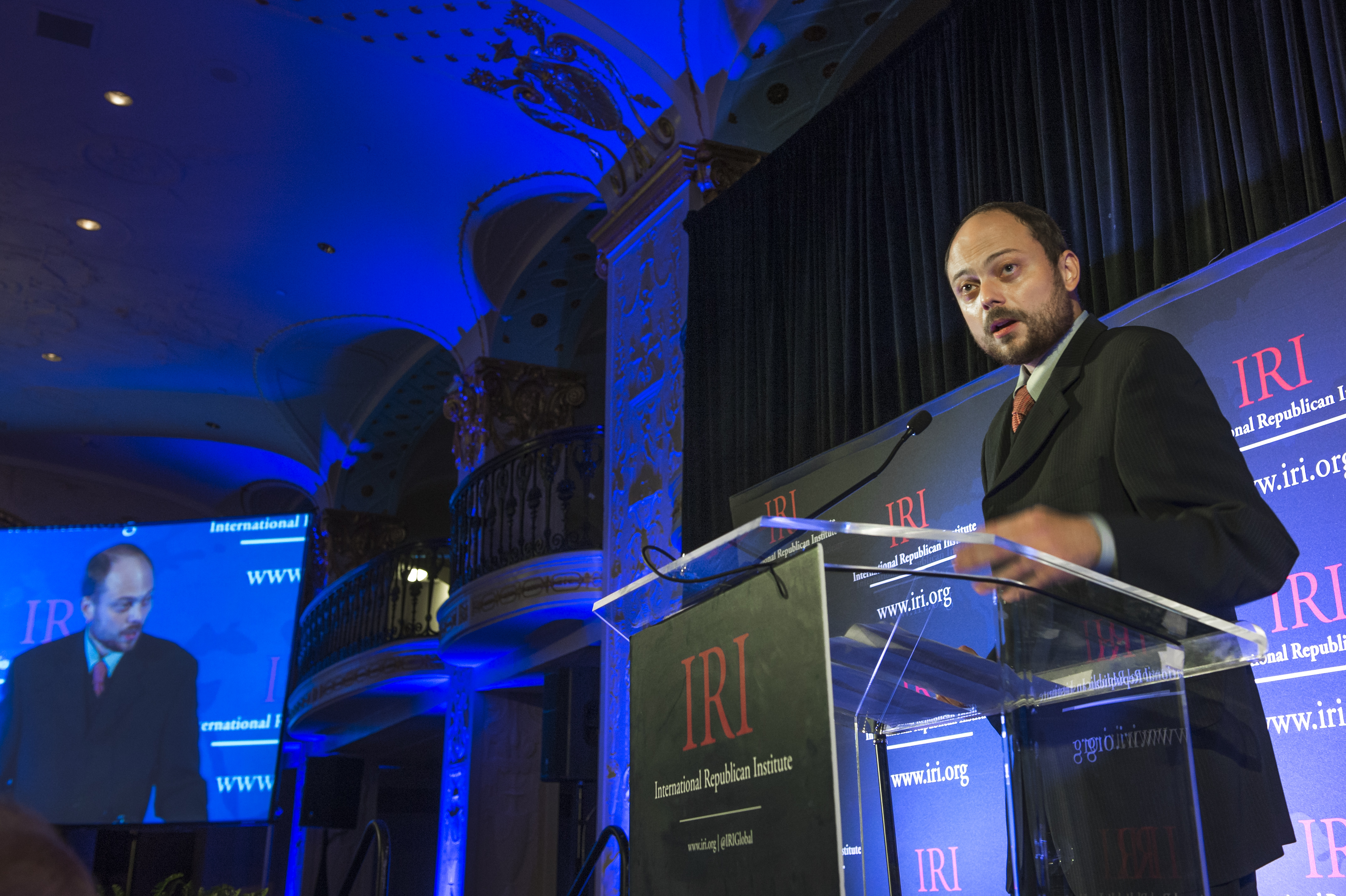 Washington, D.C.—The International Republican Institute (IRI) wishes to extend our best wishes for a full recovery to Vladimir Kara-Murza, the Russian pro-democracy activist hospitalized last week. This is the second time in two years that Kara-Murza has fallen gravely ill from what is suspected to be deliberate poisoning.

“After Vladimir was first poisoned in 2015, the last thing you would think he would want to do is return to Russia,” said Senator McCain. “But his love of country and his commitment to defending the rights of all Russians wouldn’t permit him to stay away. He is once again fighting for his life because of his bravery, and I know I join many others in my prayer that he wins that battle.”

Ambassador Green echoed Senator McCain’s sentiments. “Mr. Kara-Murza is that rare and precious thing: a patriot who will sacrifice everything for the cause of freedom.” Reflecting on meeting Kara-Murza in 2015, Dr. Ibrahim said “Vladimir’s struggle to advance democracy in Russia struck a chord with me, because I’ve seen that same commitment to self-government and freedom throughout Africa. I hope he recovers quickly from his illness so that he can continue this vital work.”