On June 29, Mongolia held its eighth parliamentary election since the transition to democracy in 1990, with voters overwhelmingly supporting the Mongolian People’s Party (MPP). 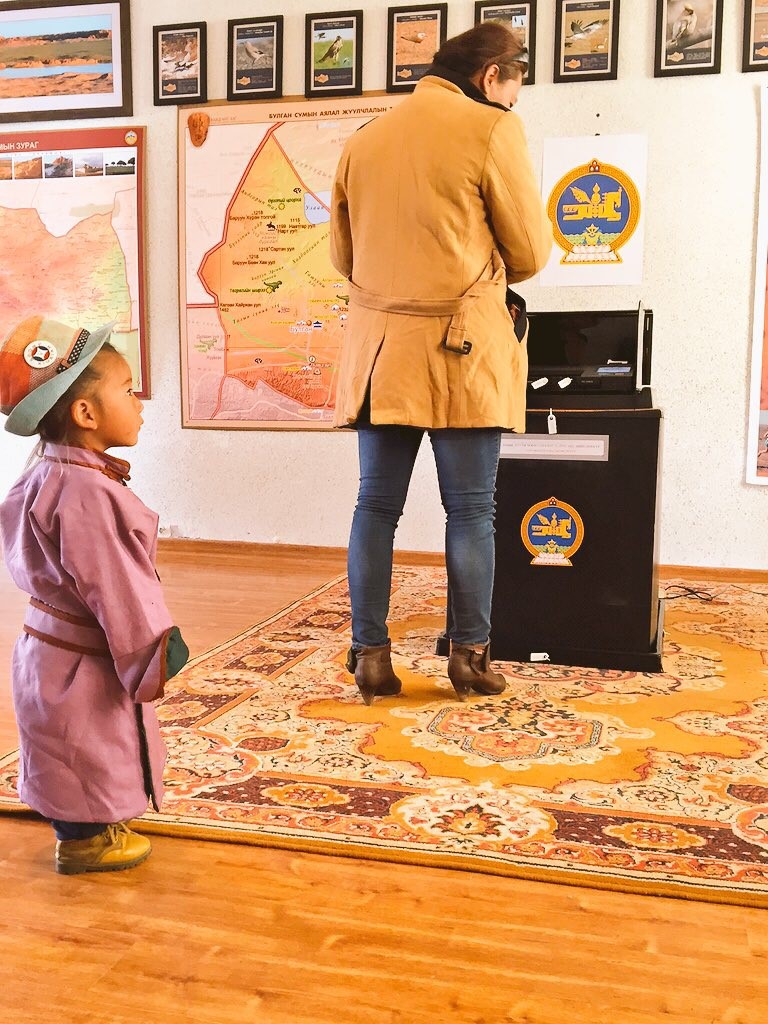 Winning 65 seats within the 76-member parliament, the State Great Hural (SGH), the MPP’s supermajority will allow it to direct legislative priorities for the next four years and pass legislation without requiring support from other parties within parliament.  At the provincial level, the MPP has secured the majority position in 20 of the 21 Citizens’ Representative Khurals and has won 34 of the 45 seats on the Ulaanbaatar city council.

Voter dissatisfaction with the Democratic Party (DP) was high, with 61 percent of respondents in IRI’s March 2016 public opinion poll of voting-age Mongolians indicating that they believed the country was going in the wrong direction, predominantly as a result of poor economic performance and unsatisfactory governance.

The positive impact of the government’s infrastructure development— combined with last minute shows of economic strength and perceived voter apathy— led many to project that neither the MPP nor the DP would win an overwhelming majority.  However, with turnout at 72 percent (seven points higher than 2012 and the first increase in turnout for a parliamentary election ever), voters made it clear that they want significant change.

Despite concerns that the electoral environment could result in a net decrease of female parliamentarians, women won 13 seats in the SGH, only two of whom are incumbents, both from the MPP.  This unexpected increase in women’s representation— rising to 17 percent from 14 percent—tracks with the findings of IRI’s March poll, in which two-thirds of respondents indicated they wanted to see greater support for women candidates.

Recent changes to the election law shifted the electoral process from a hybrid system that combined a proportional party list with majoritarian elements to a purely majoritarian system.  The change was made in response to a Constitutional Court ruling that the proportional list hindered voters’ right to choose their political leaders, but was widely perceived to have been encouraged by the major parties in an effort to fend off challenges from rising smaller parties and independent candidates.

The shift to a majoritarian system negatively impacted the electability of smaller parties and independent candidates.  The new parliament will include only one representative from the Mongolian People’s Revolutionary Party (MPRP) and one independent candidate.  Surprisingly, many politicians perceived as being popular lost their mandates as voters demonstrated little interest in re-electing incumbents, including candidates who had dominated news cycles.  As a result, there will be 40 new members in parliament.

This is the fourth time in 26 years that Mongolia will transfer power from one party to another, always going back-and-forth between the MPP and the now-defeated DP (though in 1996 and 2004 the DP was a coalition as opposed to a unified party).  Prior to 1990, the MPP, then known as the Mongolian People’s Revolutionary Party (not to be confused with the party existing by that name presently), held power as the sole political party since independence in 1911.  Since the democratic transition, the MPP has won enough seats in the SGH to secure their position as the ruling party following the 1990, 1992, 2000, 2004 and 2008 elections.

Electoral processes were judged as “orderly and fair” by the OSCE’s international election observation mission, which released its preliminary election findingson June 30.  The OSCE stated that the right to vote was respected, but the secrecy of individual votes was not consistently ensured and the pre-election legal and systemic changes raised questions about political influence over the elections.

As the MPP develops its governing plan it will need to make many decisions that will influence government continuity and structure. Complete turnovers of government agencies, while a frequent occurrence in Mongolia, typically result in a loss of institutional knowledge and is accompanied by administrative changes that disrupt public initiatives already in progress and delay responsiveness to citizens seeking services.

The economy will continue to be a top priority for citizens and they will expect the MPP to take steps on macroeconomic policy that promotes employment and manages Mongolia’s debt and spending levels. The strong mandate that citizens have given the MPP will be accompanied by corresponding expectations for rapid performance and results, making communication, consultation and engagement with citizens a paramount consideration.

IRI will be fielding another nationwide public opinion survey in the summer of 2016 to gain insight from Mongolians on their priorities, concerns and preferences for the new government.