On June 25, 2017, Albanian citizens will go to the polls to vote in parliamentary elections against a backdrop of domestic political turmoil and polarization between the two major parties. 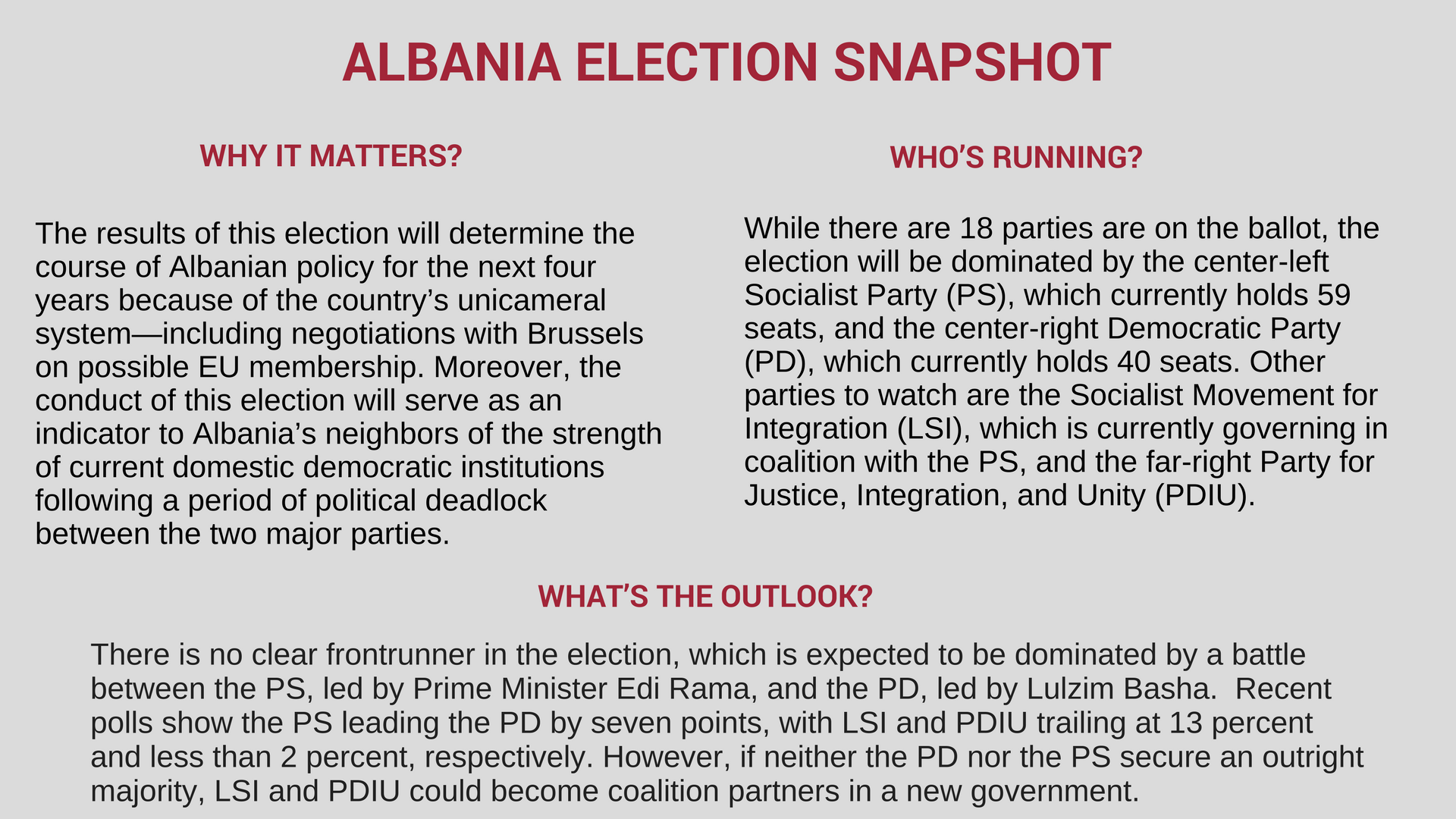 This election captured international attention earlier this year when the center-right PD and other opposition parties threatened to boycott the ballot in protest against the ruling center-left PS.  Domestic tensions have been evident in numerous DP-led street protests, demands for the resignation of the Prime Minister and a protracted standoff between the two major parties. Consequently, the manner in which the parliamentary elections are conducted will be seen by many observers as an indicator of the health of Albanian democracy. As with other Western Balkan states, economic growth and government corruption have been key topics of debate in the run up to Election Day.

The direction of a future government is unclear, as surprise gains by either of the dominant parties or minor parties could impact any potential coalition government. Although polls currently give the PS a slight edge, recent predictions indicate potential gains for the PD. Although the general atmosphere may be tense, the election is expected to be free and fair, and the major parties are anticipated to accept the results.