On Sunday, February 19, Ecuadorians will vote in presidential and legislative elections and in a plebiscite on the use of tax havens by elected officials. The country will go to the polls against a backdrop of economic stagnation and allegations of corruption within the political elite. 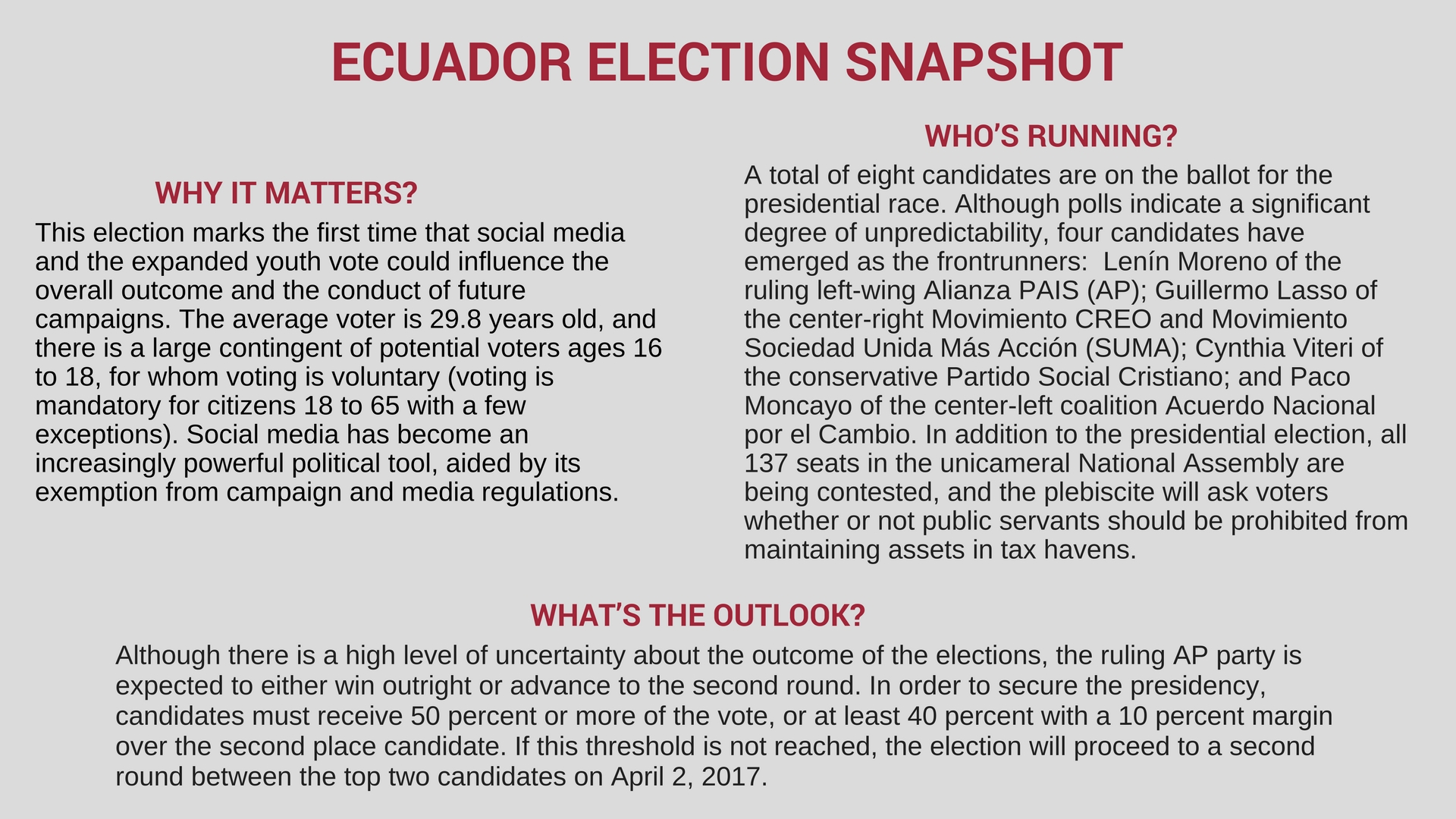 Public opinion research indicates that Ecuadorians are most concerned about the economic crisis (stagnant economic growth, rising levels of debt relative to GDP, and high value-added tax rates); rising unemployment and high levels of underemployment; and corruption. Allegations of high-level corruption have recently dominated the news, with candidates from multiple parties implicated in the Panama Papers and Odebrecht scandals in the past year. This development directly influenced the decision to hold a referendum on tax havens.

Polls have varied wildly, particularly regarding which second place candidate has the best change of advancing to a second round contest against Lenín Moreno. The evidence indicates that the electorate is both undecided and apathetic. Some observers have speculated that mandatory voting may mean that this indifference manifests in a higher number of spoiled ballots. If a significant portion of voters take this route, the smaller pool of valid votes could make a first round victory more likely. Despite the potential to capture a large new constituency by appealing to younger voters, the leading parties have made little effort to attract the youth vote.