On Sunday, February 19, Ecuadorians voted in presidential and legislative elections and in a plebiscite on the use of tax havens by elected officials. The presidential contest has proceeded to a runoff, to be held April 2, 2017, and will take place against a backdrop of economic stagnation and allegations of corruption within the political elite. 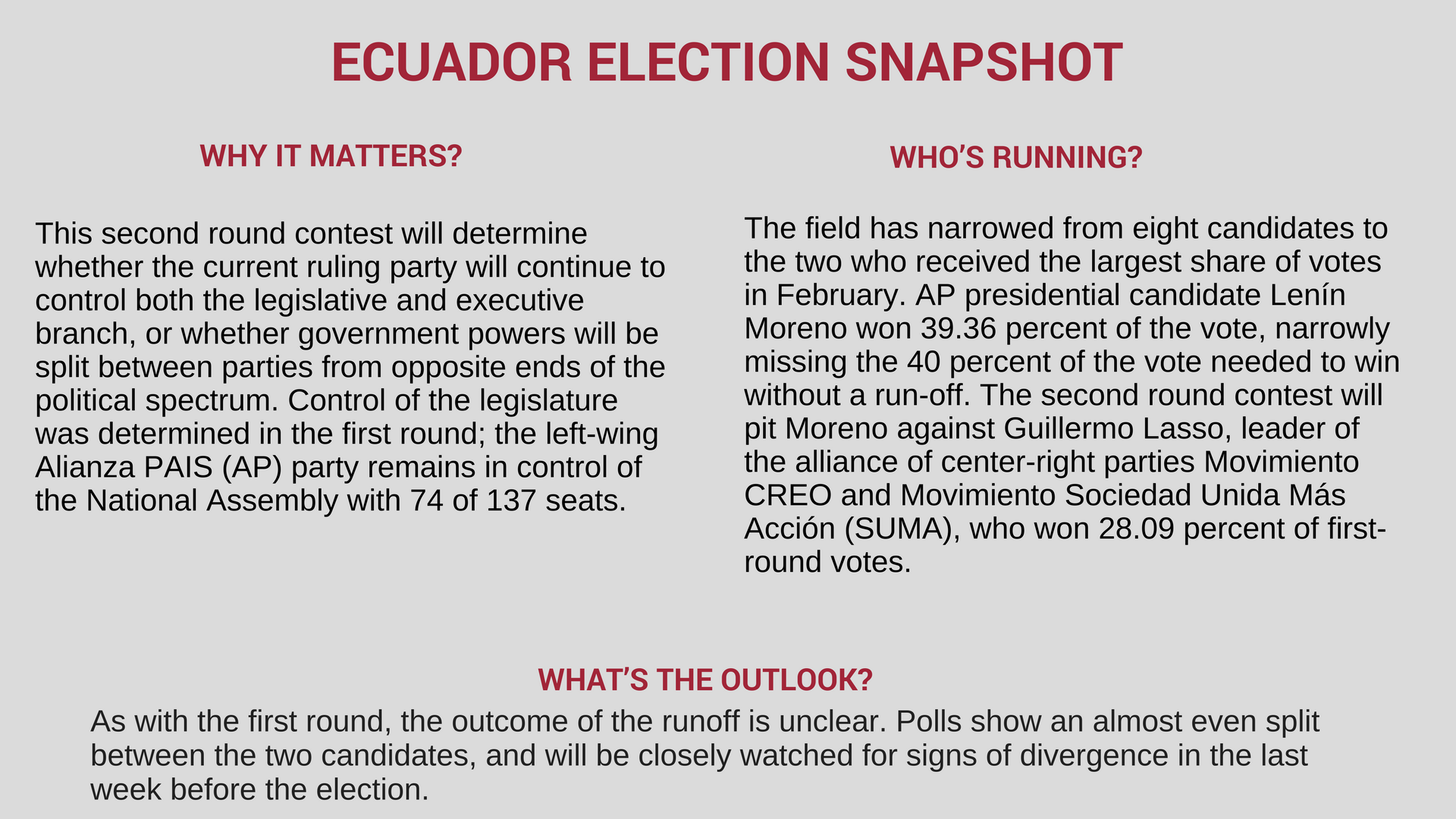 Public opinion research indicates that Ecuadorians are most concerned about the economic crisis (stagnant economic growth, rising levels of debt relative to GDP, and high value-added tax rates); rising unemployment and high levels of underemployment; and corruption. Allegations of high-level corruption have dominated the news, with candidates from multiple parties implicated in the Panama Papers and Odebrecht scandals in the past year.

The second round contest has been an extremely close race. The campaign period for the run-off began March 10, and has been dominated by personal attacks between the opponents. The absence of substantive discussion has heightened political apathy among voters and undermined the ability of citizens to make informed decisions.

Tensions have been exacerbated by the delay in the release of official results after the first round election. Election authorities did not release official results for more than two days, waiting until all the votes were officially tallied due to the close margin. This prompted demonstrations, which are expected to be repeated if there is a delay in an announcement of the second round election. The National Electoral Council has confirmed that it will wait until 100 percent of votes are counted before announcing the official results for the second round if the results are as close as polls indicate.