On October 8, 2016, Georgians will go to the polls to vote in parliamentary elections. The contest is expected to be highly competitive, and will take place in an environment of widespread dissatisfaction with the country’s trajectory and concern over high unemployment. 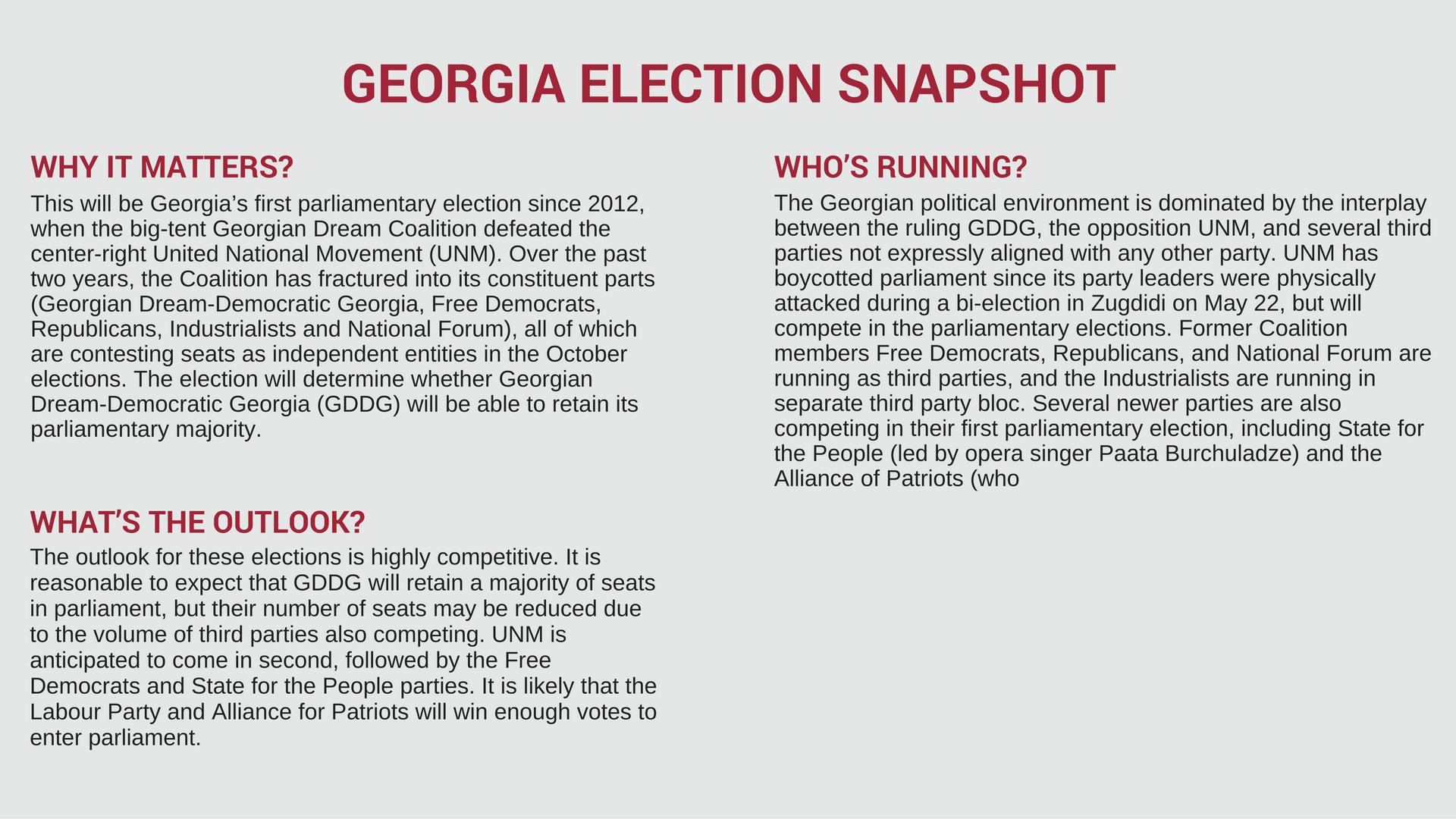 According to IRI’s latest nationwide poll (conducted in April 2016), 70 percent of voters believe that the country is heading in the wrong direction, and 86 percent believe that the political spectrum is polarized. The issues of greatest concern to the electorate are unemployment (45 percent) and the economy (17 percent).

The specter of Russian revanchism and the ongoing occupation of Georgian territory by Russian troops remains a significant concern on the foreign policy front. With the exception of the Alliance for Patriots, all significant political parties competing in this election are in favor of Georgia’s continued efforts to move towards integration with the European Union and NATO.

All 150 parliamentary seats are being contested in the October election, including 77 party list seats and 73 majoritarian (single mandate) seats. There will also be two mayoral elections, five gubernatorial elections and local council by-elections in five cities.

The outlook for these elections is highly competitive. There have been complaints from opposition parties regarding the conduct of elections by Georgia Dream, and the pre-election environment has featured some tense confrontations between opposing party activists. However, these episodes have been limited in scope and are not anticipated to prevent Georgia from holding free and fair elections.

Eighty-seven percent of respondents in IRI’s April 2016 said that they were likely to vote in the election. The turnout in the 2012 parliamentary elections was 61 percent, while turnout for the 2013 presidential elections was 47 percent.

Taking into account the presence of third party candidates, it is reasonable to expect GDDG to retain its majority in parliament, but with a reduced number of seats. UNM appears likely to come in second, followed by the Free Democrats and State for the People parties, with Labour and Alliance of Patriots also gaining seats.