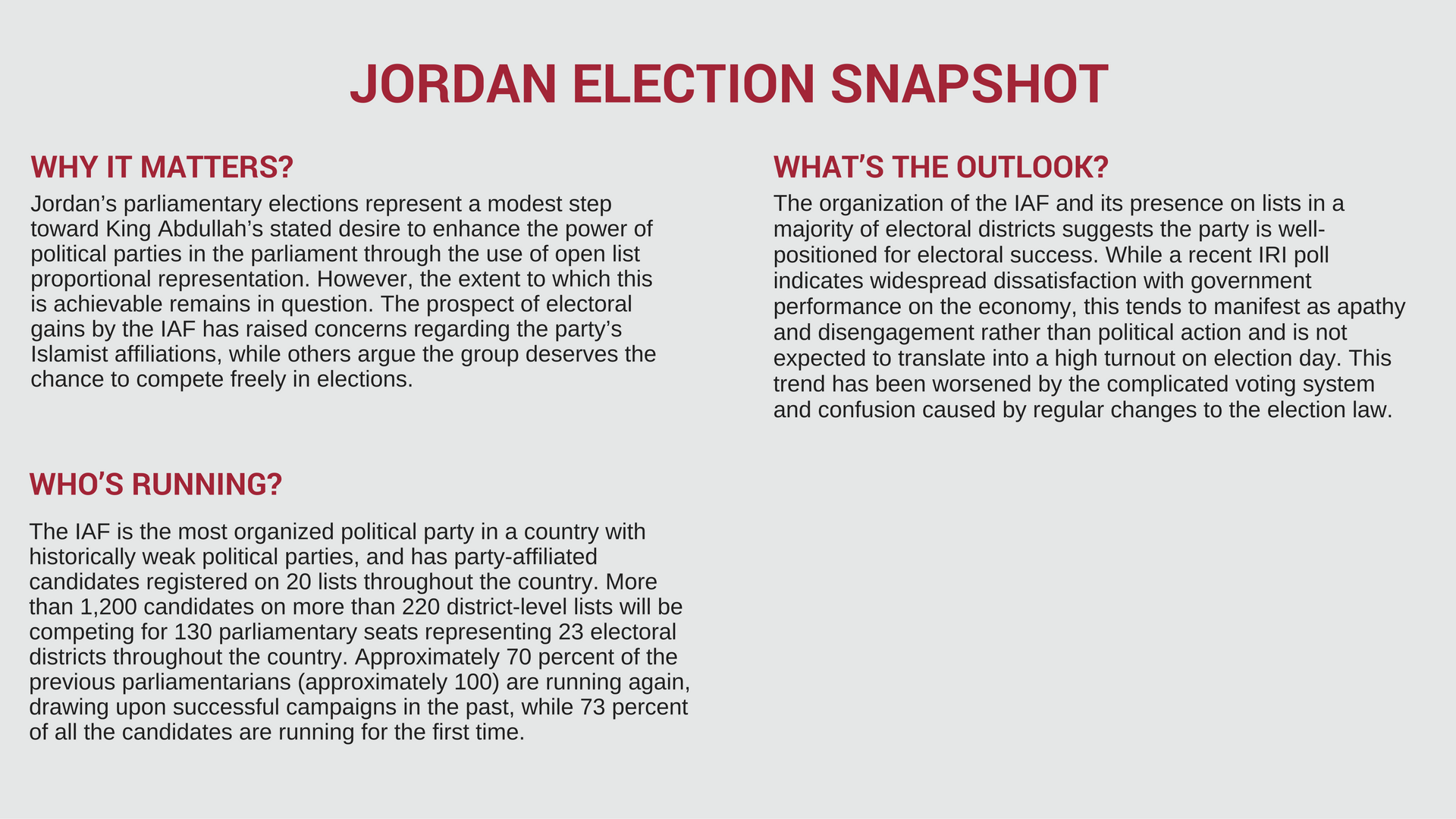 Although more than 50 percent of voters participated in the 2013 elections, voter apathy remains a significant challenge. Many citizens are dissatisfied with their elected representatives. They view the parliament as ineffective, and its members as motivated purely by personal gain. The economic downturn has intensified disaffection with parliament and governmental performance.

Public opinion research indicates that voters are calling for greater women’s participation in the political and economic system, employment opportunities for youth, and the improved inclusion of persons with disabilities. A parliamentary quota for women requires a minimum of 15 seats (out of 130), while nine seats have been reserved for Christians, and three seats set aside for Chechens and Circassians. Political party representatives comprise only 18.5 percent of candidates, and just 6 percent of lists are affiliated with one specific party while 11 percent are mixed. Thirty-nine percent are independent, and 43 percent are solely based on tribal affiliations. The majority of voters base their voting habits on tribal affiliation, community roots, and identity rather than approaches to policy.

The government has dispensed with the voter registration process: anyone above the age of 17 with a national ID is now automatically registered to vote, doubling the number of eligible voters (4.1 million, up from 2 million). Consequently, voter turnout as a percentage is likely to decrease while the actual vote count is expected to increase slightly. Election-related violence is not anticipated, although the results may trigger tribal rivalries with the potential to escalate into localized violence in some areas.

As noted in IRI’s pre-election assessment, the complexity of the election law is expected to result in large number of spoiled ballots. Jordan has utilized a different electoral system in each of the last four elections. Few Jordanians, according to IRI polling, are aware of the new open list proportional representation system in place for these elections, and may experience confusion at the ballot box.

The IAF’s relative skill in organization and messaging, as well as its presence on 20 lists throughout the country, leaves it well-placed to capture a significant number of seats in parliament. However, the dramatic changes in the electoral system—combined with persistent tribally-motivated voting and widespread apathy—make it difficult to predict the outcome of these elections.