On October 15, 2017, Kyrgyz citizens will go to the polls to vote in presidential elections, in what is anticipated to be the first formal transfer of power from one elected official to another in the country’s history. 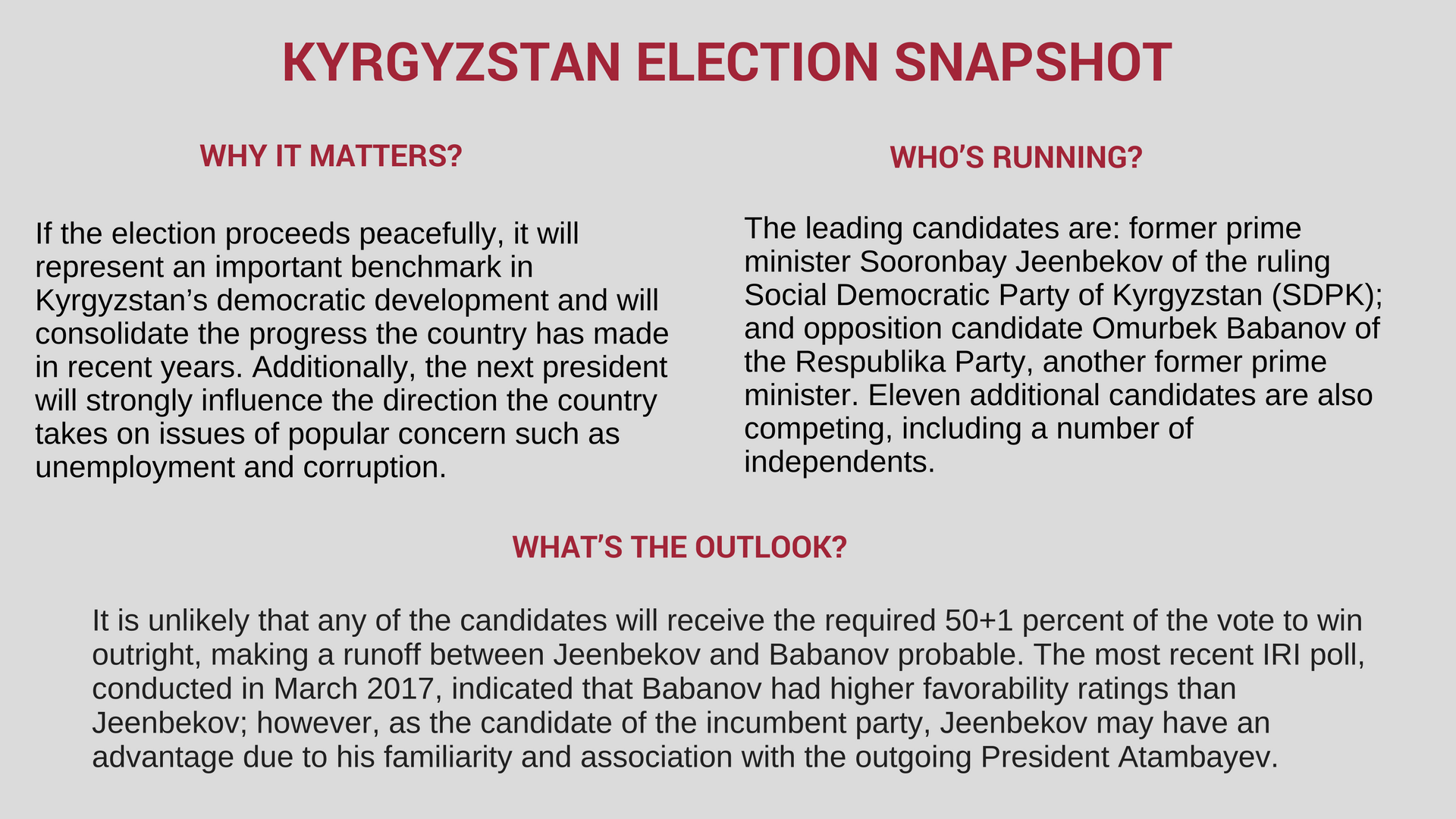 Compared to its neighbors in Central Asia, Kyrgyzstan has made greater progress towards democracy in recent years.  Kyrgyzstan experienced two popular revolutions in the last twelve years, overthrowing Askar Akaev in 2005 and Kurmanbek Bakiev in 2010. The 2010 revolution was followed by interethnic violence in the south of the country, and regional and ethnic tensions have continued to be a central issue in Kyrgyz politics.

Unemployment and corruption have consistently ranked as the dominant concerns of Kyrgyz citizens over multiple years of IRI polling. As the economy has contracted, the number of Kyrgyz emigrants has risen—an issue that the candidates have pledged to address by creating more jobs at home to bring these migrants back to Kyrgyzstan.

The close race between Jeenbekov and Babanov is likely to lead to a runoff election, to be held in late October or early November. The average turnout in recent elections has hovered between 50 and 60 percent, with limited turnout by young people. The ultimate result is likely to depend on how the supporters of the other eleven candidates distribute their votes between the two frontrunners.