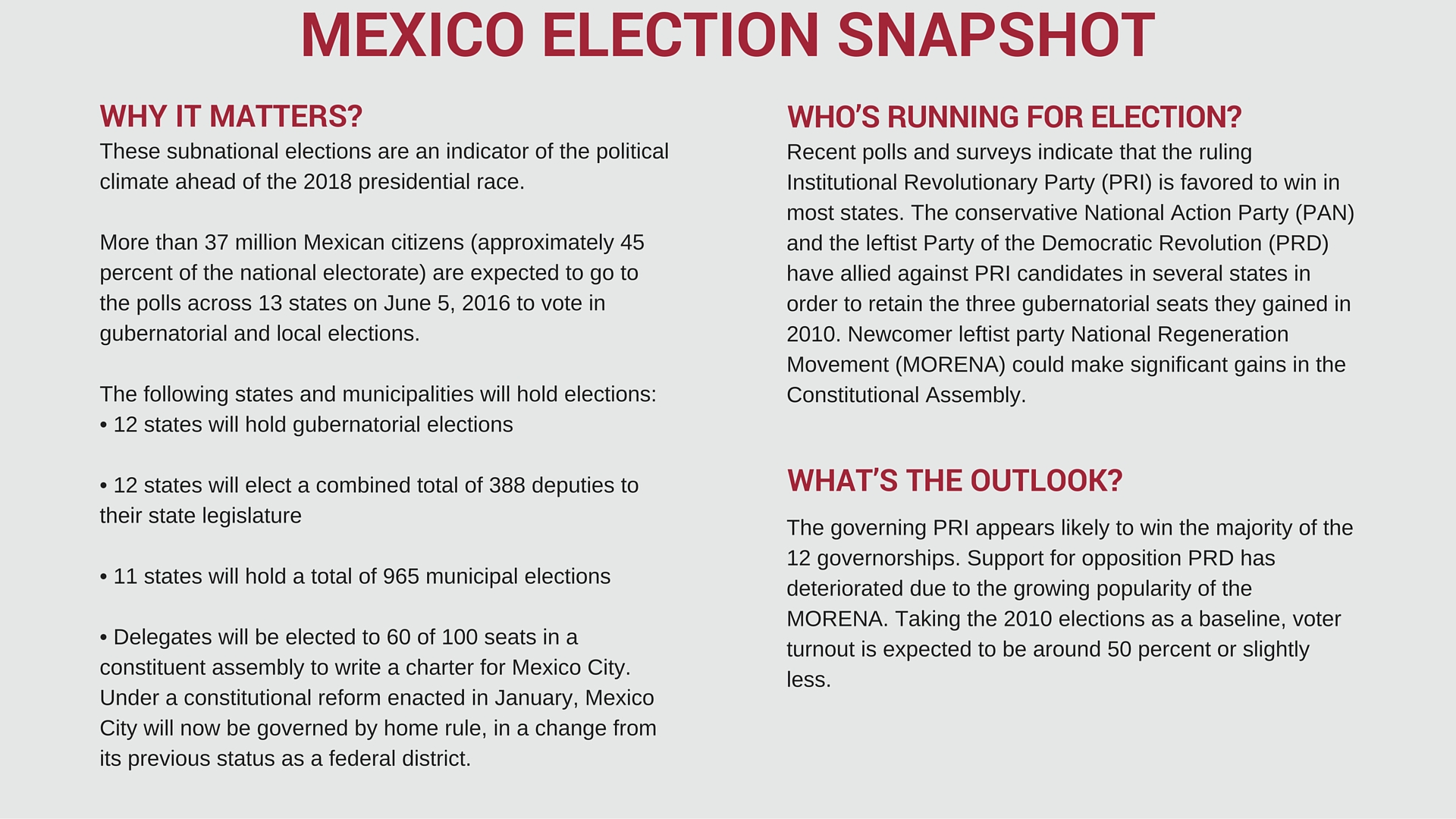 Elections will take place in a climate influenced by a series of corruption scandals in government, and rising insecurity due to the parallel governments controlled by drug cartels in several states.  Recent contests have been marred by allegations of vote buying and attempts by candidates to conceal their campaign finances.

Although the PRI is expected to carry most of the states holding elections, discontent with the administration of President Enrique Peña Nieto could erode the party’s support. The next most popular parties are PAN, PRD and MORENA. The election will be an important indicator of MORENA’s status as a major political force. Created in 2015 by former Mexico City head of government and presidential candidate Andrés Manuel López Obrador (known as AMLO), MORENA has gained momentum among traditional PRD supporters. A survey by the national daily El Financiero puts the party in the lead for Mexico City’s constituent assembly.

The governing party, PRI, is anxious to hold on to its gubernatorial seats in nine of the 12 states holding elections.  Surveys predict that PRI will win the majority of the 12 governorships. In the PRI stronghold state of Hidalgo, the PRI candidate is expected to win partly due to the inability of rival parties PAN and PRD to consolidate opposition. Support for PRD has deteriorated by the growing popularity of the MORENA, which has become the dominant leftist party since the 2015 election.