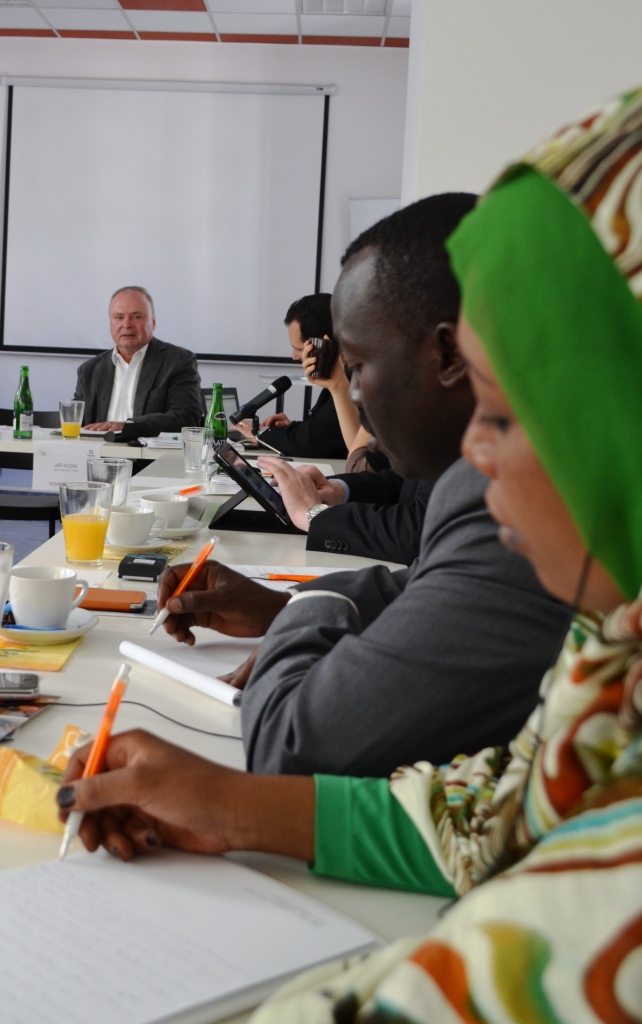 In an effort to better conceptualize the challenges a new government faces immediately after a political transition, participants went to the House of Deputies, to meet with Member of Parliament Marek Benda, Chairman of the Committee for Constitutional Affairs.  Benda discussed the role parliament played during the early years of the Czech Republic’s transition from a communist regime to a democracy.  Participants asked a range of questions regarding the view of the Czech government on the  role and responsibility of civil society organizations in determining the future of the Czech Republic. Benda insisted that, “the government’s role is to allow for the freedom of this type of environment to flourish.  An active civil society is needed to assist during the transition period.  It is the government’s role to facilitate this.”

In a separate visit to the Czech Parliament, participants met with Senator Petr Bratsky, who sits on the Education, Science, Culture, Human Rights and Petitions Committee.  In addition to describing his involvement in politics, specifically regarding his support of democracy promotion on a global scale, the senator answered  questions related to the role of the Senate during the transition, the process of restitution, the current role of the communist party and experience with dissidents from other countries such as Cuba.

Of particular interest to the group was the support given to assist dissidents from closed or authoritative societies.  Bratsky provided an overview of the different mechanisms used by his government.  Diplomacy was the most obvious choice, but in cases where this is not an option, several nongovernmental organizations are funded by the Czech government for this particular work.  There is also a focus on media efforts through international conferences, television shows, public hearings and other outreach activities aimed at raising awareness and building support for international democracy assistance.

As more than half the participants in this program were women, one lecture in particular focused on the role of women during the Czech transistion.  Jana Smiggels Kavkova, the Director of Forum 50%, a civil society group working to increase the number of women in decision-making positions, provided an overview of women’s participation in public life throughout Czech history.  She explained to the group that although women were very active during the revolution, they missed their window of opportunity in the Czech Republic to advance women’s rights and their roles within society.  With this in mind, Kavkova cautioned the participants to avoid this happening in their countries, for involving women in their transition periods will enable their prosperity and strengthen gender parity.

Other sessions focused on topics related to a democratic transition such as media freedom, anti-corruption, reconcilation, economic policy, transparency, constitutional framework and civic participation.  In addition to learning lessons from each other, participants were able to take this knowledge home and apply it to their specific political situations.

Launched in 2007, IRI’s Rising Stars program works to ensure the leaders of new democracies are equipped with skills in effective democratic governance.