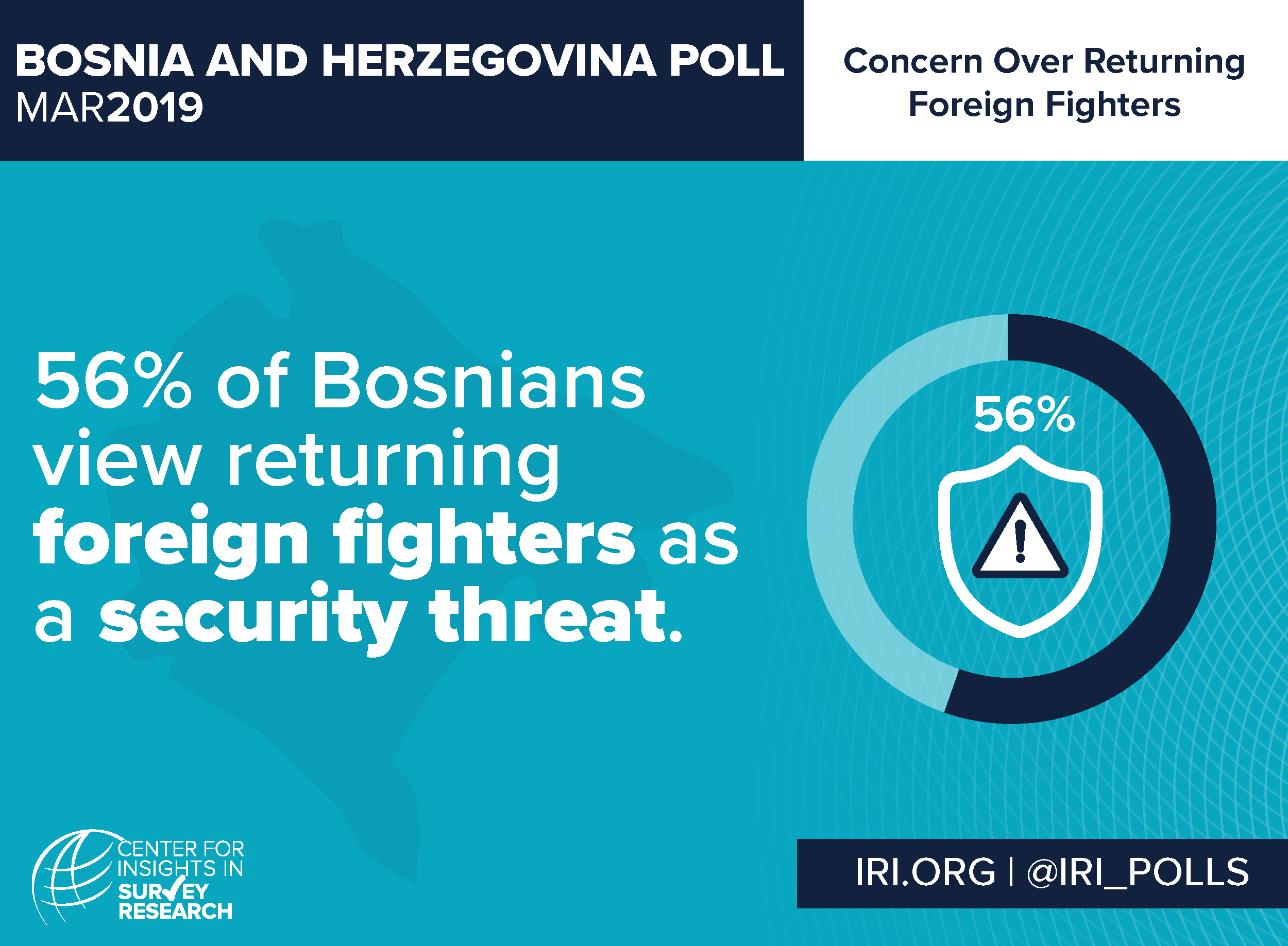 Washington, D.C.—Religious and ethnonationalist extremism remains a key challenge for the heterogeneous Western Balkans. Over the past year, the return of a number of foreign fighters to the region has renewed anxiety over extremism and security.

According to a March 2019 poll by the International Republican Institute’s (IRI) Center for Insights in Survey Research (CISR), 56 percent of Bosnians view returning foreign fighters as a threat to national security. At the same time, the majority of respondents believe ethnonationalist extremism is more prevalent in Bosnia than religious extremism (51 percent compared to 18 percent). These worries may inform widespread pessimism over Bosnia’s future, as an alarming 83 percent of Bosnians believe their country is headed in the wrong direction.

This poll provides insights into the concerns of Bosnians, and will inform the second annual Western Balkans Resilience Forum, which will take place in Sofia, Bulgaria from December 12-14, 2019. This year’s forum will engage local, national and regional stakeholders from the Western Balkans and Bulgaria in discussions surrounding returnees and their families, as well as local resilience to extremism. Regional ministers of interior, national CVE coordinators, local government officials, civil society representatives, academics, local practitioners, researchers and journalists will all take part in the forum.

Through this conference and related activities in the region, regional experts and international practitioners are able to share the knowledge and best practices necessary to confront the security threats posed by returning foreign fighters and ethnonationalist extremism. We invite you to follow the conversation on social media with #WBRF2019. 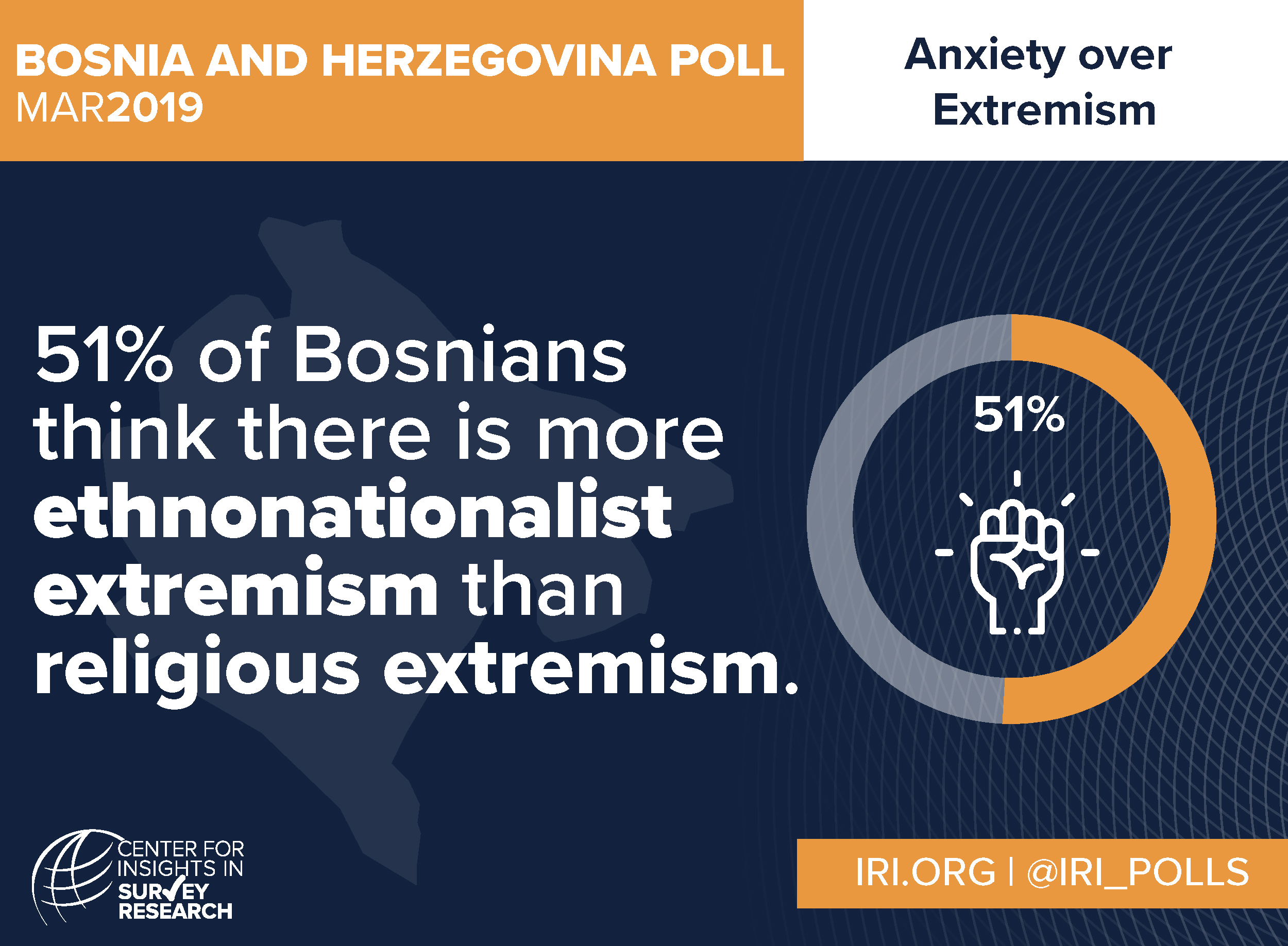 This survey was conducted on behalf of the Center for Insights in Survey Research. The data was collected between March 7 and 26, 2019 through in-home, in-person interviews. A total of 2,190 interviews were completed with an overall +/- 2.1 percent margin of error. The sampling approach adopted was a multi-stage stratification proportionate to population sample distribution with a random selection of households and respondents within each Primary Sampling Unit (PSU).

The survey is made possible by the generous support of the American people through the United States Agency for International Development (USAID). The opinions expressed herein are those of the author(s) and do not necessarily reflect the views of USAID or the United States Government.