Latvians Dissatisfied with Economy; Split on Relations with U.S., China 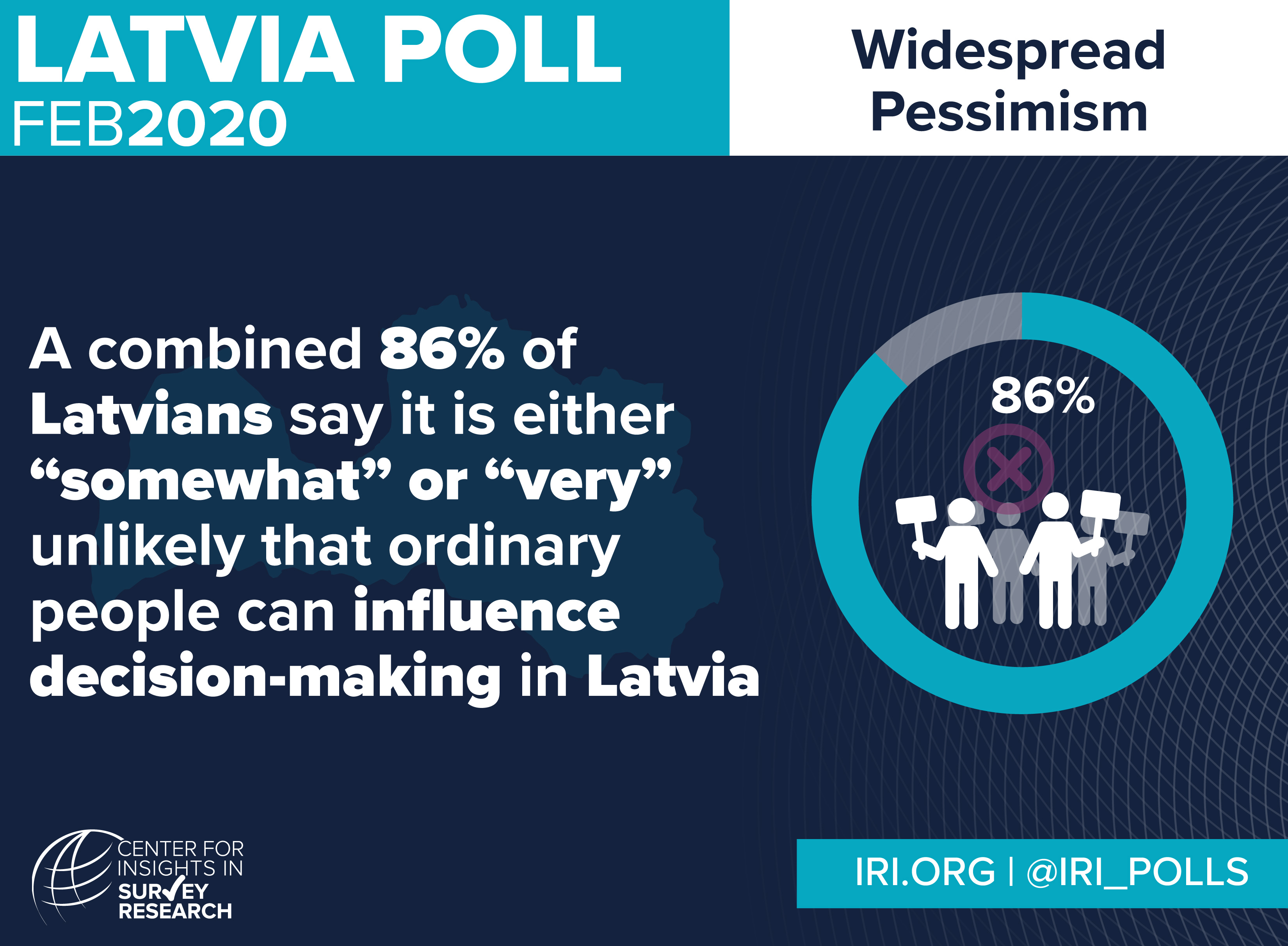 Riga, Latvia—A new nationwide survey of Latvia by the International Republican Institute’s (IRI) Center for Insights in Survey Research reveals economic anxieties and similar shares of the population favoring strong relations with the United States and with China.

“Anxiety over the cost of living and unemployment have generated a grim economic and political outlook in Latvia,” said IRI Senior Director for Transatlantic Strategy Jan Surotchak. “This underlying discontent provides fertile ground for pop-up political parties and movements of all types, particularly those seeking major systemic change.”

According to the poll, the two most important problems facing Latvia today are the cost of living/high prices (25 percent) and unemployment (15 percent). Latvians are also pessimistic about the country’s political environment: 62 percent of Latvians either “strongly” (26 percent) or “somewhat” (36 percent) agree that political party choices in Latvia are too limited and their country needs new alternatives. When asked if ordinary people can influence decision-making in Latvia, an overwhelming majority reported it was either “very” (50 percent) or “somewhat” (36 percent) unlikely.

This pessimism is reflected in attitudes toward the future: 62 percent of all adults do not believe young people have a good future in Latvia, and 56 percent of youth aged 19-29 agree with this sentiment. Similarly, 53 percent of Latvians think their country is headed in the wrong direction.

“As we see across the region, government failure to address citizen concerns opens the door for authoritarian foreign actors like China to manipulate the public’s malaise and assert increased influence,” said Surotchak.  “Under these circumstances, an authoritarian power such as China is pushing on an open door when looking for economic and political leverage.”

The survey was conducted on behalf of IRI’s Center for Insights in Survey Research by Nortsat Esti AS between January 10 and February 2, 2020. Data was collected through in-home, in-person interviews with 1,010 Latvian residents. The response rate was 52 percent and the margin of error for the full sample was plus or minus 3.1 points at the 95 percent confidence level. A multistage probability sampling method was used, and the sample was weighted for region, urbanicity, gender, age, nationality and educational attainment level.