Macedonia Poll: High Levels of Support for EU, NATO Ahead of Referendum 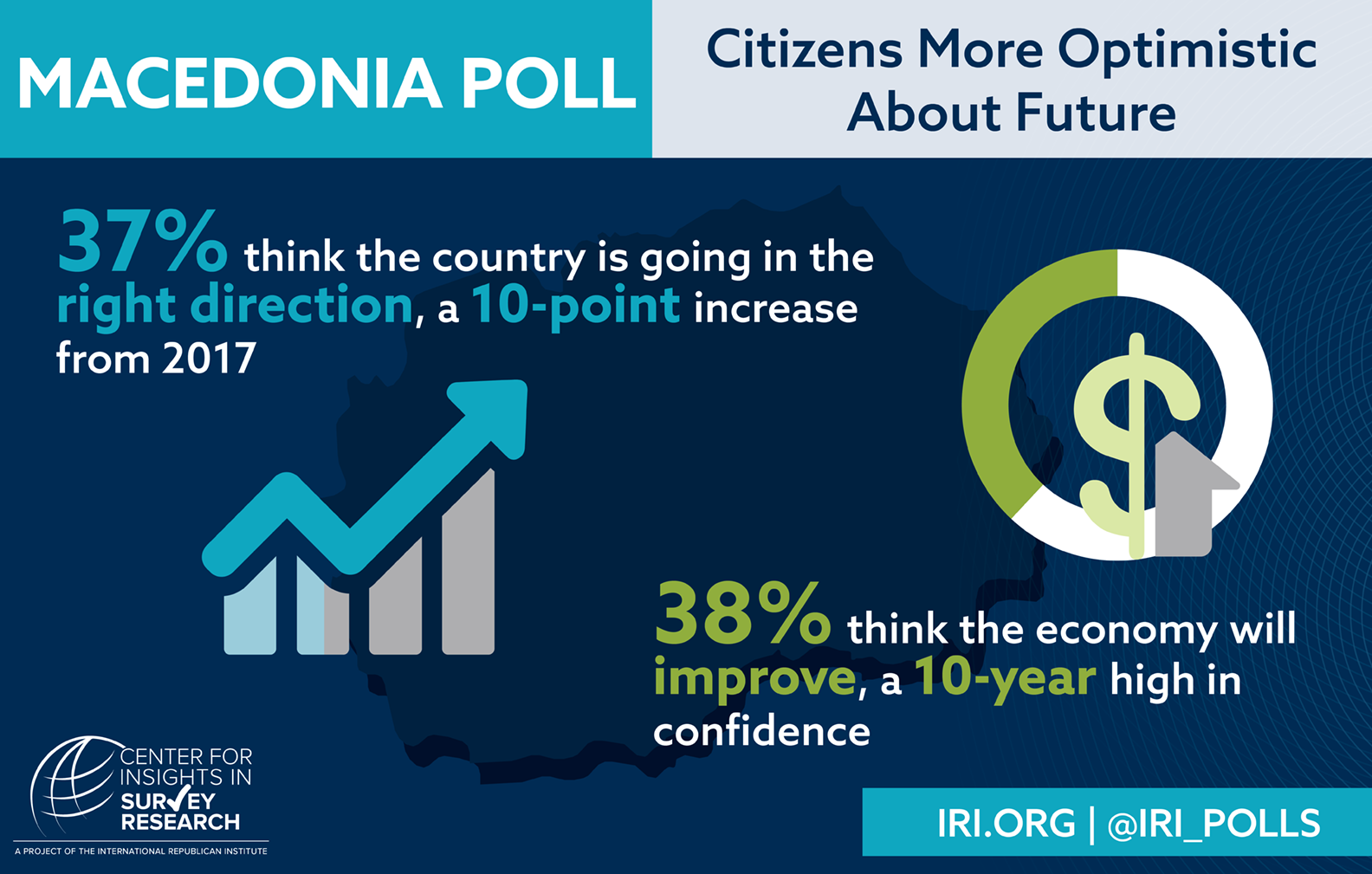 Skopje, Macedonia—A new nationwide poll of Macedonia by the International Republican Institute’s (IRI) Center for Insights in Survey Research reveals increasing levels of optimism and support for joining the European Union (EU) and the North Atlantic Treaty Organization (NATO) ahead of the September 30 referendum.

The survey indicates that a majority of Macedonians favor resolving the name dispute with Greece. A combined 57 percent “completely support” (37 percent) or “somewhat support” (20 percent) the proposal for Macedonia to join the EU and NATO under the new name “Republic of North Macedonia.” The same proportion (57 percent) believe that the benefits of accession justify the acceptance of the new name. Half of the respondents (49 percent) intend to vote in favor of resolving the name dispute, compared to 22 percent who intend to vote against the proposed change.

“As Macedonia approaches this important referendum, the support for a compromise solution on the name dispute that opens the door to EU and NATO membership indicates a strong preference for transatlantic institutions,” said Paul McCarthy, IRI Acting Regional Director for Europe.

The poll reflects a continued trend of increased optimism and perceptions of national stability. Thirty-seven percent of respondents think the country is moving in the right direction—a 10-point increase from August 2017 and a 23-point increase from March 2017. Perceptions of stability are also high: The number of respondents who think Macedonia is more stable today than a year ago (37 percent) surpasses those who believe the opposite (25 percent) for the first time in almost nine years.

This survey was conducted on behalf of the Center for Insights in Survey Research by GfK Skopje market research firm. Data was collected from June 28 to July 15, 2018, through face-to-face interviews by trained professionals. The sample consisted of 1,100 respondents aged 18 and over and the response rate was 69 percent.

This poll was conducted with support from the United States Agency for International Development. 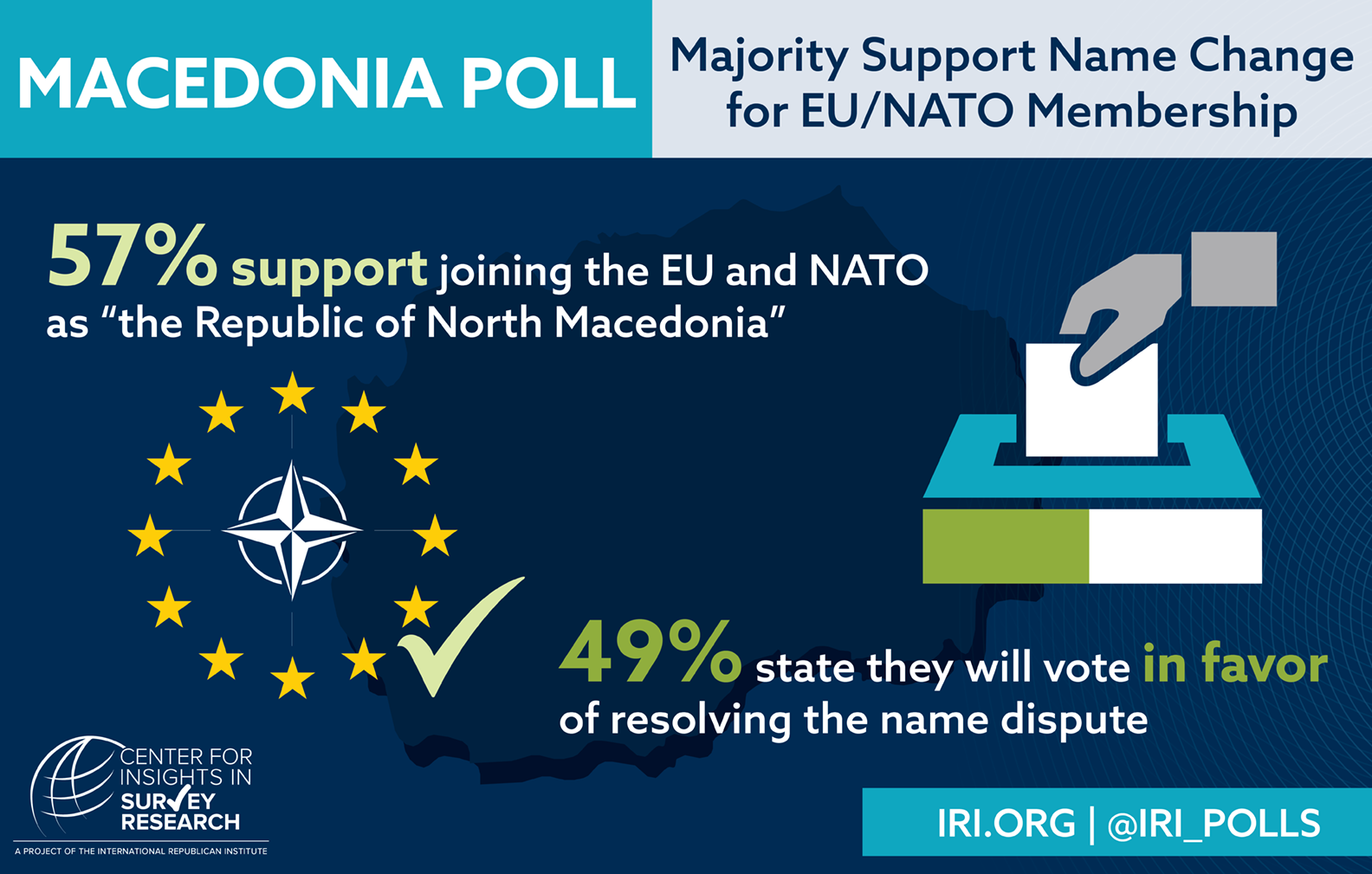 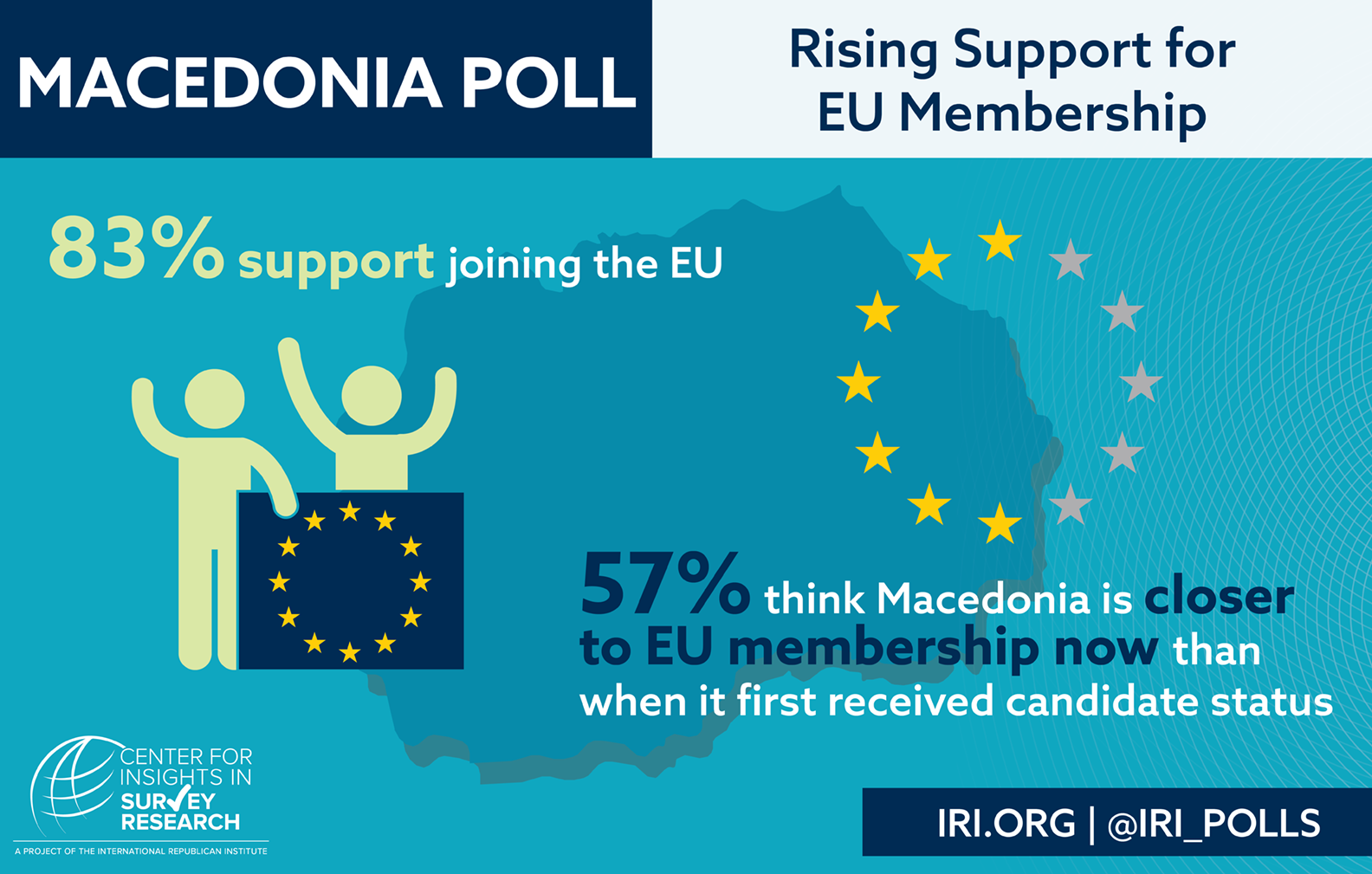