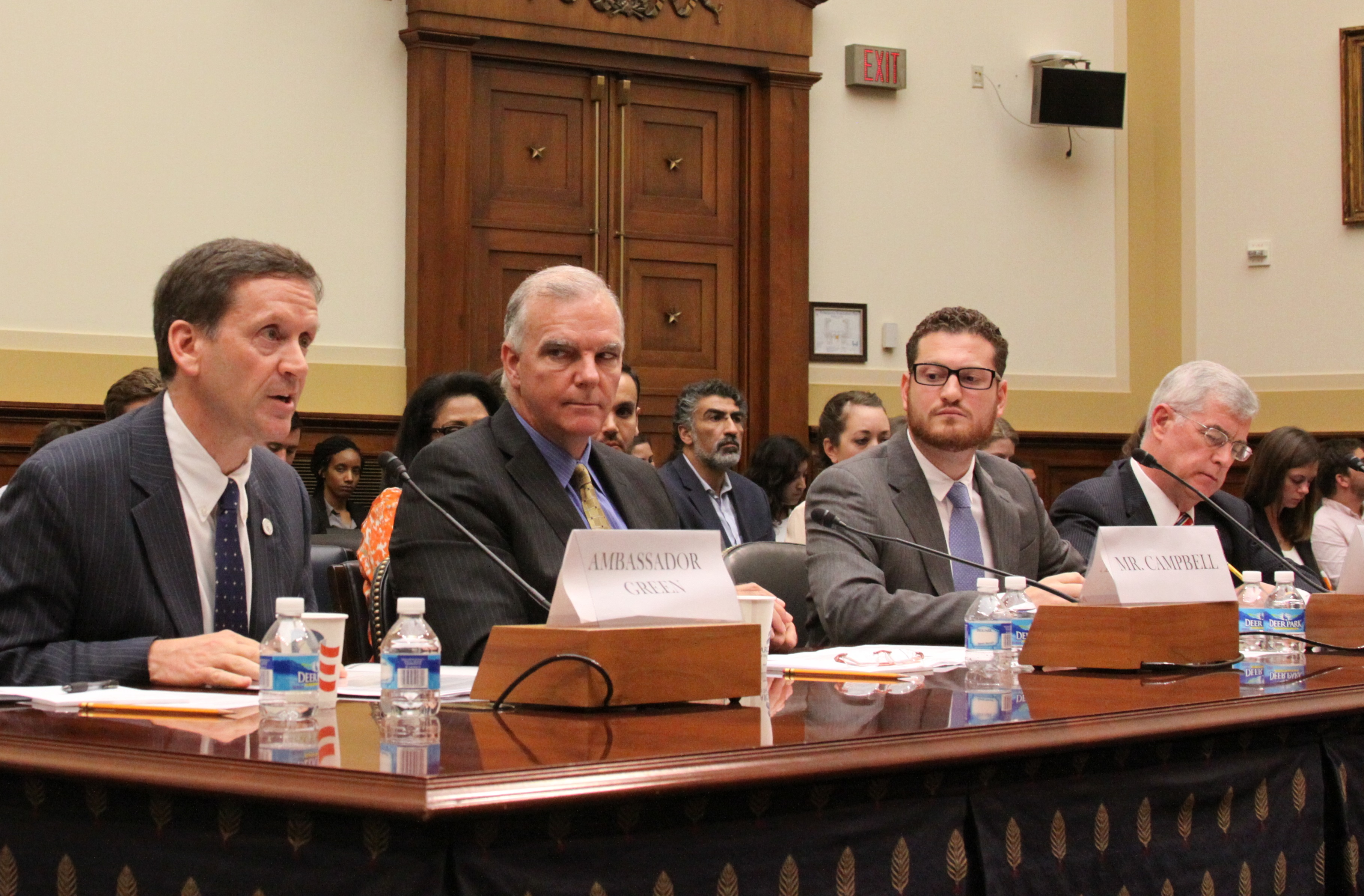 Washington, DC – Ambassador Mark Green, president of IRI, joined representatives of the Consortium for Elections and Political Process Strengthening (CEPPS) in testifying on Tunisia’s democratic transition before the U.S. House Committee on Foreign Affairs, Subcommittee on the Middle East and North Africa.

In his testimony, Green emphasized that to improve security and increase economic growth, two critical issues in Tunisia, the country will need significant investments in democracy and governance support.  Green commented, “It is essential that the government is able to identify citizen needs, build the capacities necessary to plan for those needs, and also manage public expectations on how quickly Tunisia’s pressing priorities can be addressed.  All of this is crucial to growing a stable, sustainable democratic Tunisia.”

First, looking at the administration’s fiscal year 2016 budget request, which the Project on Middle East Democracy found only 16 percent falls into the category of governing justly and democratically, Green suggested that governance support be increased to help ensure the Tunisian transition stays on a democratic track.

Second, Green highlighted that the current U.S. democracy and governance strategy does not include support for political party development, a critical component to ensuring Tunisia’s political parties are able to build issue-based platforms and develop the internal organizational structures to effectively serve as conduits of citizen interests at the regional or local levels.

Next, while Green highlighted the administration’s support for civil society, he stressed the need to engage the country’s youth in the political process.  “We should do everything we possibly can to help Tunisia involve the country’s youth in the transition…Civil society offers an immediate channel for constructive youth engagement.  It presents a meaningful path for young people to enter the arena, express their hopes and fears, and then find ways to turn their idealism into concrete reforms.”

Fourth, Green emphasized the need to help the Tunisian government turn political parties and the civil society sector into more active participants in the country’s national dialogue on decentralization, stating “While Tunisians know the path ahead is difficult, they must also believe that they, especially in the country’s south and interior, have credible, capable representation that can be their voice at the national level.”

Lastly, Green looked at the importance of economic reform to Tunisia’s future success.  “Young people need to see that there is hope in the coming years for economic opportunity and good paying employment.”  He encouraged the leaders of the Millennium Challenge Corporation (MCC), on whose board Green sits, to work with Tunisian leaders on the possibility of qualifying for an MCC Threshold program.

In conclusion, Green recognized the success Tunisia has achieved with the support of the United States and the CEPPS partners – IRI, the International Foundation for Electoral Systems and the National Democratic Institute.

“I know democracy is within reach in Tunisia.  While we cannot and should not choose Tunisia’s path ourselves, where a country has taken courageous steps to shape its own future – a future that is democratic and which respects human liberty – I believe it is in our vital interests to come forward and support them,” said Green.

Established in 1995, the Consortium for Elections and Political Process Strengthening (CEPPS) pools the expertise of three premier international organizations dedicated to democratic development: the International Foundation for Electoral Systems, the International Republican Institute and the National Democratic Institute.  With a 20-year track record, CEPPS is a leader in democracy, human rights and governance support, learning from experience, and adopting new approaches and tools based on the ever-evolving technological landscape.