New Bosnia and Herzegovina Poll: Citizens Pessimistic About Future; Vulnerable to Outside Influence 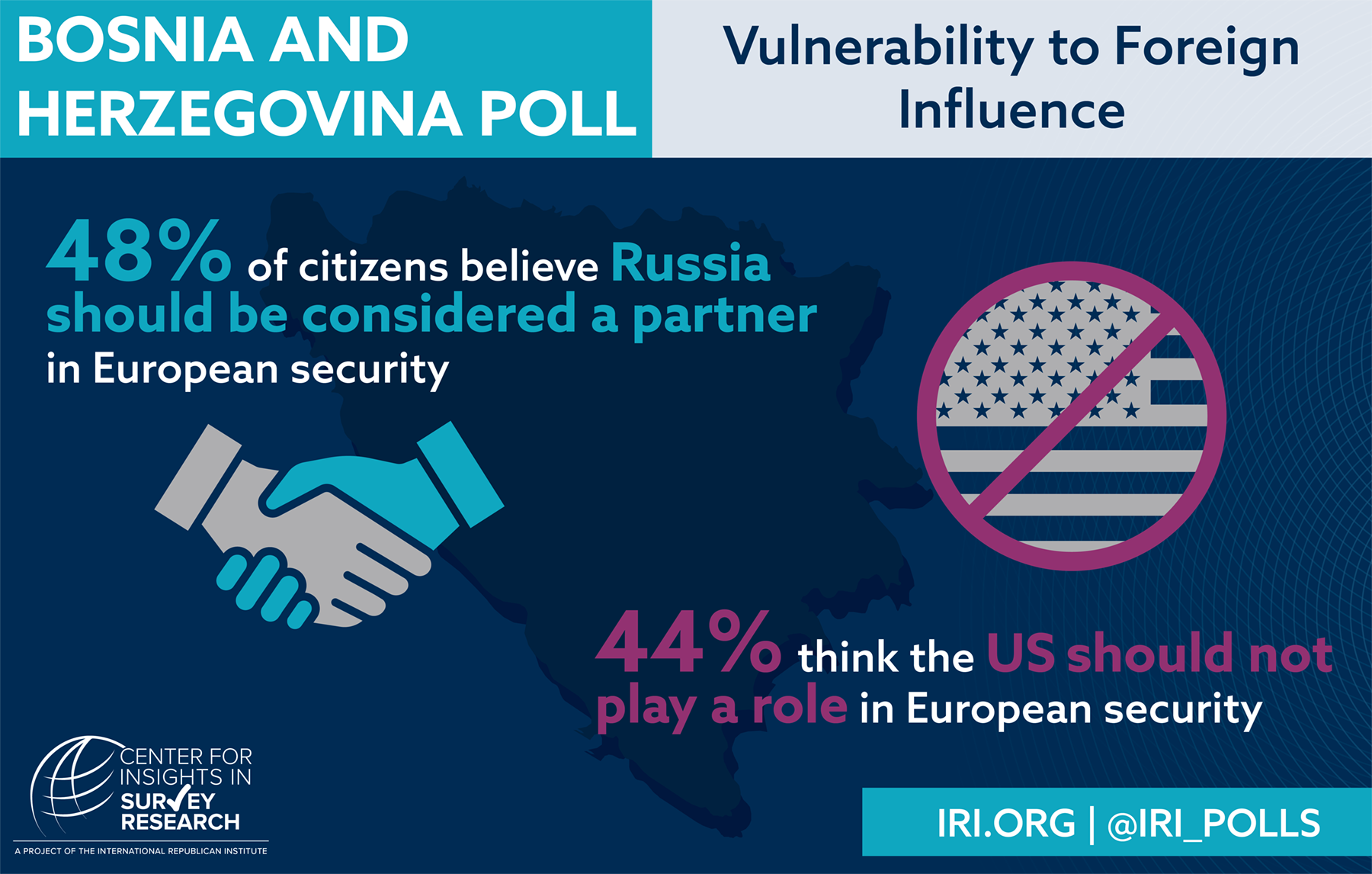 “The combination of high levels of pessimism, concerns for the country’s security situation and the belief that ethno-nationalism is the most common type of extremism is disturbing,” said IRI Deputy Director for Europe Paul McCarthy. “There is a danger that these sentiments could be manipulated by illiberal forces both within and outside of the country to fuel extremism. It is crucial that the government of BiH take steps to address the issues contributing to these negative attitudes.”

“The split in attitudes toward Western institutions and Russia indicates that citizens of BiH could be vulnerable to manipulation by the Kremlin,” said McCarthy. “It is vital that transatlantic stakeholders invest in engagement in BiH to ensure that the country remains on a European—and democratic—trajectory.”

This survey was conducted on behalf of the Center for Insights in Survey Research by the Ipsos global market research and consulting firm. Data was collected between March 29 and April 12, 2018. The sample consisted of 1,513 citizens over the age of 18 and eligible to vote, and the margin of error was plus or minus 2.5 percent. 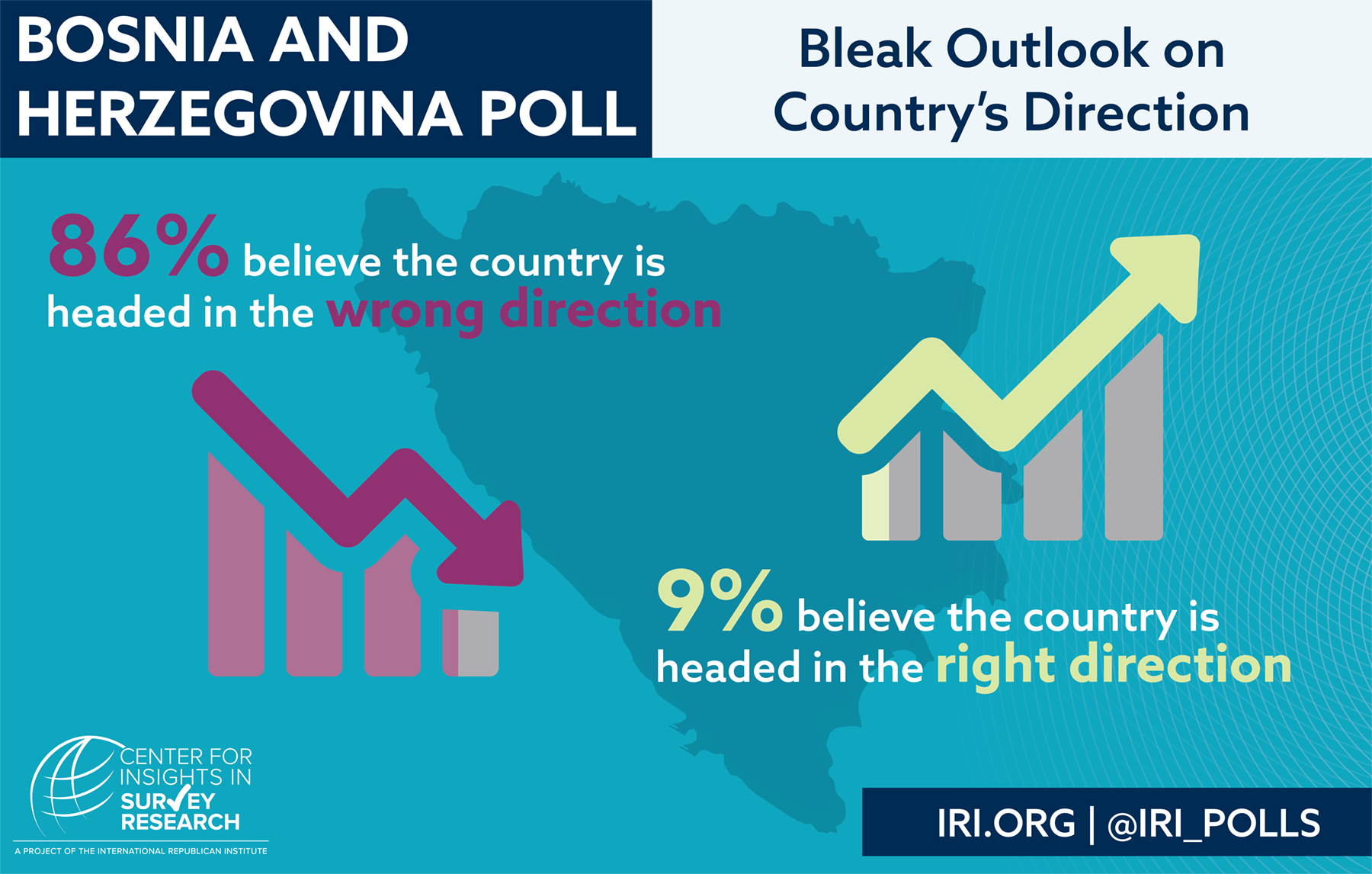 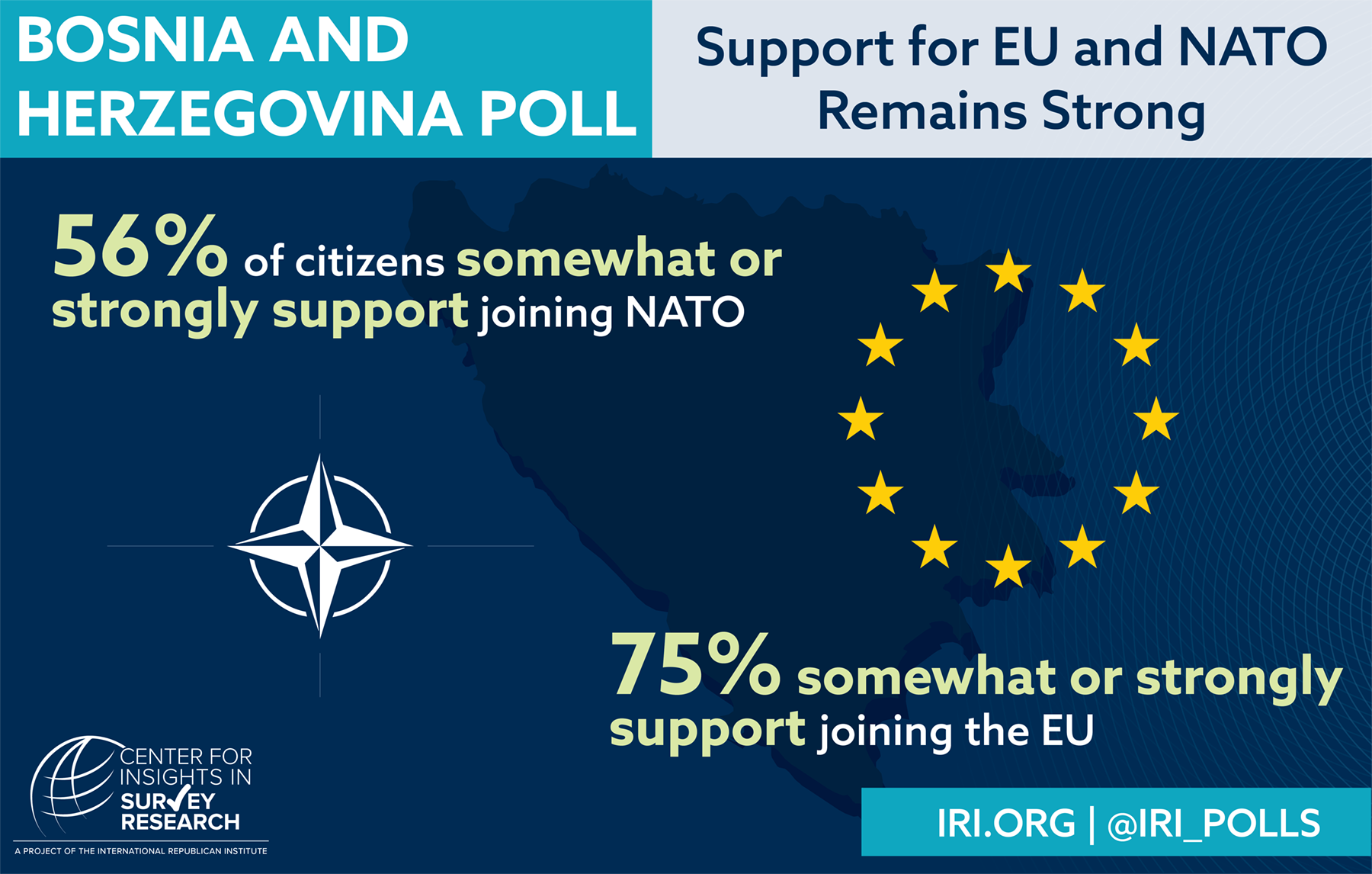