The International Republican Institute (IRI) is committed to helping local governments become more accountable and responsive to the constituents they represent. IRI works in communities across Ukraine to bring together civic activists, public officials and political parties to jointly address areas of political and policy concern and respond in an effective manner. Data collected by IRI’s Center for Insights in Survey Research reinforces these efforts by helping local stakeholders understand the issues of greatest importance to their constituents and enabling IRI to design more effective programming. 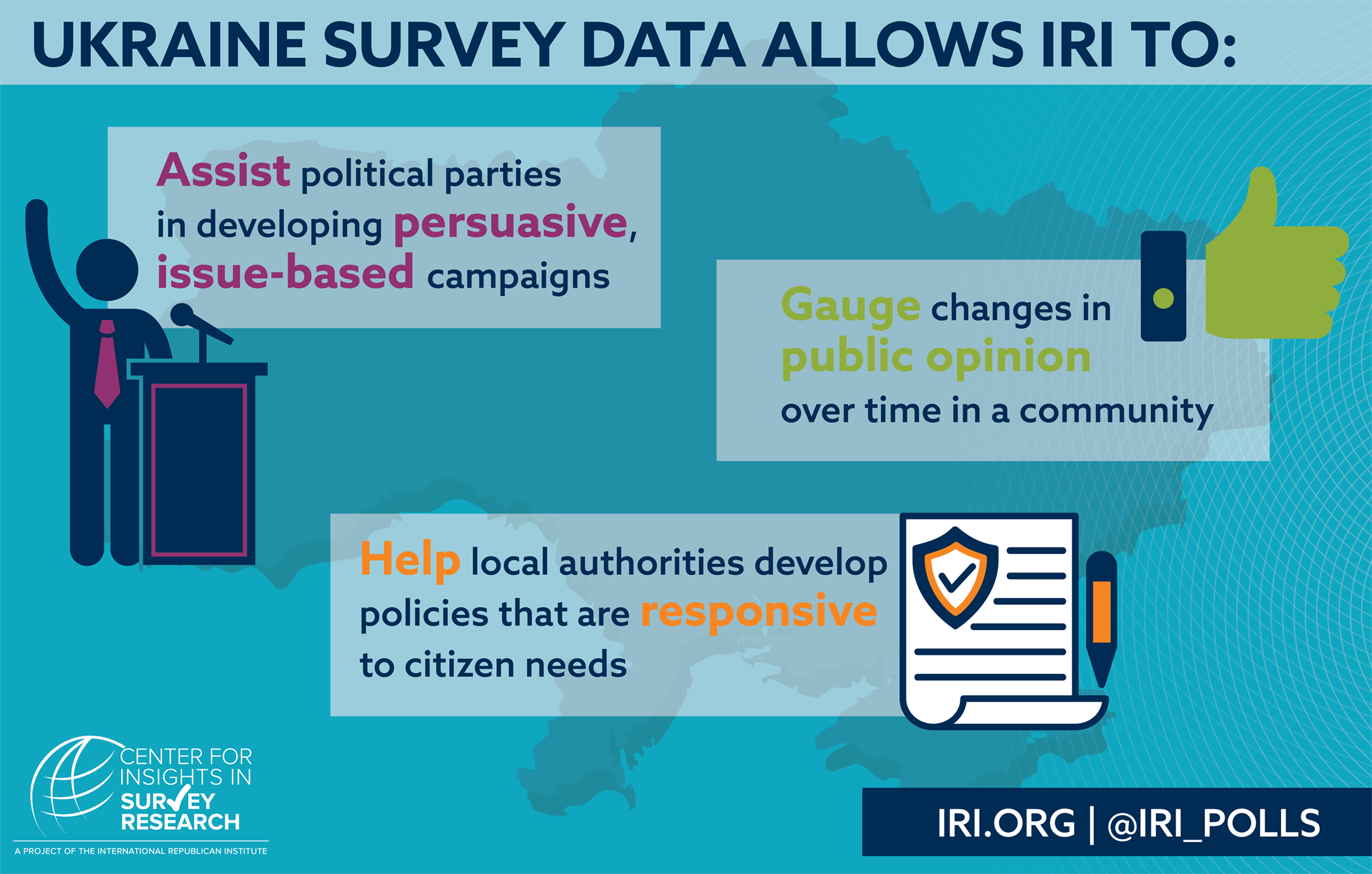 IRI fields a series of national polls with oversamples in each of its four target communities. This multi-part research effort assesses change over time in each city and ascertains whether initiatives supported by IRI programming have had an impact. IRI then briefs local officials and political parties in each city, providing the data needed to align their policies and platforms with constituent priorities. These briefings also reinforce the point that responsive policies are more likely to lead to higher approval ratings, and ultimately to favorable electoral outcomes.

The findings from our most recent March/April 2018 municipal oversamples are consistent with recent IRI survey research in Ukraine, suggesting that as decentralization progresses in cities and towns, citizens are generally more satisfied with their local leaders than with national leaders. The trend prevails across Ukraine’s diverse regions; for example, mayoral approval ratings stand at nearly 40 percent both in western cities like Rivne as well as in eastern cities close to the front lines like Slovyansk. The oversample also shows that the desire for European integration remains very strong across the country, and communities from southern and eastern Ukraine readily break the stereotype of a country divided by regional differences. For instance, in the southern city of Kherson, 53 percent of respondents support EU membership compared to just 19 percent who support membership in the Eurasian Customs Union.

Next year, IRI will continue to employ our data-driven approach in four new target communities as part of our effort to help leaders govern in a more open and democratic manner.