Washington, D.C.—A new nationwide poll of Pakistanis by the International Republican Institute’s (IRI) Center for Insights in Survey Research reveals strong approval ratings for the new government, concerns over the state of the economy, and confidence in the July 2018 elections. 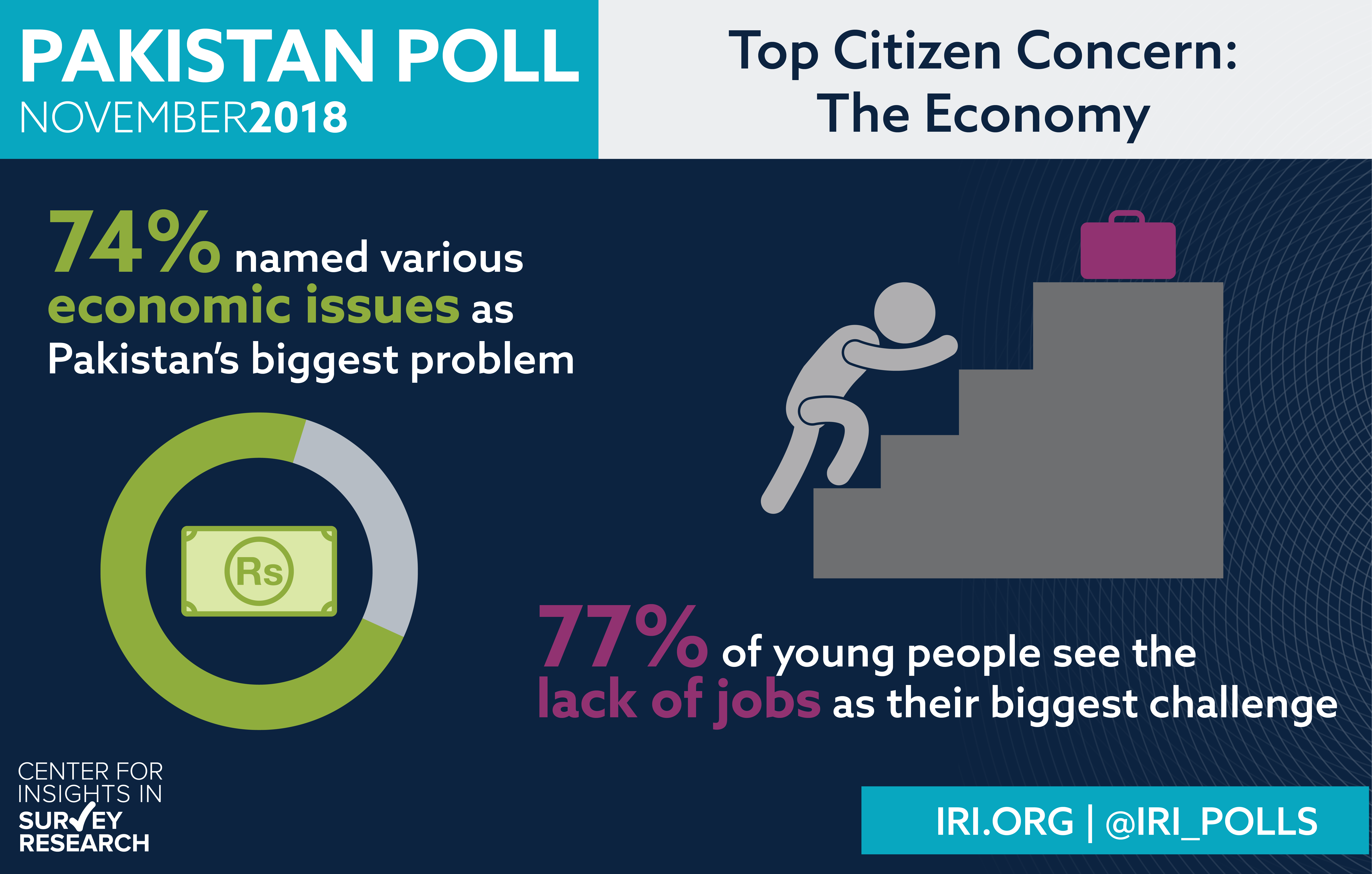 “Poor economic conditions are a significant source of anxiety for Pakistanis,” said Johanna Kao, IRI Regional Director for Asia. “Despite Pakistan’s economic challenges, confidence in the new government and the prime minister is high. Pakistanis seem to be willing to give the government time to deliver on its campaign promises, which will require difficult economic reforms to revitalize the country’s struggling economy.”

“The survey suggests that the government’s performance will be judged primarily on its ability to address pressing economic concerns,” said Johanna Kao. Inflation was singled out as the most important problem in Pakistan (39 percent), followed by poverty (18 percent) and unemployment (15 percent). Nearly 77 percent of respondents between the ages of 18 and 35 see the lack of jobs as the biggest challenge facing young people in Pakistan.

This survey was conducted on behalf of the Center for Insights in Survey Research. Data was collected between November 1 and November 22, 2018 through in-home, in-person interviews. The sample consisted of 3,991 respondents aged 18 and older and is representative of voting-age adults nationally. The margin of error was 1.6 percent. 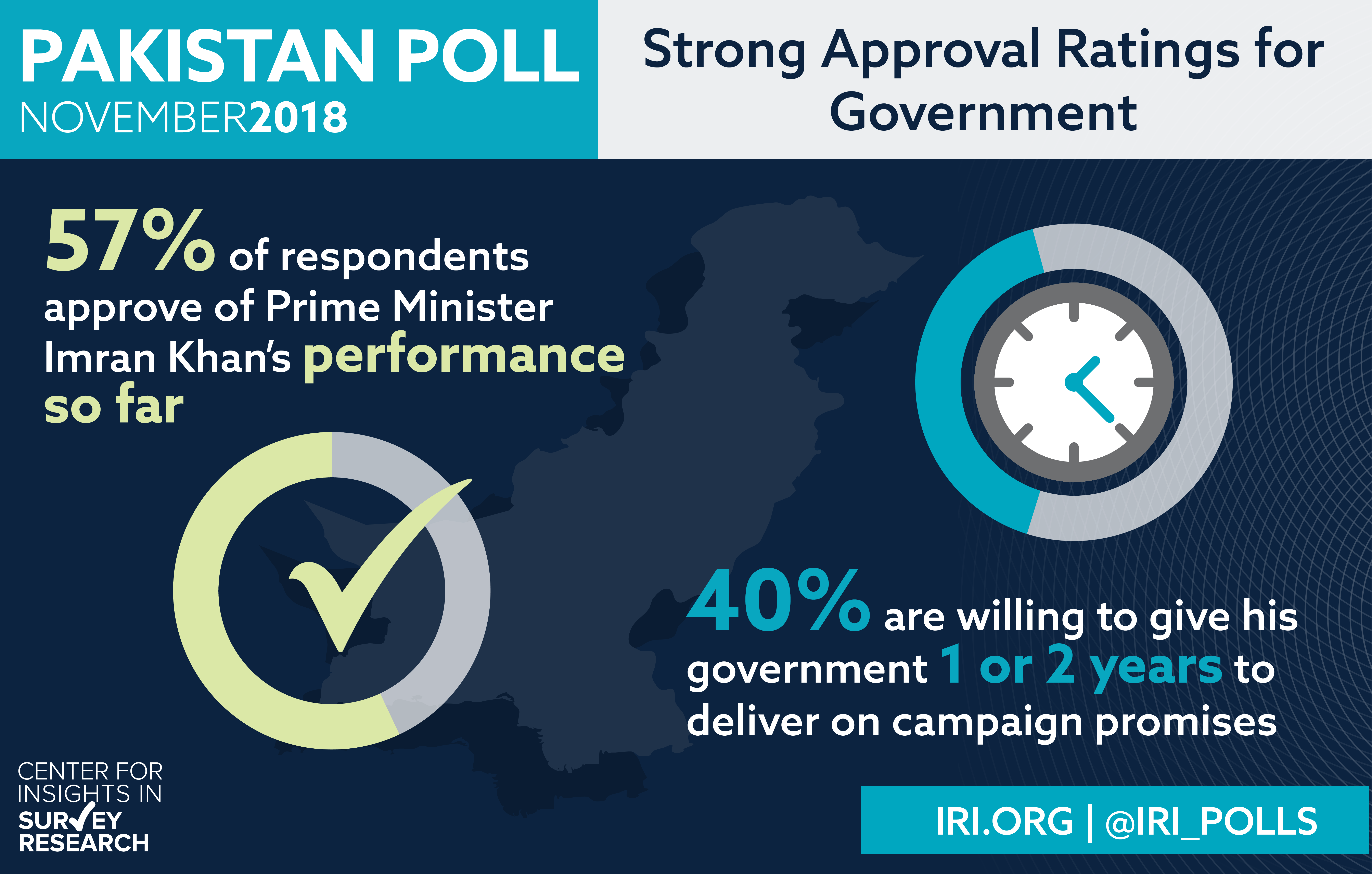 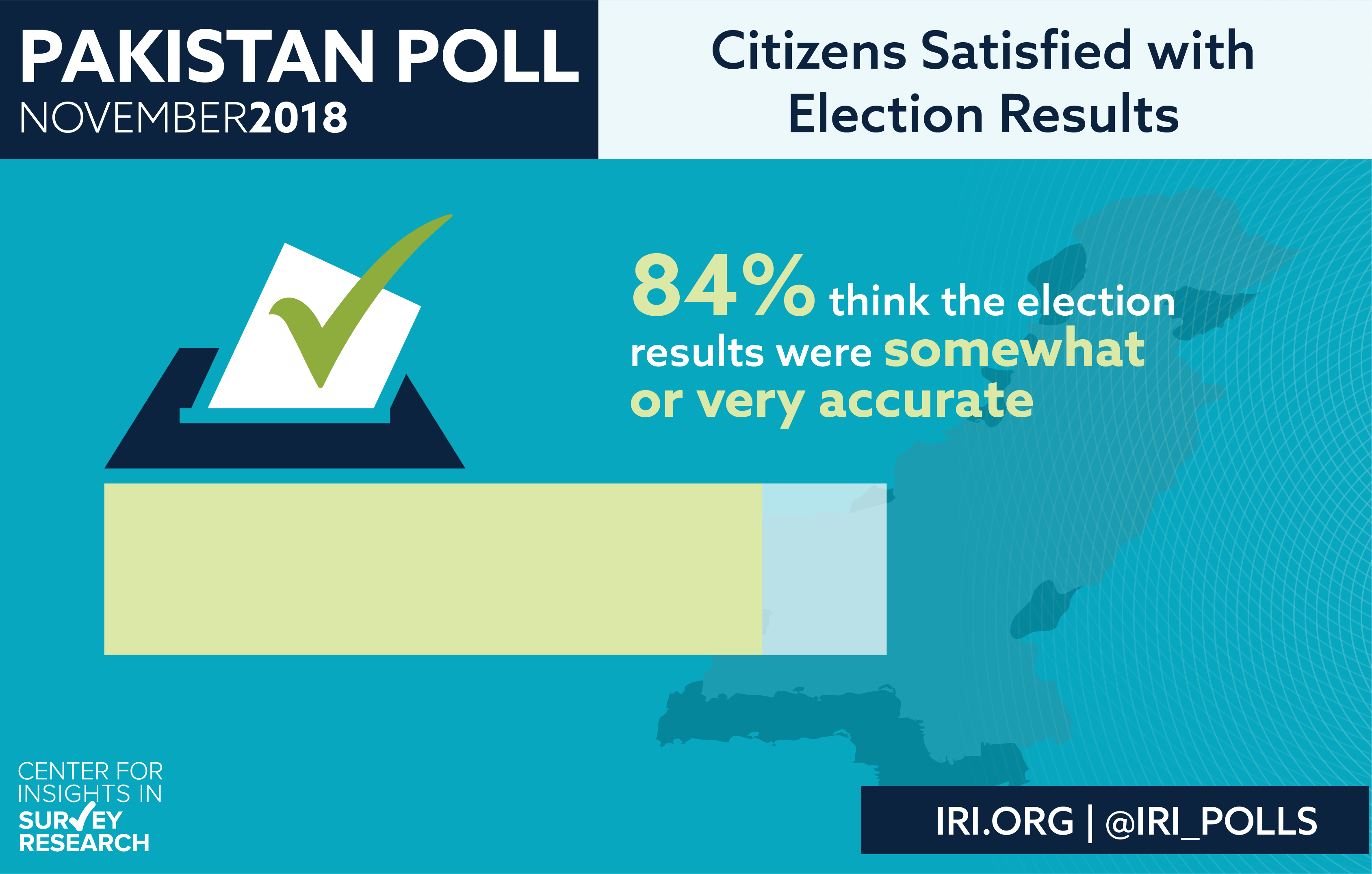