Washington, D.C.—A nationwide poll of Bangladeshis released today by the International Republican Institute’s (IRI) Center for Insights in Survey Research reveals that a majority think the country is headed in the right direction, but wish to see a more inclusive government. 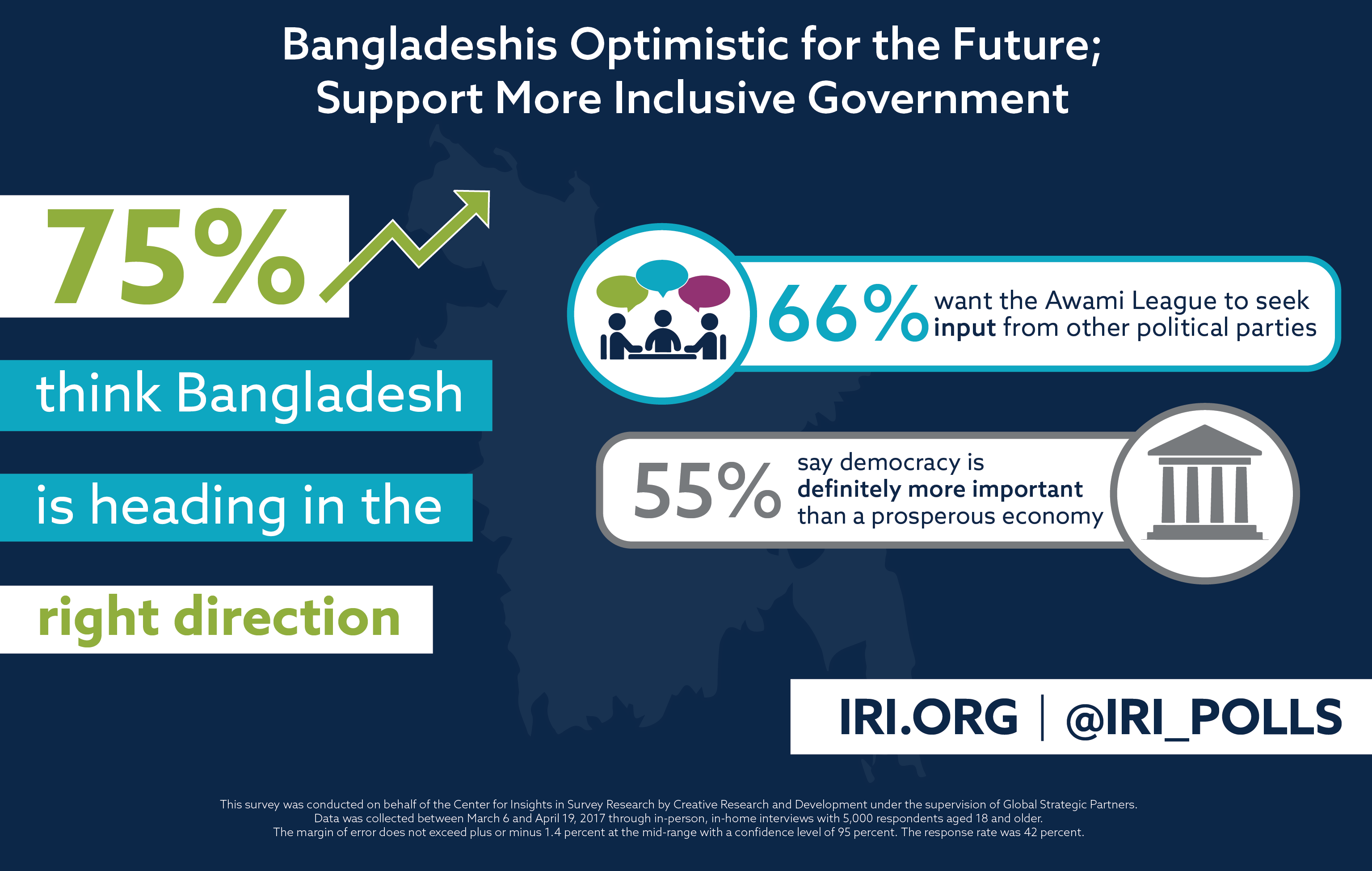 “The optimism reflected in this survey presents the government with a great opportunity to deliver on the issues of concern to Bangladeshi citizens,” said Derek Luyten, IRI Regional Director for Asia. “By taking steps to create a more inclusive decision-making process and demonstrate its commitment to democracy, the government can harness this goodwill to make enduring improvements for the Bangladeshi people.”

A clear majority (75 percent) of respondents feel that the country is headed in the right direction. This development may be linked to improvements in the country’s economic situation: 63 percent report that their personal economic situation has improved over the past year, and 68 percent expect their situation to improve over the next year. However, 20 percent also cite the economy as the country’s top concern, in a near-tie with security (19 percent).

Respondents voiced strong support for democracy, with more than half (55 percent) affirming that a democratic system of government is “definitely more important” to them than a prosperous economy. Additionally, a combined 66 percent “strongly support” (45 percent) or “somewhat support” (21 percent) the ruling Awami League seeking input from other political parties.

This survey was conducted on behalf of the Center for Insights in Survey Research by Creative Research and Development under the supervision of Global Strategic Partners. Data was collected between March 6 and April 19, 2017 through in-person, in-home interviews with 5,000 respondents aged 18 and older. The margin of error does not exceed plus or minus 1.4 percent at the mid-range with a confidence level of 95 percent. The response rate was 42 percent. Figures in charts and tables may not add up to 100 percent due to rounding.