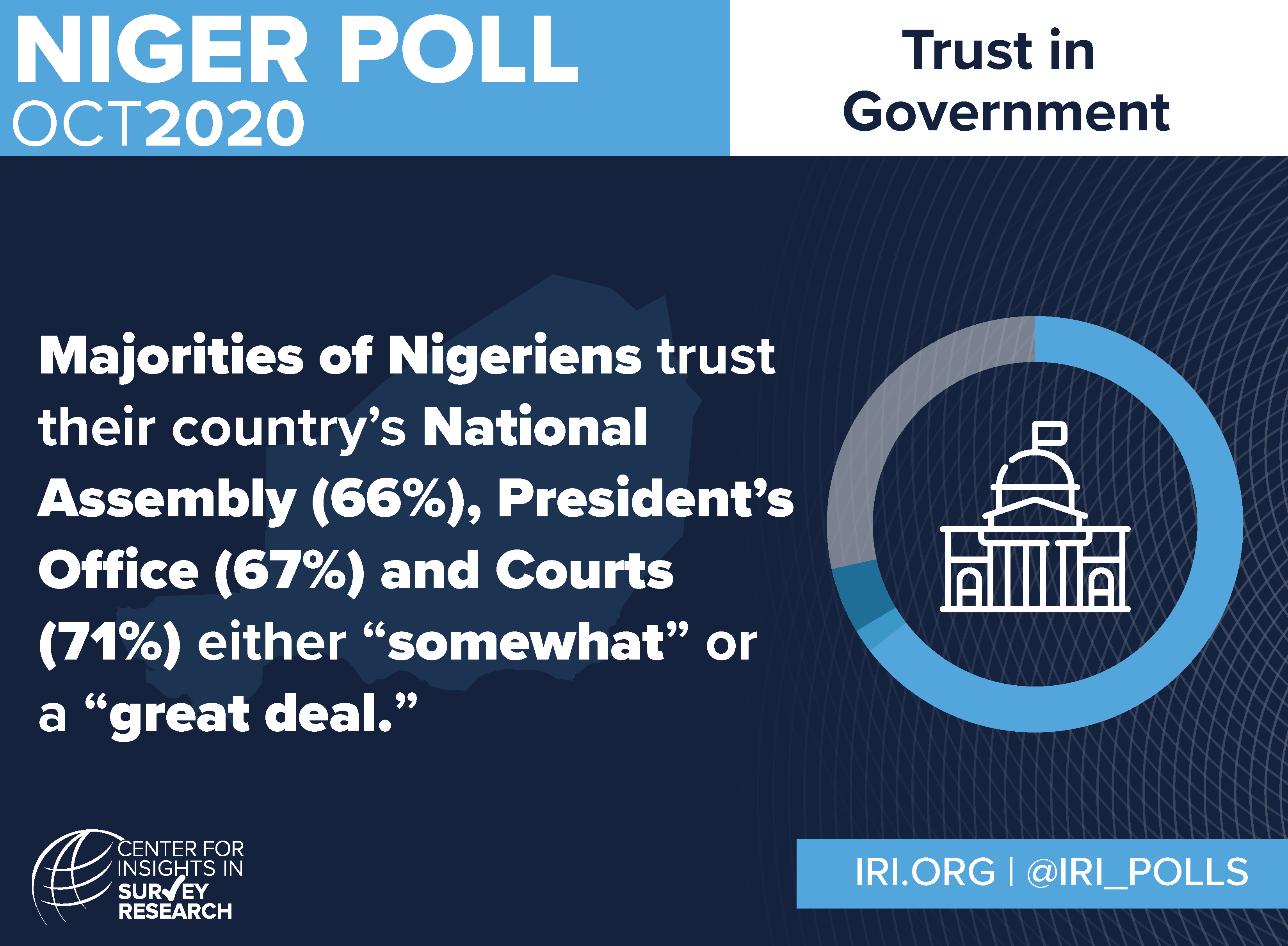 Washington, D.C. – The first-ever nationwide survey of Niger by the International Republican Institute’s (IRI) Center for Insights in Survey Research reveals widespread support for democracy and Niger’s institutions, though concerns over corruption and violent extremism persist. These findings come just a few weeks before the country’s February 21 presidential run-off elections.

“Nigeriens are confident in the importance of democracy and expressed trust in their institutions,” said IRI Regional Director for Africa Greg Kearns. “But to convince Nigeriens that their faith in democracy is not misplaced, the authorities – at all levels – must prioritize the public’s concerns and deliver on key issues such as providing basic services like electricity, ensuring food security and creating job opportunities.”

According to the poll, 75 percent of Nigeriens think democracy is the best possible form of government and 51 percent think their country is headed in the right direction. When asked about Niger’s political system specifically, 65 percent of citizens agree that they live under a nearly full (30 percent) or full democracy (35 percent).

But, despite public optimism surrounding Niger’s democracy, 74 percent of respondents believe their government is either “somewhat” (29 percent) or “very” (45 percent) corrupt. When asked about the impact of corruption, 61 percent of Nigeriens agreed that it has had “a lot” (49 percent) or “some” (12 percent) negative impact on their lives. Similarly, citizens are also very anxious about violent extremism in their country, with 80 percent nationwide agreeing it is a “big problem” in their region.

This survey was conducted on behalf of IRI’s Center for Insights in Survey Research by the Niamey-based firm CIPEL overseen by Opinion Research Business International between October 3 and 18, 2020. Data was collected in-person using computer-assisted interviewing. The sample consisted of n=1,300 nationally representative interviews and n=368 booster interviews in Agadez and Diffa. Fifteen percent of the total population was excluded due to security considerations. The sample was weighted for region, urbanity, gender, education level and age group. The margin of error does not exceed plus or minus 2.7 percent and the response rate was 97 percent. This survey was made possible thanks to funding from the National Endowment for Democracy (NED).