Kyiv, Ukraine—A nationwide poll of Ukraine by the International Republican Institute’s (IRI) Center for Insights in Survey Research reveals increased concern over the military conflict in the Donbas. The survey also indicates poor of understanding of key reforms and strong perceptions of disinformation within both traditional and social media. 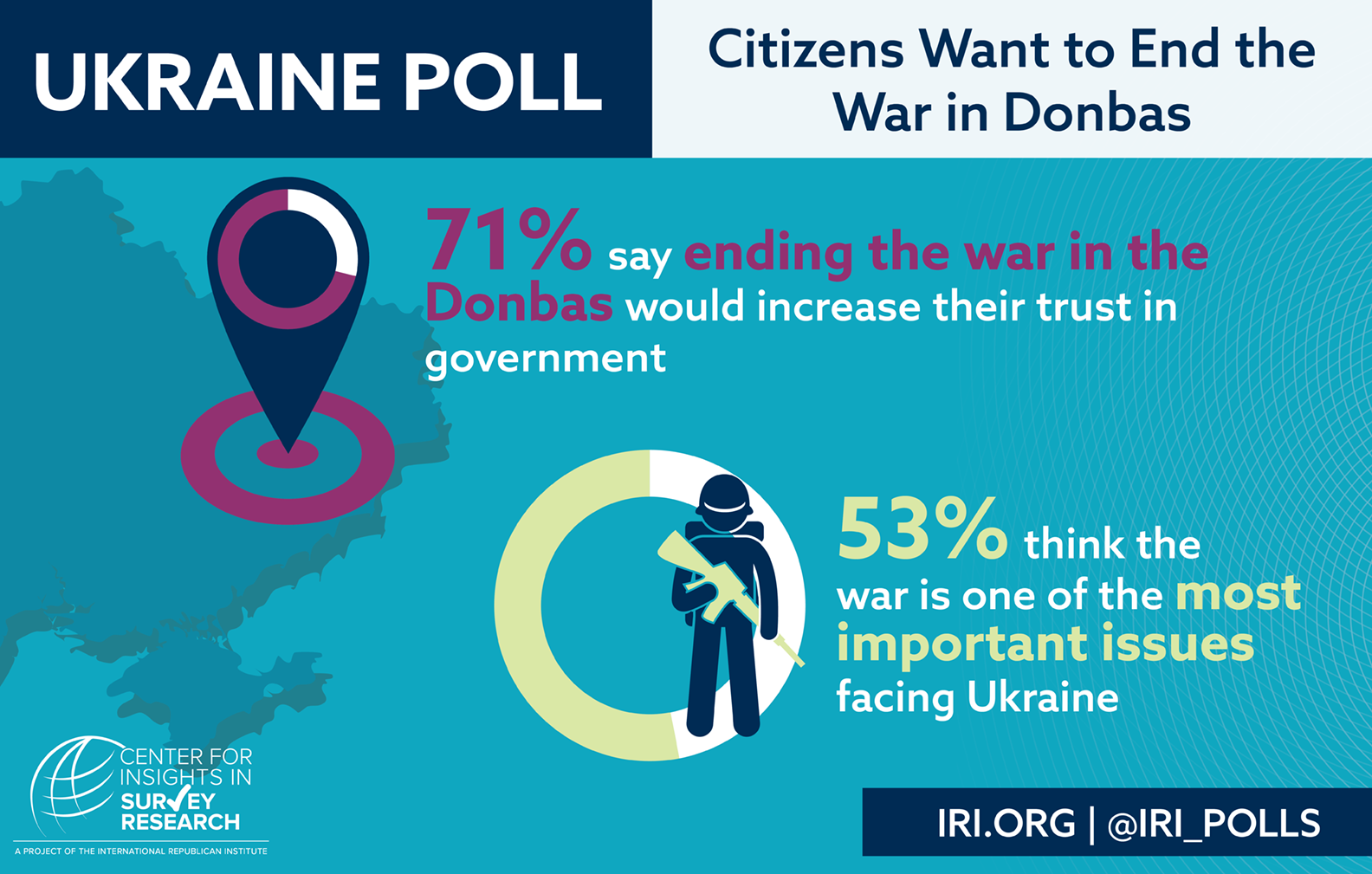 More than half of all respondents cited the “war/expansion of the conflict in Ukraine” as the greatest threat to their way of life and their children’s future. The percentage who view the conflict as one of the three most important issues facing the country rose from 41 percent in March 2018 to 53 percent. A clear majority (71 percent) of respondents believe that state authorities should “end the war in the Donbas” to increase trust in the Kyiv government.

The survey also indicates low levels of understanding of political and other reforms and low name recognition of the politicians driving these measures. For example, a combined 59 percent reported that they either did not “really” understand (28 percent) or did not understand at all (31 percent) the healthcare reforms led by acting Minister of Healthcare Ulana Suprun.

“As Ukraine enters an election year, it is clear that the public remains unaware of much of the progress that has been made in introducing political and other reforms,” said Stephen Nix, IRI Regional Director for Eurasia. “It is vital that the government and politicians ensure that they are communicating the value of these changes to the Ukrainian people in order to make the case for continued commitment to reform.”

Citizens across Ukraine also reported seeing high levels of disinformation in both traditional and on social media. More than any other region in the country, people in eastern Ukraine report encountering false or misleading information in the media on a daily or almost daily basis. In addition, Ukrainians who believe that television outlets carry misleading information think that Russian channels carry distorted content most frequently. A combined 67 percent report that they encounter misleading or false information on media, including social media “daily or almost daily” (22 percent), “at least once a week” (30 percent) or “at least once a month” (15 percent).

This survey was conducted on behalf of the Center for Insights in Survey Research by Rating Group Ukraine. Data was collected between May 26 and June 10, 2018 through face-to-face interviews at respondents’ homes. The sample consisted of 2,400 permanent residents of Ukraine aged 18 and older and eligible to vote. It is representative of the general population by gender, age, region and settlement size. The response rate was 62.7 percent and the margin of error does not exceed 2.0 percent for the full sample. 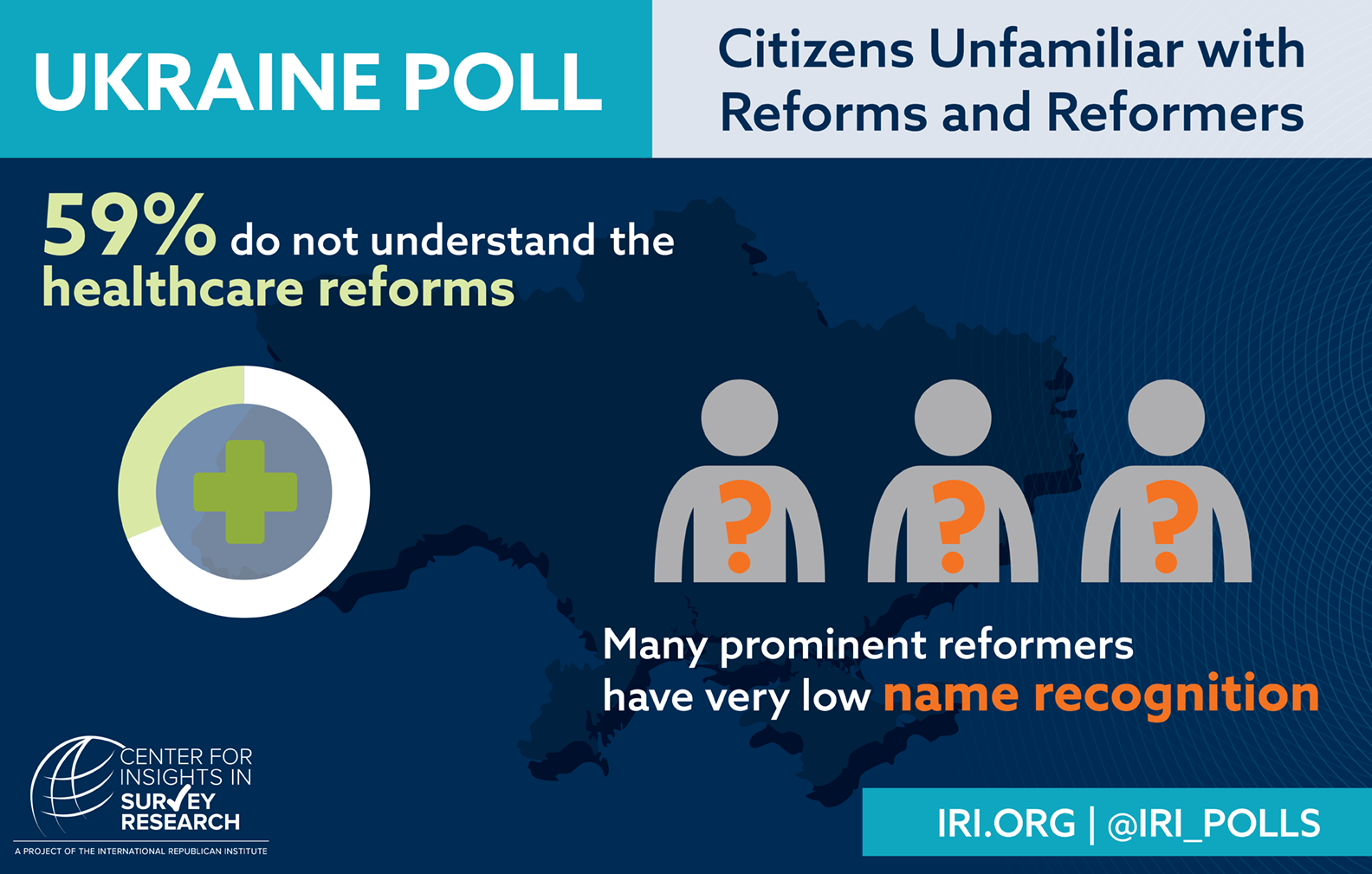 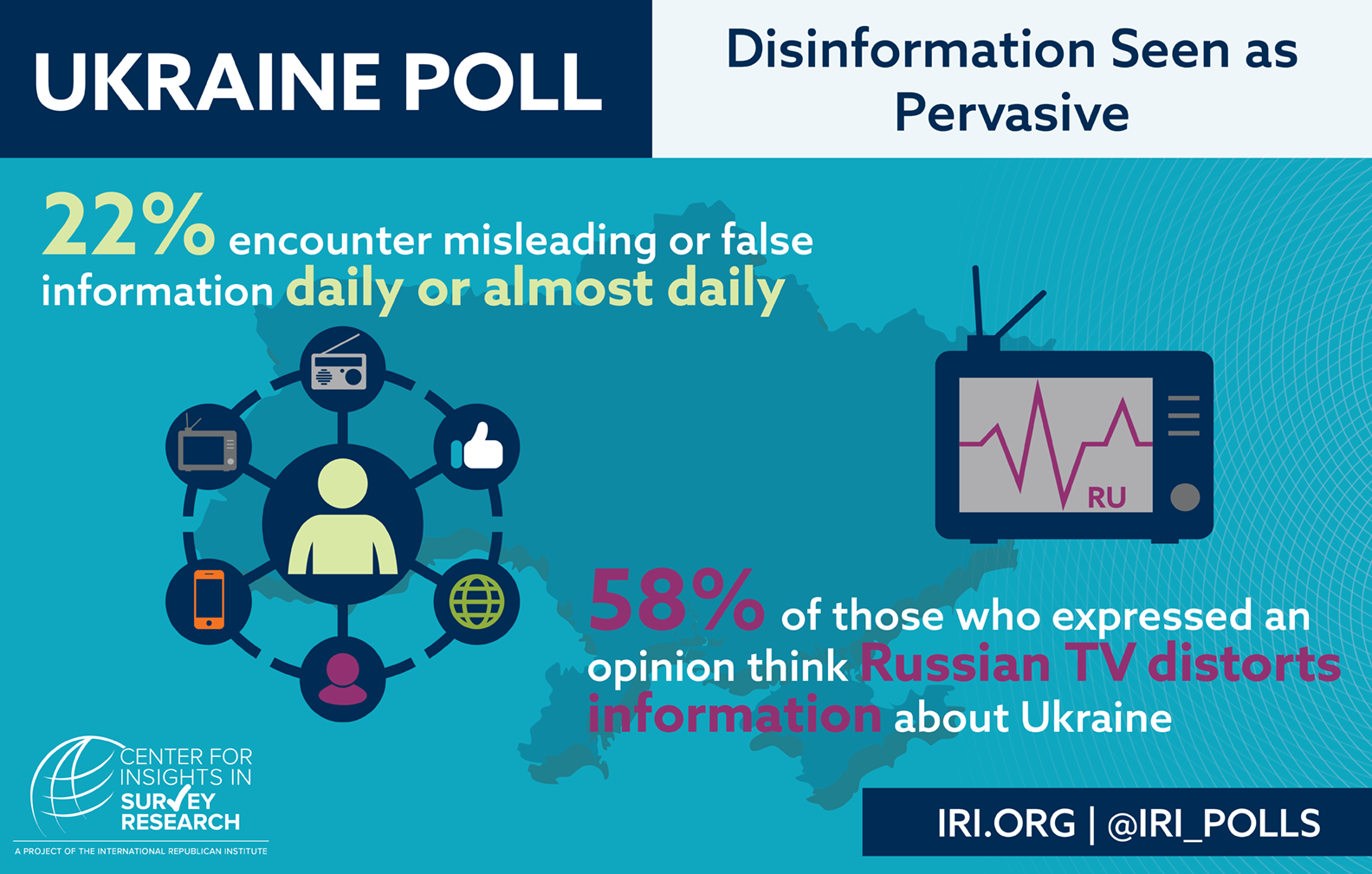