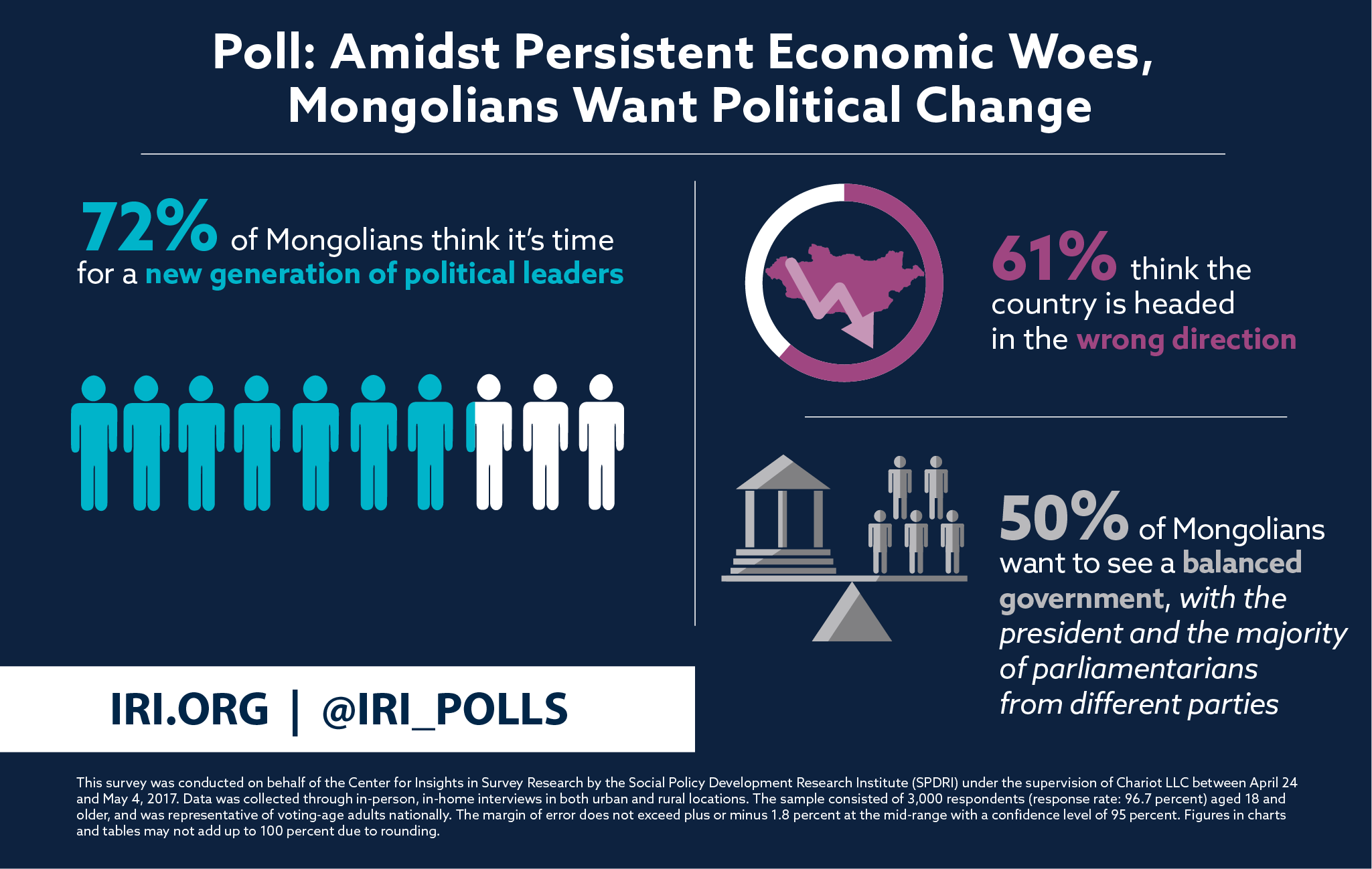 Ulaanbaatar, Mongolia—A poll of residents of Mongolia released today by the International Republican Institute’s (IRI) Center for Insights in Survey Research reveals that Mongolians want a generational change in political leadership. The poll, conducted prior to the June 26 presidential election and the July 7 runoff, also indicates continuing concerns over the current state of the economy and the country’s trajectory.

“This survey shows that Mongolians are dissatisfied on a number of fronts and want a change in politics-as-usual,” said IRI Regional Director for Asia, Derek Luyten. “Following the recent elections, it is crucial that the new president and the parliament demonstrate that they are willing to work together to address these concerns with meaningful actions.”

This survey was conducted on behalf of the Center for Insights in Survey Research by the Social Policy Development Research Institute (SPDRI) under the supervision of Chariot LLC between April 24 and May 4. Data was collected through in-person, in-home interviews in both urban and rural locations. The sample consisted of 3,000 respondents (response rate: 96.7 percent) aged 18 and older, and was representative of voting-age adults nationally. The margin of error does not exceed plus or minus 1.8 percent at the mid-range with a confidence level of 95 percent. Figures in charts and tables may not add up to 100 percent due to rounding.