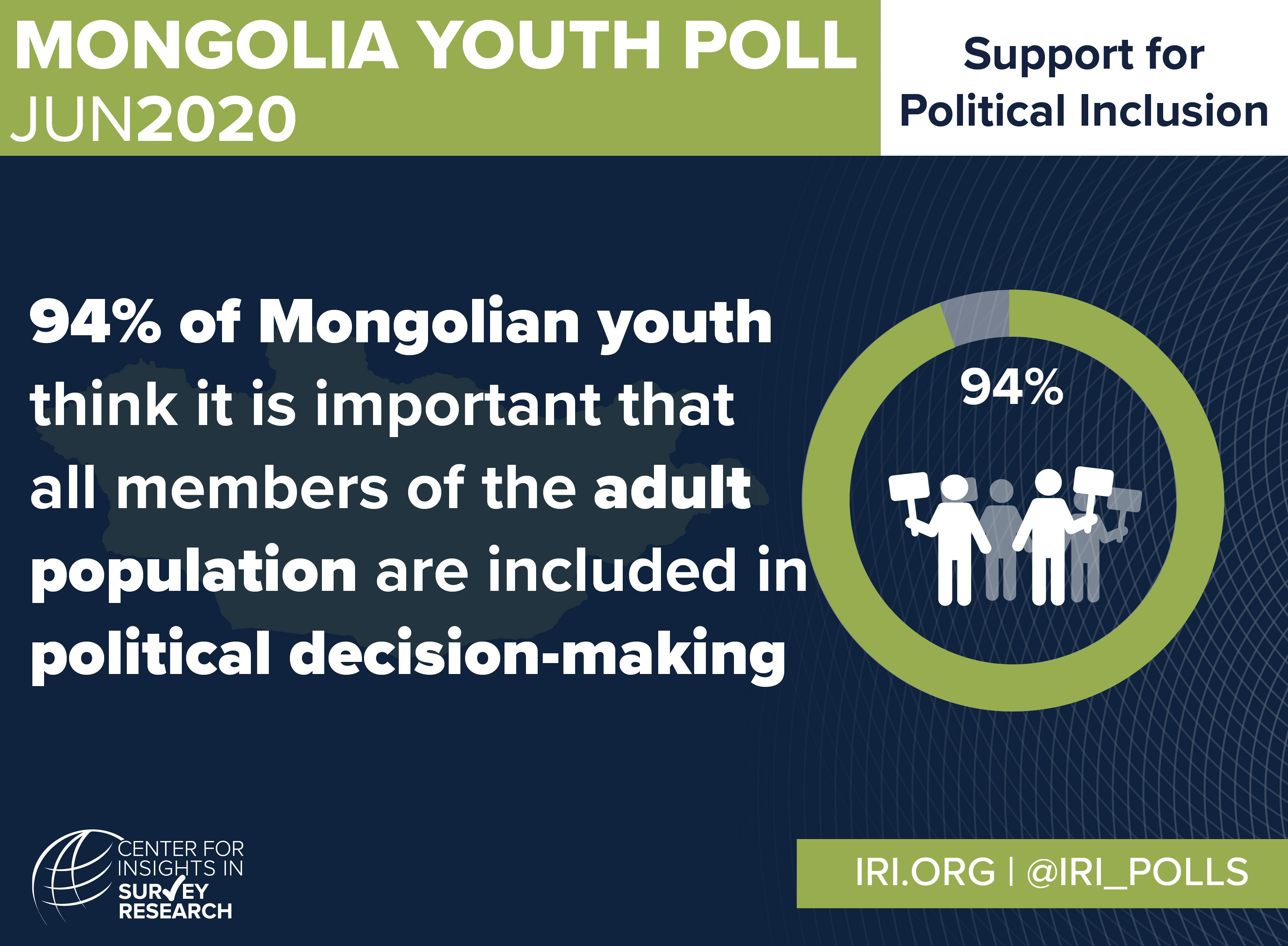 Ulaanbaatar, Mongolia – A new nationwide ​poll of Mongolia by the International Republican Institute’s (IRI) Center for Insights in Survey Research reveals strong enthusiasm for a more inclusive democracy and anxiety over unemployment. The poll surveyed Mongolians between the ages of 18 and 40, capturing youth perspectives prior to the June 2020 parliamentary elections and amid the fallout of the COVID-19 pandemic.

“This data indicates an almost unanimous belief that women, youth and people with disabilities must be active participants in the political process,” said IRI Regional Director for Asia Johanna Kao. “At a time when Mongolians are beset by anxiety over the pandemic and unemployment, it is vital that politicians engage citizens of all backgrounds in decision-making processes so that policies reflect the needs of the Mongolian people.”

Despite the current obstacles facing the country, the poll found overwhelming support among Mongolian youth for maintaining a democratic system (76 percent) – a promising sign for Mongolia’s future.

This survey was conducted on behalf of IRI’s Center for Insights in Survey Research by the Independent Research Institute of Mongolia between May 14 and June 15, 2020. Data was collected using a stratified multistage probability sampling method through in-person, in-home interviews. The sample consists of 2,494 respondents aged 18 to 40 and the data was weighted for gender and age. The margin of error does not exceed plus or minus 2 points at the 95 percent confidence level, and the response rate was 20 percent. This survey was made possible by the generous support of the National Endowment for Democracy.