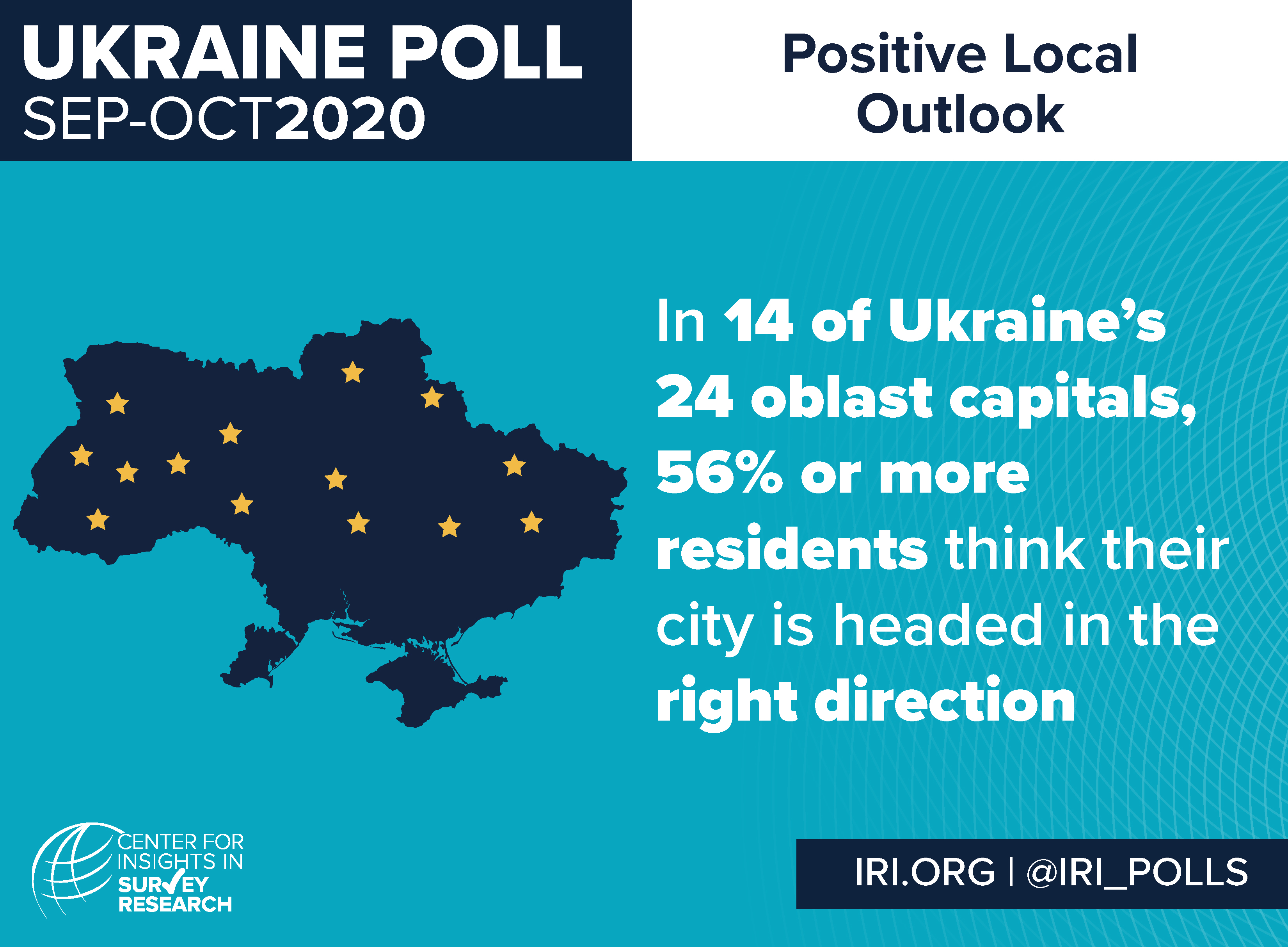 Kyiv, Ukraine – A new series of surveys conducted by the International Republican Institute’s (IRI) Center for Insights in Survey Research show trust in the electoral process at the local level, modest optimism for local reforms and the primacy of social media as a source of political information.

The first elections to be conducted under a new unified electoral code, Ukraine’s October 2020 vote represented a milestone in the country’s political development and brought to power the first officials to lead the re-organized districts. Conducted through one national survey in September 2020 and two waves of telephone surveys in 23 of Ukraine’s 24 oblast capitals, including Donetsk oblast’s provisional capital, Kramatorsk and the city of Kryvyi Rih, IRI was able to track and monitor Ukrainians’ attitudes and opinions over the course of this historic election campaign.

The polls also show satisfaction with the pace and quality of reforms at the local level in Ukraine, but discontent with governance at the national level. While only 19 percent of Ukrainians believed their country was headed in the right direction in September, majorities in 15 of the 24 cities surveyed showed optimism in the outlook of their cities, with satisfaction the highest in Khmelnytskyi (89 percent) and the lowest in Kherson (15 percent).

Additionally, only very small minorities in each city think local election results will translate to declining progress in their cities. These findings reflect public support for the performance of local governments in Ukraine, which is further shown by trust in the democratic integrity of the local elections.

In terms of campaigning and political positioning in Ukraine, 50 percent of respondents on the national level cited internet sites as among their primary sources of information on local authorities’ activities and local affairs. For the first time in IRI’s history of polling in Ukraine, internet sourcing of information came in slightly higher than television-based programming, which only 41 percent indicated as among their primary sources. Also, when analyzing the city specific results, respondents were much more likely to name the internet or social media rather than television as among their top sources of information about political parties or candidates.

The national survey was conducted by Rating Group Ukraine and the two municipal surveys were conducted by Info Sapiens on behalf of the International Republican Institute’s Center for Insights in Survey Research.

The national data was collected through Ukraine (except for in the occupied territories of Crimea and Donbas) between September 16 and September 18, 2020. The methodology for all three surveys relied on computer assisted telephone interviews (CATI). The national sample consisted of 2,445 residents of Ukraine aged 18 and older. The survey data obtained was weighted by gender, age and regional distribution using data from the State Statistics Service of Ukraine as of January 1, 2018. The response rate was 14 percent. The margin of error for the national poll does not exceed two (2) percent.

These surveys were made possible by the generous support of the American people through the U.S. Agency for International Development (USAID).