A new national poll* conducted in Romania by the International Republican Institute’s (IRI) Center for Insights in Survey Research reveals strong support for transatlantic institutions. The survey also indicates that a vast majority see corruption in the country as widespread. 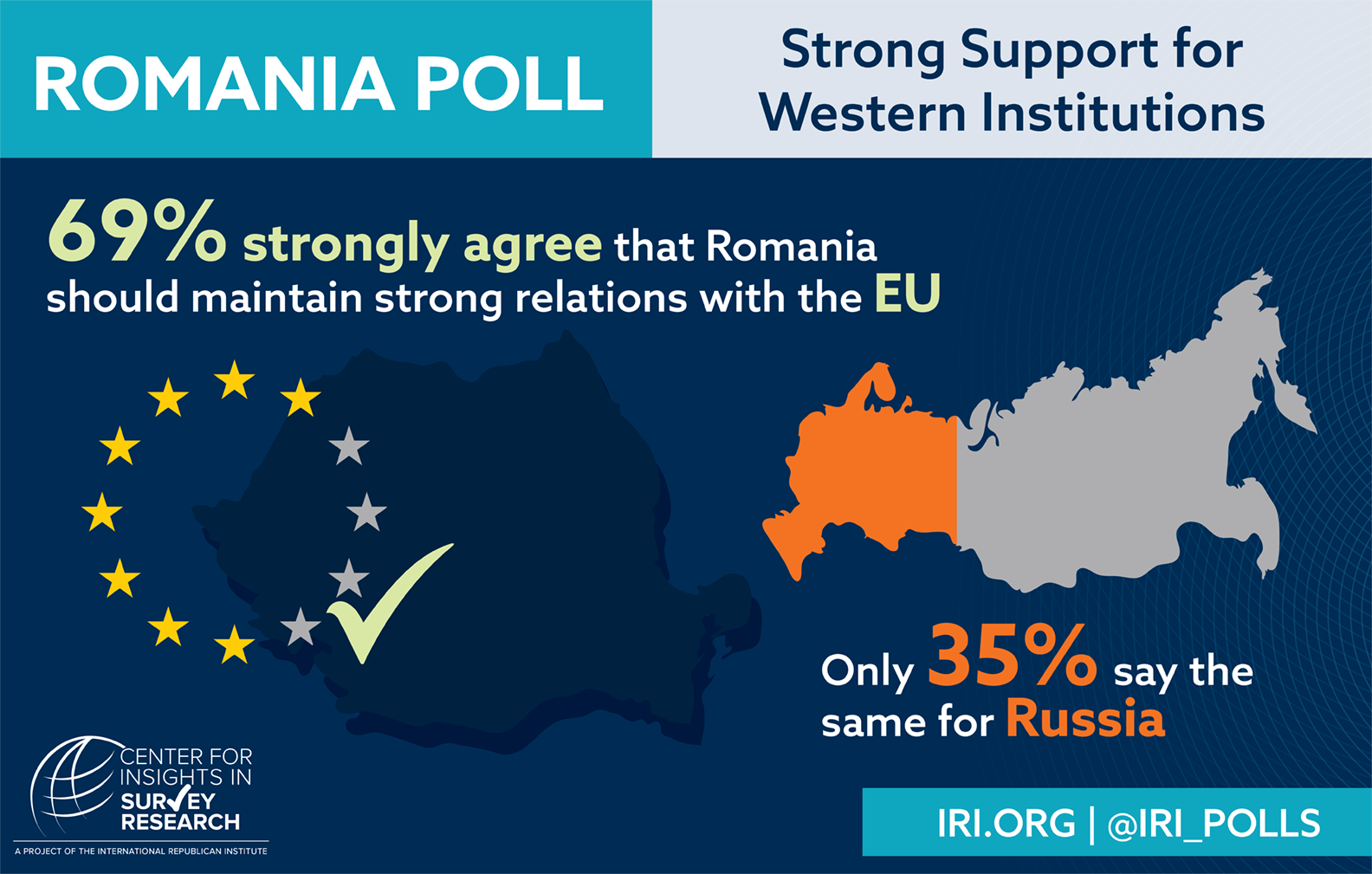 “Romanians remain committed to the Western institutions that have proven crucial to the country’s development since the collapse of communism in 1991,” said IRI Deputy Director for Europe Paul McCarthy. “However, the fact that so many Romanians see corruption as widespread testifies to the need for continued strengthening of democratic institutions. The U.S. has a vital role to play in protecting this young democracy from backsliding by supporting good governance and maintaining our strong alliance with Romania.”

A clear majority (85 percent) of respondents believe that European Union (EU) membership is good for Romania. Enthusiasm for the North Atlantic Treaty Organization (NATO) is also high: A combined 85 percent view NATO membership as either “very positive” (44 percent) or “somewhat positive” (41 percent). While 69 percent of respondents “strongly agree” that maintaining strong ties with the EU best serve Romania’s interests, only 35 percent said the same for Russia.

The survey also indicates that a striking majority consider corruption in Romania to be pervasive. A combined 93 percent of Romanians believe that corruption is either “very widespread” (58 percent) or “somewhat widespread” (35 percent). National authorities are perceived as the most corrupt at 58 percent, compared to 19 percent for both regional and local authorities.

This survey was conducted on behalf of the Center for Insights in Survey Research by OpinionWay. Data was collected between May 7 and June 2, 2018 through face-to-face interviews. The sample consisted of 1,203 residents of Romania aged 18 and older. The sample is representative of the general population by age, gender and region. 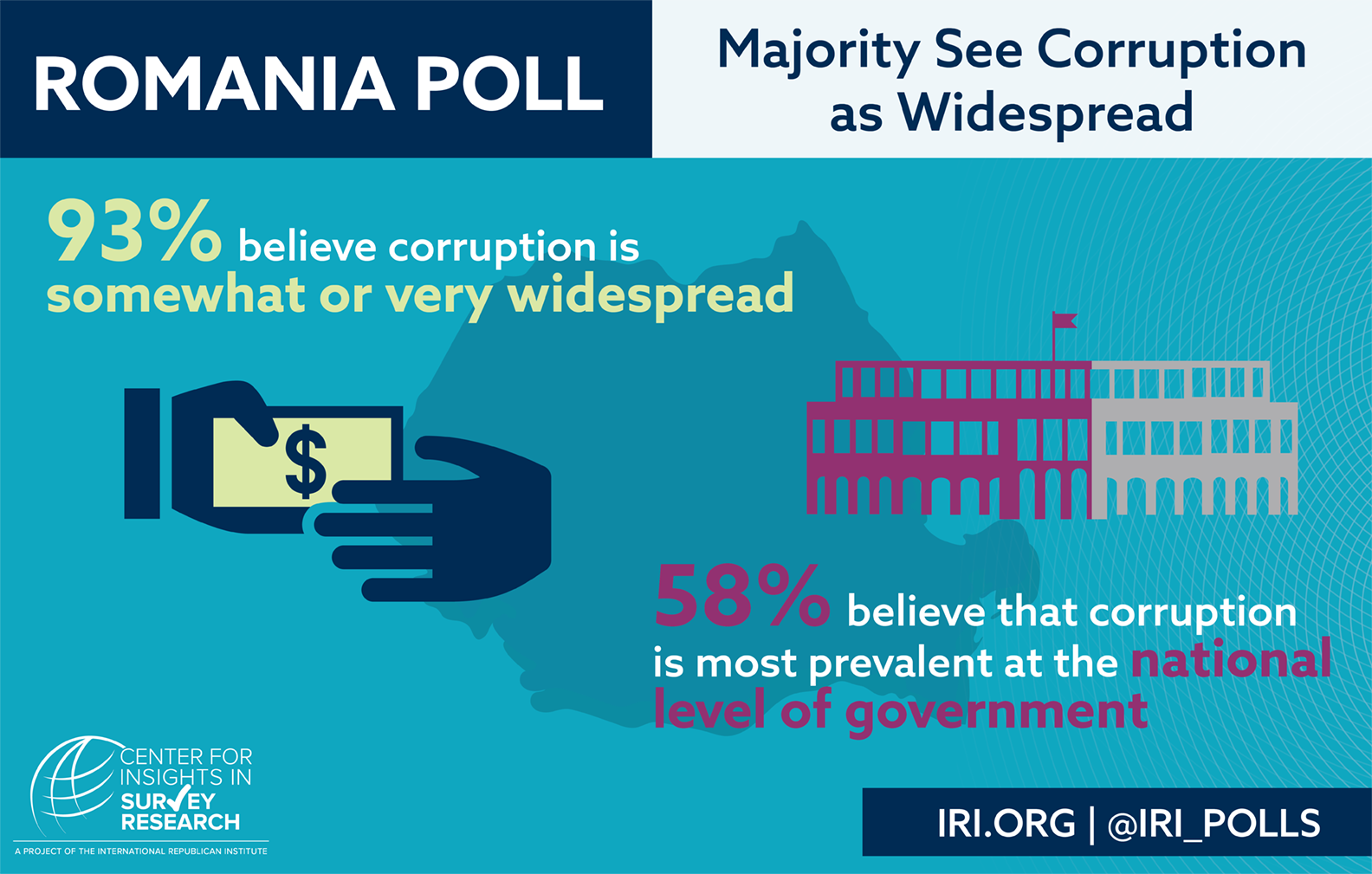