Kyiv, Ukraine—A new poll of Ukrainians by the International Republican Institute’s (IRI) Center for Insights in Survey Research reveals a wide-open March 2019 presidential race, growing support for the establishment of the Autocephalous Orthodox Ukrainian Church, and significant interest in emigration. 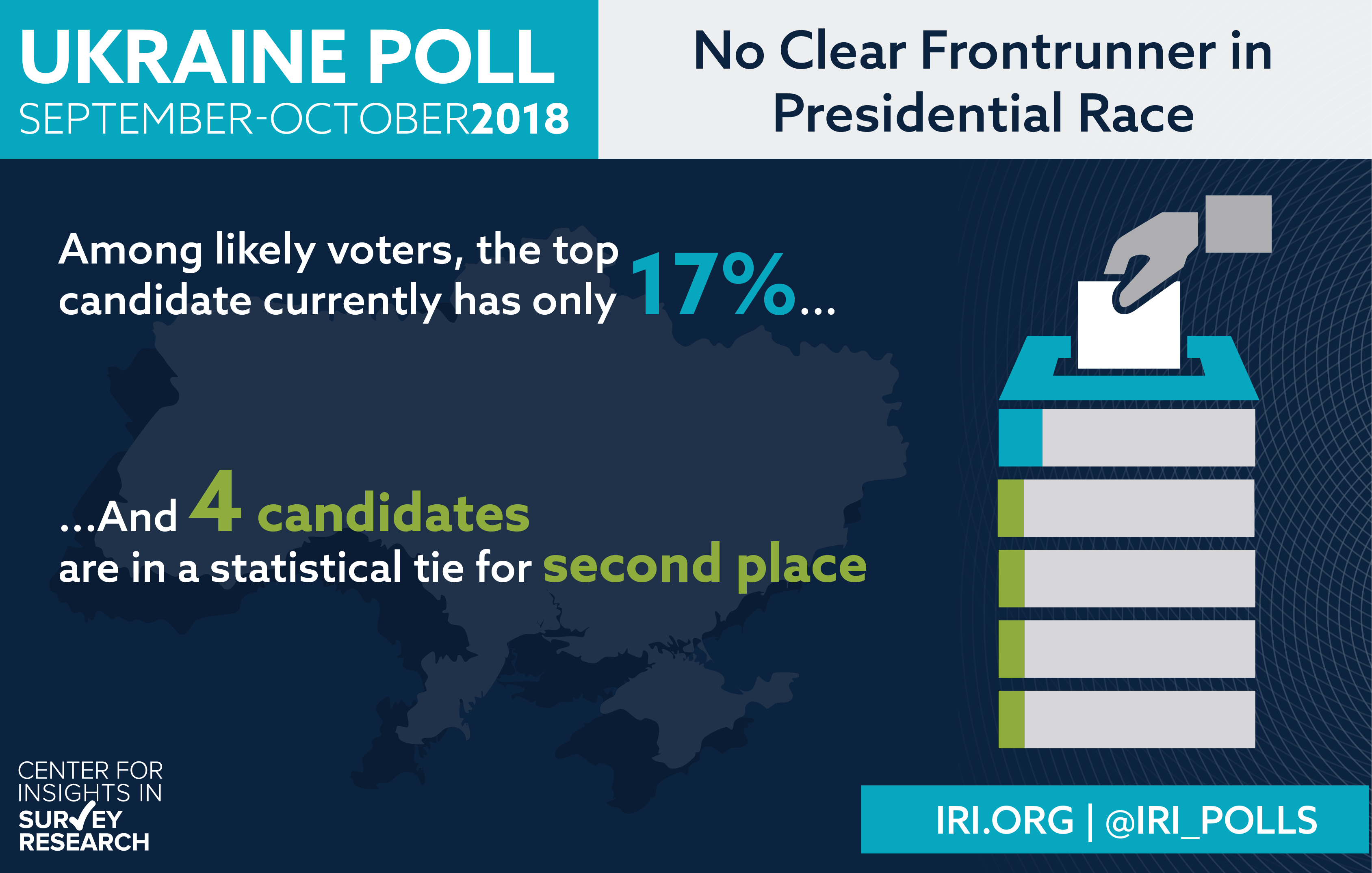 “The absence of a clear frontrunner in the presidential election suggests that voters have not decided which candidate will respond to the issues that are most important to them, such as improving the economy, resolving the war in the Donbas and tackling corruption,” said IRI Regional Director for Eurasia Stephen Nix.

Yulia Tymoshenko leads the field of presidential candidates with 17 percent of likely voters. President Poroshenko, political outsider Volodymyr Zelenskyi and two other candidates are in a statistical tie for second place.

The survey also indicates that Ukrainians increasingly favor the establishment of the Autocephalous Orthodox Ukrainian Church independent from the Moscow Patriarchate, with support rising from 39 percent in June 2018 to 47 percent.

Disinformation remains a concern to Ukrainians: just under half of Ukrainians believe their community is more vulnerable to disinformation as a result of the war in Donbas. Respondents named fact checking (37 percent) and education (32 percent) among the most effective methods to combat disinformation, as opposed to pursuing more heavy-handed measures such as banning media organizations (27 percent) or social media sites (21 percent).

This survey was conducted on behalf of the Center for Insights in Survey Research by Rating Group Ukraine. Data was collected between September 29 and October 14, 2018 through face-to-face interviews at respondents’ homes. The national sample consisted of 2,400 permanent residents of Ukraine aged 18 and older and eligible to vote, and an additional 1,200 interviews were collected in the cities of Kherson, Rivne, Severodonetsk, and Slovyansk. The response rate was 63 percent and the margin of error does not exceed +/- 2.0 percent for the full national sample. It is representative of the general population by gender, age, region, and settlement size. The survey was funded by the U.S. Agency for International Development (USAID). 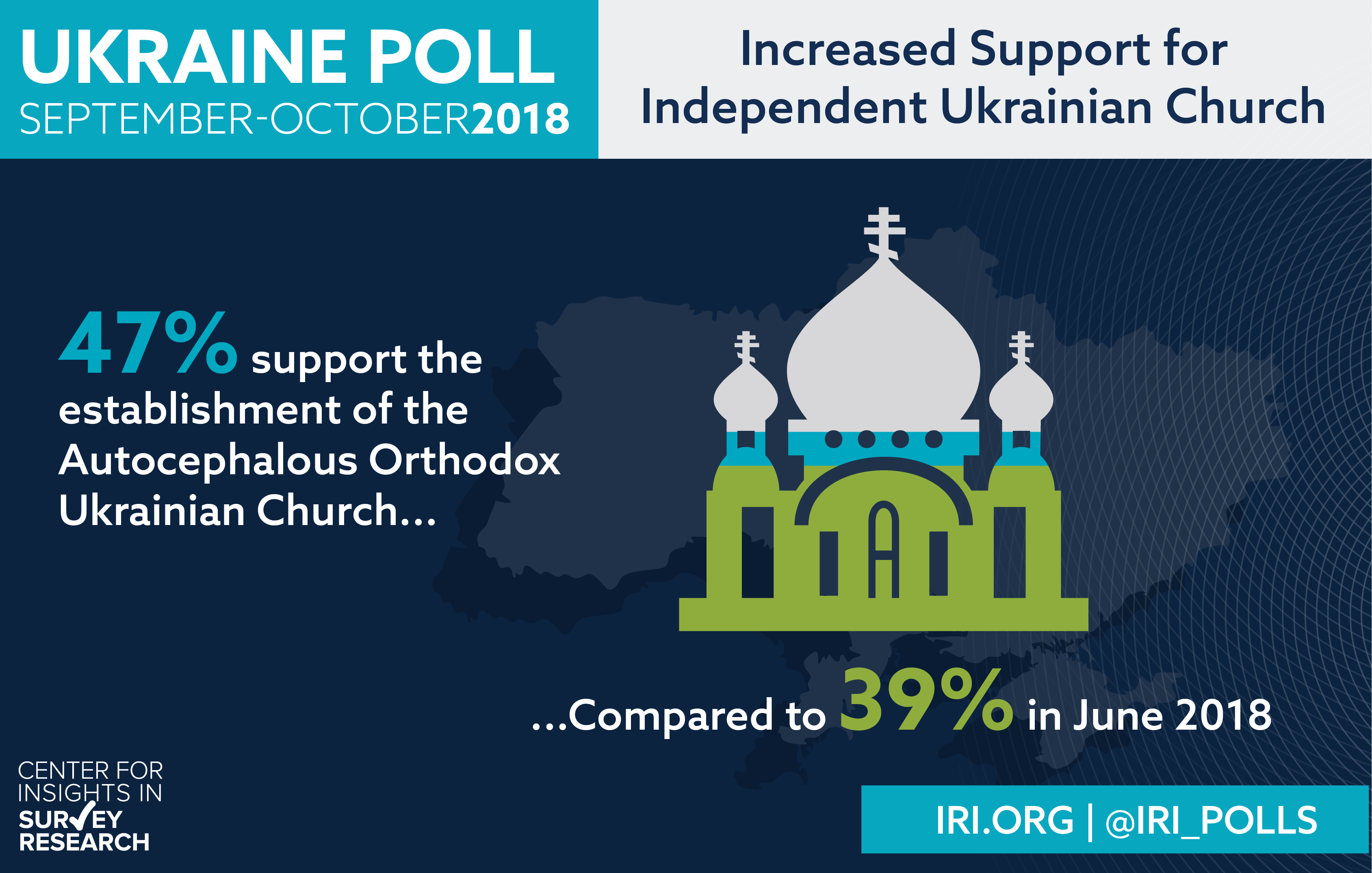 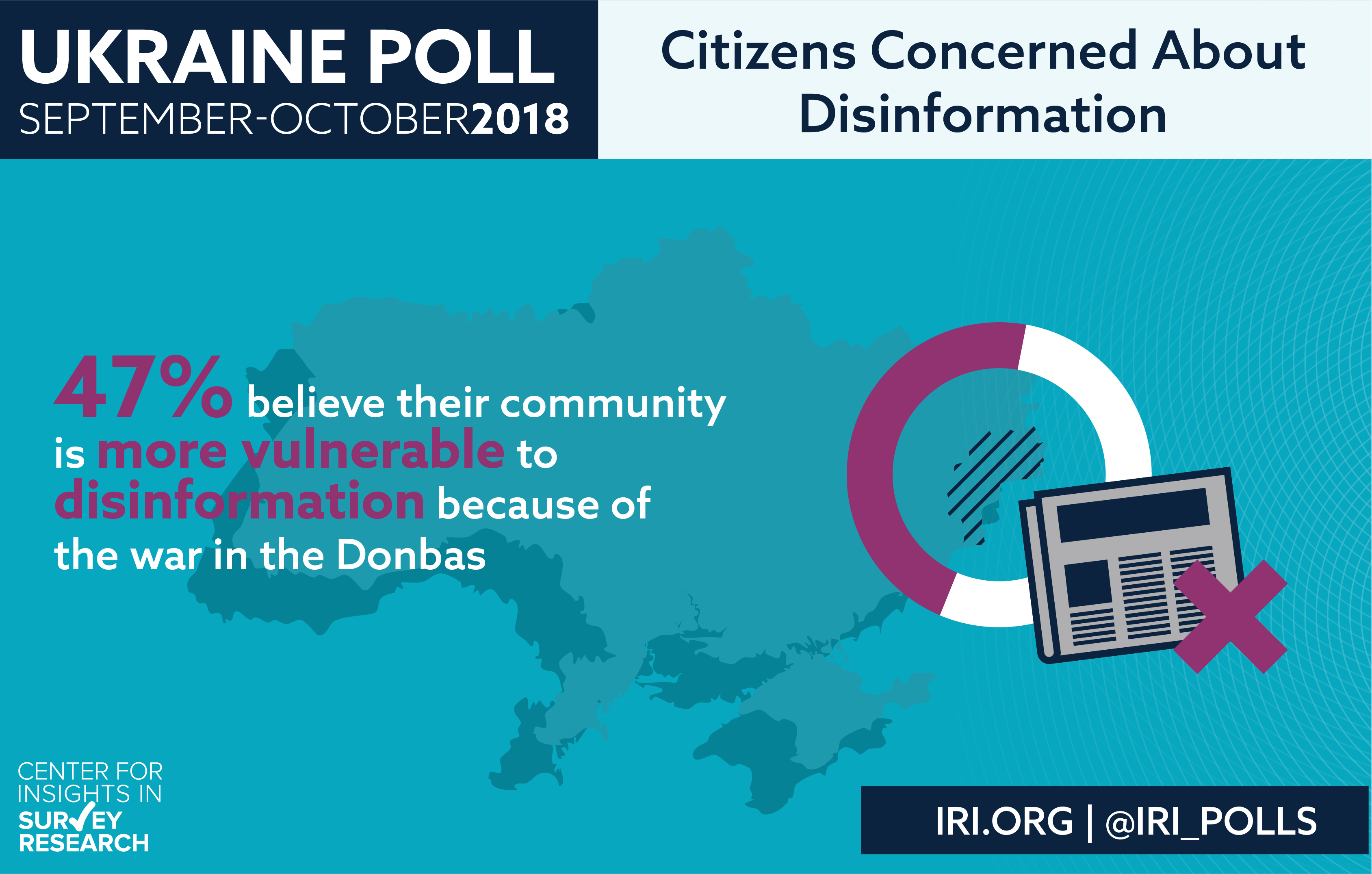 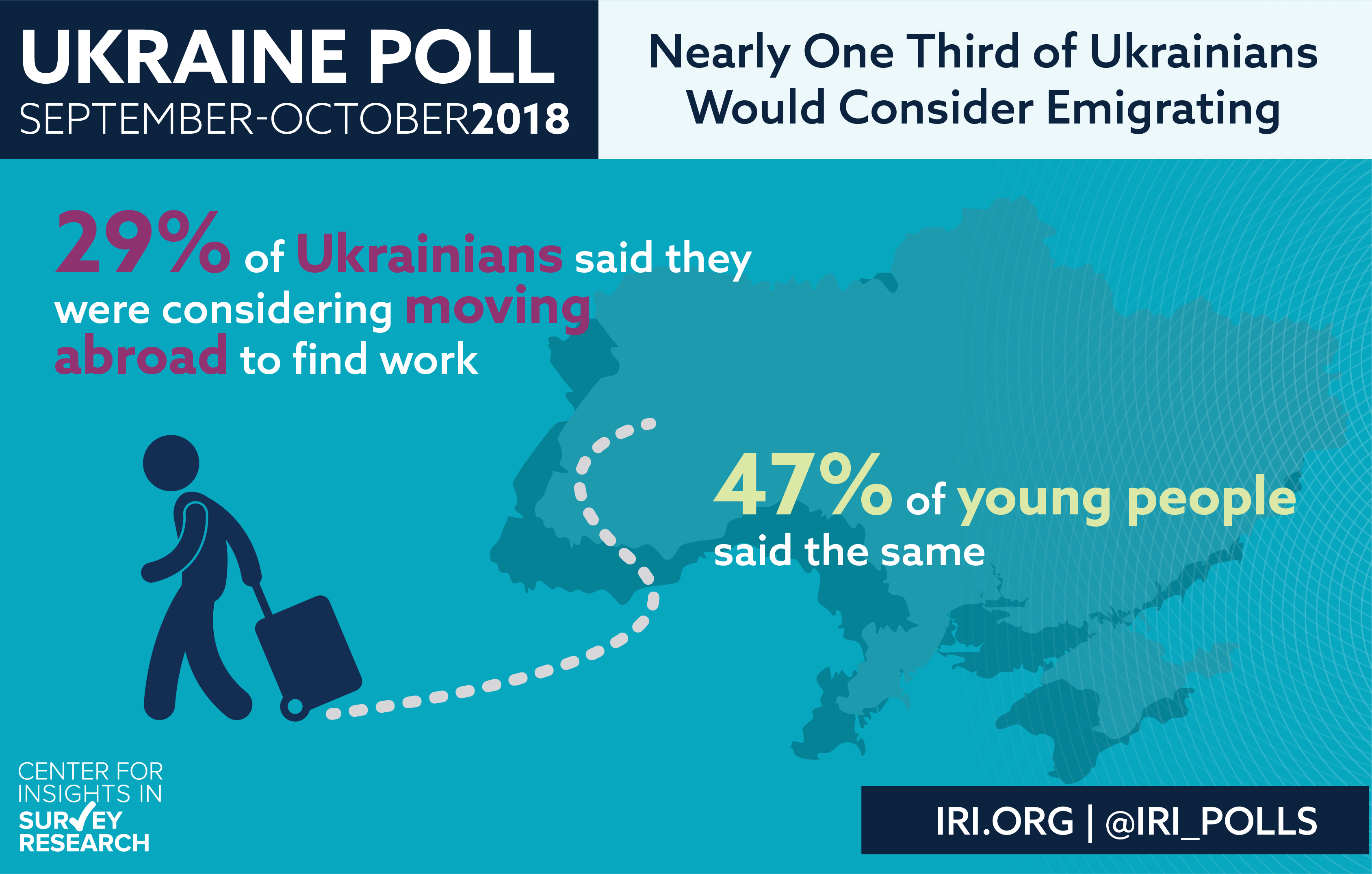 *Note: The version of the presentation published on November 30, 2018 inadvertently omitted several slides and contained minor numerical deviations (within the margin of error) on several slides. These issues have now been corrected.