Ukraine Survey Shows Confidence in Local Government Ahead of Elections 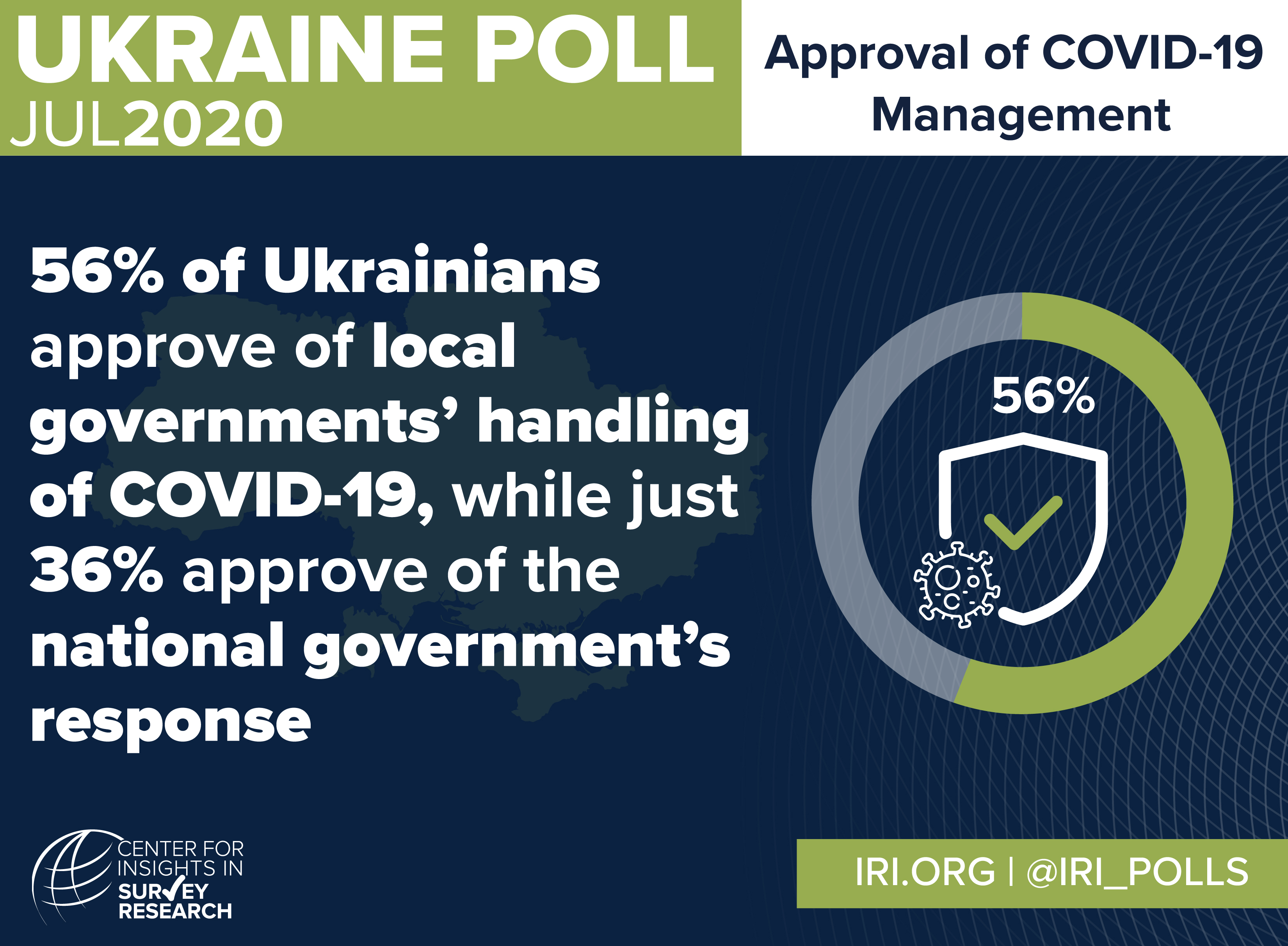 Kyiv, Ukraine – A new nationwide survey of Ukraine by the International Republican Institute’s (IRI) Center for Insights in Survey Research (CISR) shows a high level of approval of local government management of the COVID-19 pandemic, contrasted with lower ratings for the national government. It also reveals high enthusiasm for Ukraine’s upcoming local elections, scheduled for October 25, 2020. With oversamples in Poltava, Kramatorsk and Zhytomyr, this poll offers insights into public perceptions at the national level as well as differing perspectives and priorities across the country.

“With Ukraine’s mayors and national government offering myriad responses to COVID-19, the data clearly shows that there is greater confidence in the way local governments have handled this crisis,” said IRI Regional Director for Eurasia Stephen Nix. “This indicates that following the successful decentralization reform, Ukrainian citizens continue to place more trust in their local officials as opposed to waiting for the national government to act.”

According to the survey, 56 percent of citizens approve of their local government’s handling of COVID-19, whereas 34 percent disapprove of it. Thirty-six percent of Ukrainians support the National Government’s COVID-19 response, while 51 percent do not. Notably, respondents assessed the performance of both local authorities more positively in eastern and southern Ukraine, where the outbreak of COVID-19 has been less severe.

Despite the ongoing pandemic, 77 percent say they are likely to participate in next month’s local elections. Enthusiasm for the upcoming elections is even higher among women, with 80 percent planning to vote compared to 72 percent of men. Among the 20 percent of Ukrainians who are unlikely to participate in the October elections, the top reasons cited include a lack of confidence in the electoral process (15 percent), uninspiring candidates (14 percent) and a belief that their vote doesn’t matter (13 percent).

The survey was conducted on behalf of IRI’s Center for Insights in Survey Research by the Sociological Group “Rating” between July 30 and July 31, 2020. Data was collected using a computer-assisted telephone interview method based on a random sample of mobile numbers. The sample consists of 2,472 Ukrainians aged 16 and older. The data was weighted for region, age and gender. The margin of error does not exceed 2 percent at the 95 percent confidence level, and the response rate was 12 percent. The survey was made possible by the National Endowment for Democracy.