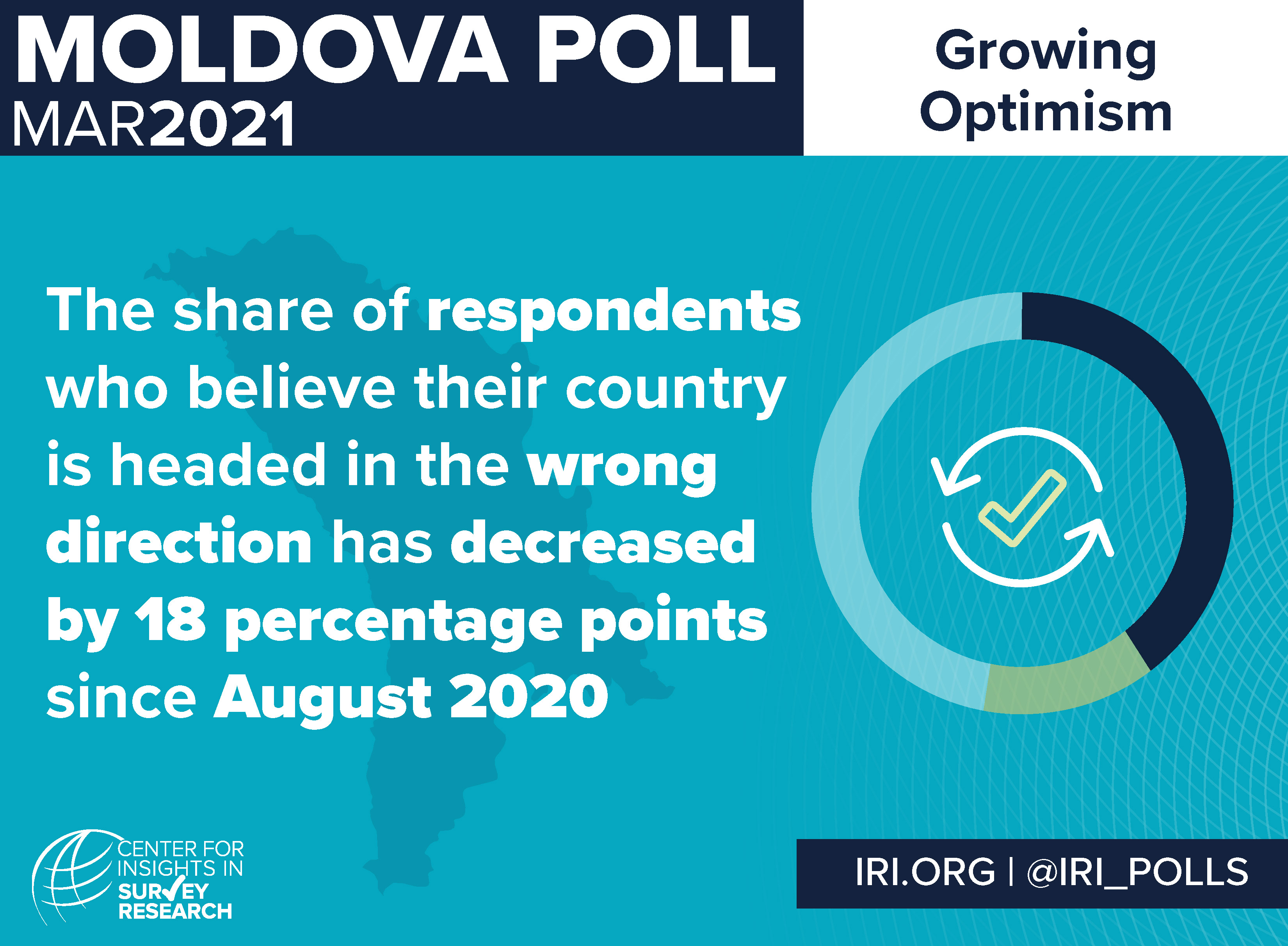 Chisinau, Moldova – A new nationwide poll of Moldova by the International Republican Institute’s (IRI) Center for Insights in Survey Research reveals increased optimism in the country’s future, but persistent concerns over the economy and corruption. These findings come at a crossroads, with members of Parliament resisting President Maia Sandu’s call for early parliamentary elections.

Before the election that brought Sandu to power, 72 percent of citizens believed Moldova was moving in the wrong direction, whereas only 54 percent hold that perception today. Compared to other politicians, Sandu appears to be gaining the people’s confidence, with 41 percent of respondents citing her as the political and/or public person they trust most.

Despite Moldovans’ growing optimism, economic issues remain their top concern. Thirty-four percent of citizens listed unemployment as a major problem for Moldova, while another 24 percent believe low incomes are a major issue at the national level. 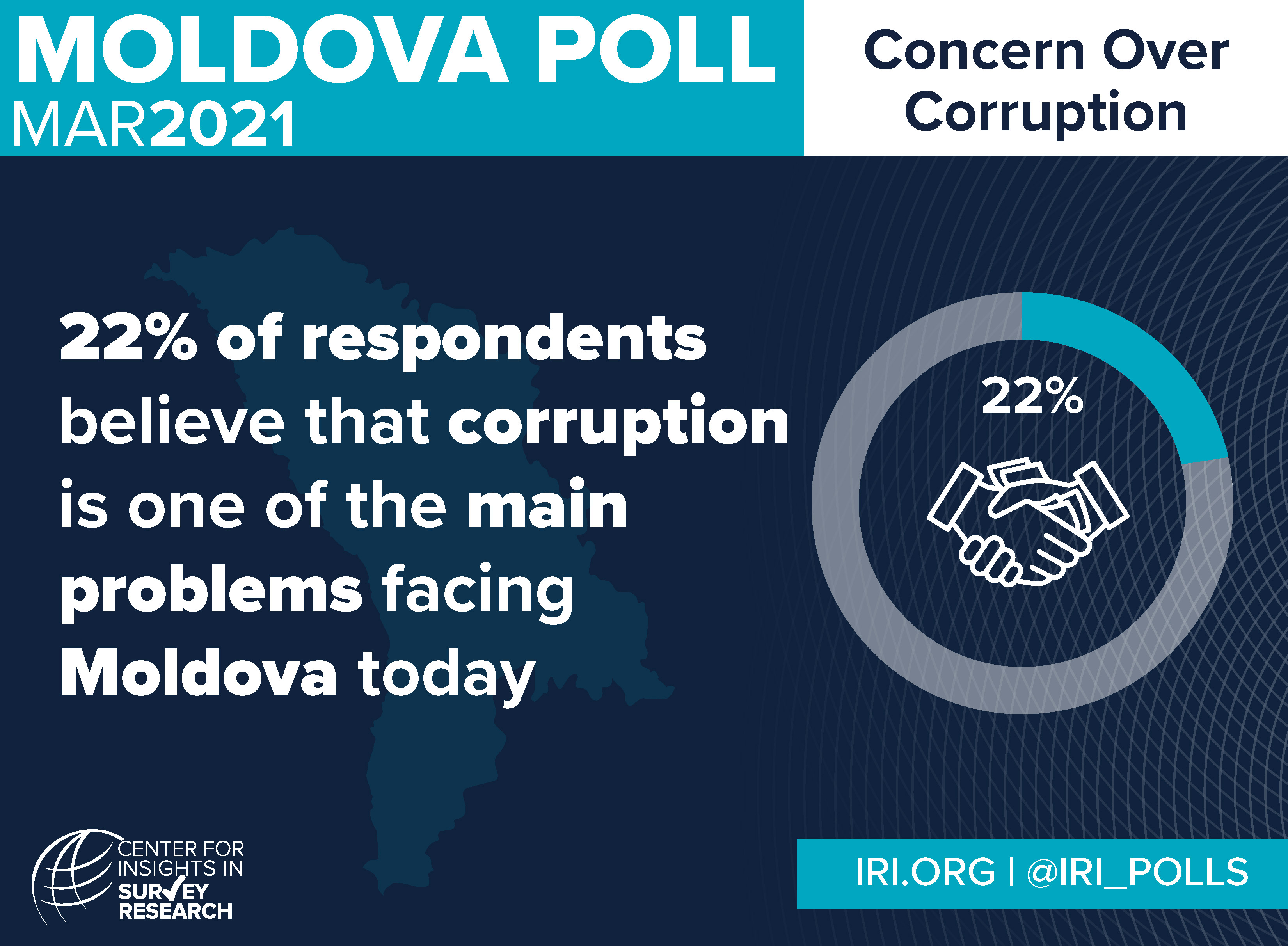 Lastly, the survey finds that 65 percent of citizens are in favor of early parliamentary elections in Moldova. “The public’s concern over corruption, coupled with their support for early elections, suggest President Sandu’s anti-corruption agenda is motivating Moldovans to demand increased government transparency, through political change if necessary,” added Nix.

Read the Romanian version of the poll at this link.

The survey was conducted by Ipsos on behalf of the International Republican Institute, with fieldwork conducted by Magenta Consulting. The data was collected throughout Moldova (with the exception of Transnistria) between February 9 and March 16, 2021 through computer-assisted phone interviews. The sample, including an oversample of Chisinau, consisted of n=2,001 permanent residents of Moldova aged 18 and older and eligible to vote. It was weighted to be representative of the general population of Moldova by age, gender, region and settlement size. The margin of error does not exceed plus or minus 2.4 percent at the 95 percent confidence level, and the response rate was 9 percent. The survey was made possible by the generous support of the American people through the U.S. Agency for International Development (USAID).