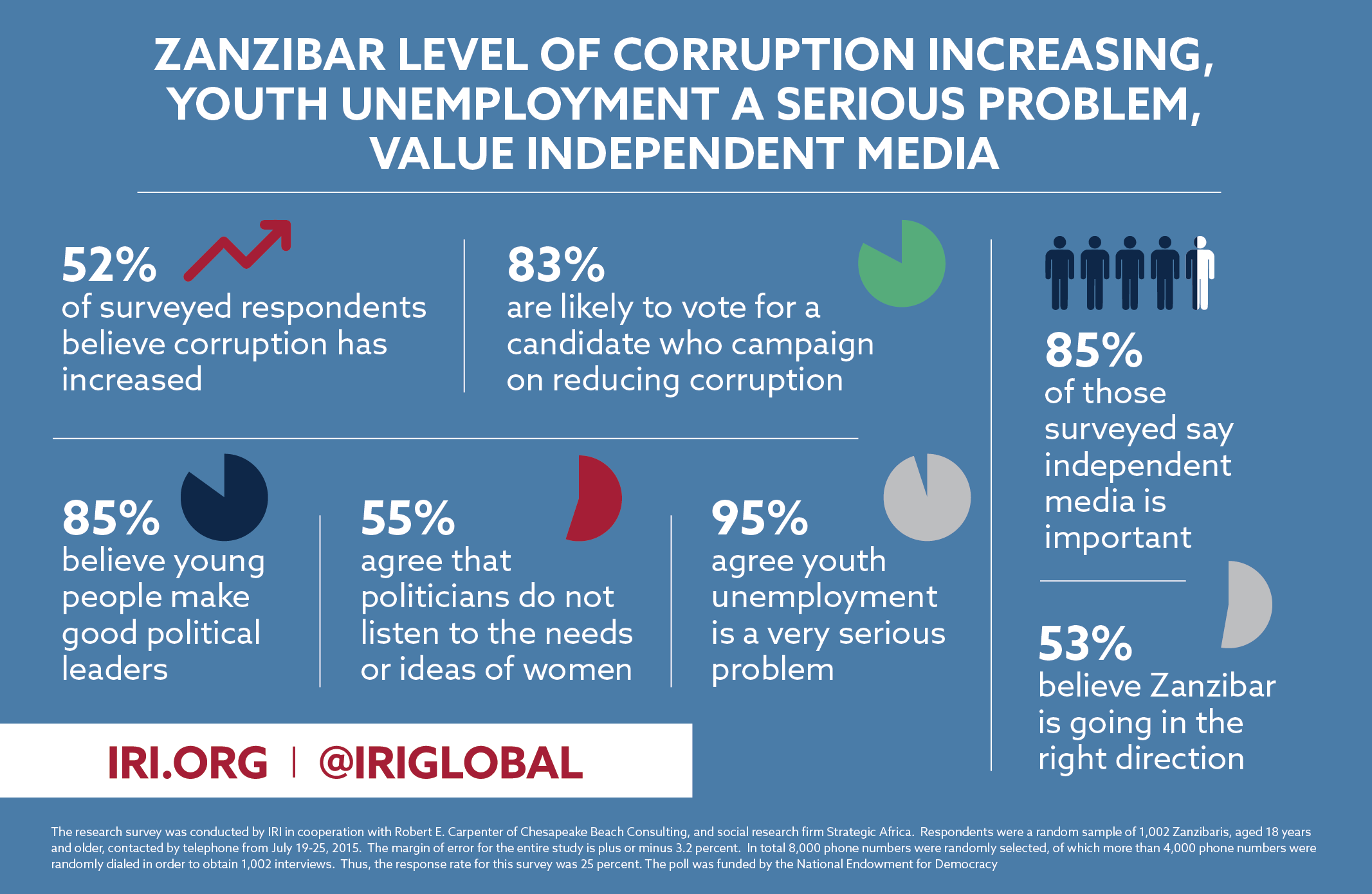 Zanzibar, Tanzania – A public opinion poll released today by IRI revealed an overwhelming number of Zanzibaris want candidates in the upcoming elections to address youth unemployment and corruption.  They also express strong support for independent media that is free of government control.

“The October elections present a crossroads moment for both Zanzibar and Tanzania in general,” said Mark Green, president of IRI and former U.S. ambassador to Tanzania.  “This poll shows Zanzibaris are ready to vote and shape their country’s future.”

“Tanzania is a demographically young country,” Green continued.  “For many voters, this will be their first election.  We certainly hope they will take advantage of their democratic birthright.”

Support for Addressing Corruption
Although a slight majority of Zanzibaris (53 percent) said the island is going in the right direction, 83 percent of respondents expressed support for candidates who campaign on tackling corruption.  Seventy-three percent said they would be definitely more likely to vote for such candidates.  While corruption is not cited as Zanzibar’s top priority, a majority agree the problem is getting worse.

Independent Media is Highly Valued
Of the Zanzibaris polled, 87 percent said it is important or very important for their regular source of news to be free and independent, including free of government interference.  More than two-thirds of respondents expressed an interest in following current events, including news about their government and politics, and 62 percent said they received news daily.

Methodology
The research survey was conducted by IRI in cooperation with Robert E. Carpenter of Chesapeake Beach Consulting, and social research firm Strategic Africa.  Respondents were a random sample of 1,002 Zanzibaris, aged 18 years and older, contacted by telephone from July 19-25, 2015.  The margin of error for the entire study is plus or minus 3.2 percent.  In total 8,000 phone numbers were randomly selected, of which more than 4,000 phone numbers were randomly dialed in order to obtain 1,002 interviews.  Thus, the response rate for this survey was 25 percent.