A Credible Electoral Process and a Message to Government: Burma’s Recent By-Elections

Burma made strides toward consolidating its recent record of holding well-administered, credible elections in the November 3 by-elections.

The elections were deemed “peaceful and credible with no significant incidents that can have negatively impacted the results” by an international observer mission of the Asian Network for Free Elections (ANFREL). Local observers generally concurred with this assessment, despite noting a few areas for improvement in electoral administration.

The success of this election builds on previous credible general elections in 2015 and by-elections in 2017, demonstrating a robust electoral process, especially for a country only recently emerging from military rule. The by-elections are the second held since the 2015 general elections, in which the National League for Democracy (NLD) won an overwhelming victory. In the 2017 by-elections, 19 seats in national and state/regional assemblies were contested, with the NLD winning eight of the 12 seats in the National Assembly and one of the seven seats in the state/regional assemblies.

Opposition parties made significant gains at the expense of the ruling NLD in the November by-elections. While the NLD won seven of the 13 national and regional seats up for election, the NLD lost four seats it previously held. Of these four seats, the Union Solidarity and Development Party, which was founded by former military leaders and was in power from 2010-2015, won three seats, and the Chin League for Democracy, an ethnic political party, won the other. Turnout was high for a by-election, averaging 42 percent, indicating strong public participation.

The results for the 2018 by-elections show that NLD’s support may have further eroded, due to concerns about the peace process, the economy and the ruling party’s ability to deliver on its 2015 campaign promises.

NLD spokesperson U Myo Nyunt noted that, “people are frustrated with the slow progress after they pinned high hopes on us.” Although from a small sample of constituencies, the results demonstrate that some voters may be increasingly dissatisfied with the performance of the NLD and that opposition parties, especially in ethnic minority areas, are attracting more support.

Political parties are playing an essential role in Burma’s democratic transition, benefiting from IRI support. IRI has trained over 3,000 political party polling agents, who monitor election day processes closely to prevent fraud and malpractice. According to preliminary reports of the People’s Alliance for Credible Elections (PACE), 88 percent of polling stations in the recent by-elections had a party or candidate agent present.

IRI’s Political Party Academies, which have trained over 1,500 party representatives in Burma over the last 18 months, provide parties with the tools they need to contest elections effectively. The opposition party successes in the by-elections demonstrate the gradual growth and development of parties that can serve as pillars of a competitive multiparty political system.

Many challenges remain for the development of political parties and the consolidation of democracy in Burma. For example, women hold only 13 percent of the parliamentary seats and young people are also underrepresented. In the recent by-elections, only seven of 69 candidates were women. IRI’s Leadership Training Schools target the development of promising young women politicians, activists and professionals with an eye to empowering future women candidates and political leaders.

Burma’s transition is not assured and faces difficult challenges moving forward.  A bright spot is the recent competitive, credible elections and the peaceful transitions of power.  IRI will continue to support parties in the democratic process in Burma through its Political Party Academies, Leadership Training Schools and other programming in advance of the 2020 general elections. 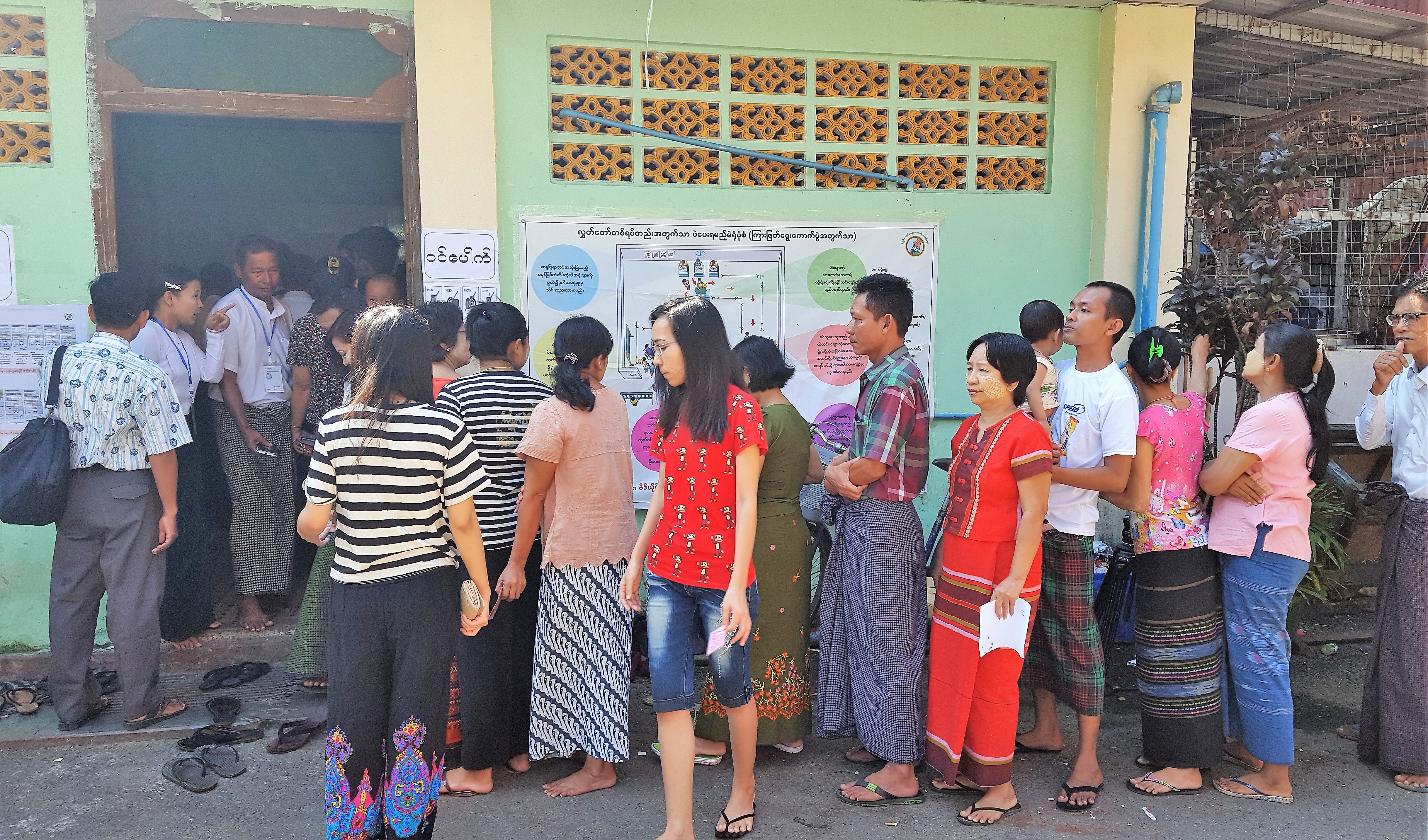