A New Chapter of History: Peaceful Elections in Sierra Leone

A small country in West Africa, where one must take a 30-minute long ferry ride on the Atlantic Ocean to get from the airport to the capital, Sierra Leone tends to receive international media attention only when tragedies strike.

Headlines have focused on Sierra Leone’s more-than-a-decade long war (1991-2002) that claimed the lives of thousands, displaced millions and became a casebook for mass atrocities and countless violations of humanitarian law; a two-year long (2014-2016) Ebola outbreak with nearly 4,000 deaths; and a mudslide (August 2017) that killed more than 1,100 people. Sierra Leone’s population of 7 million has been strained by decades of economic hardship, political corruption and natural disasters. 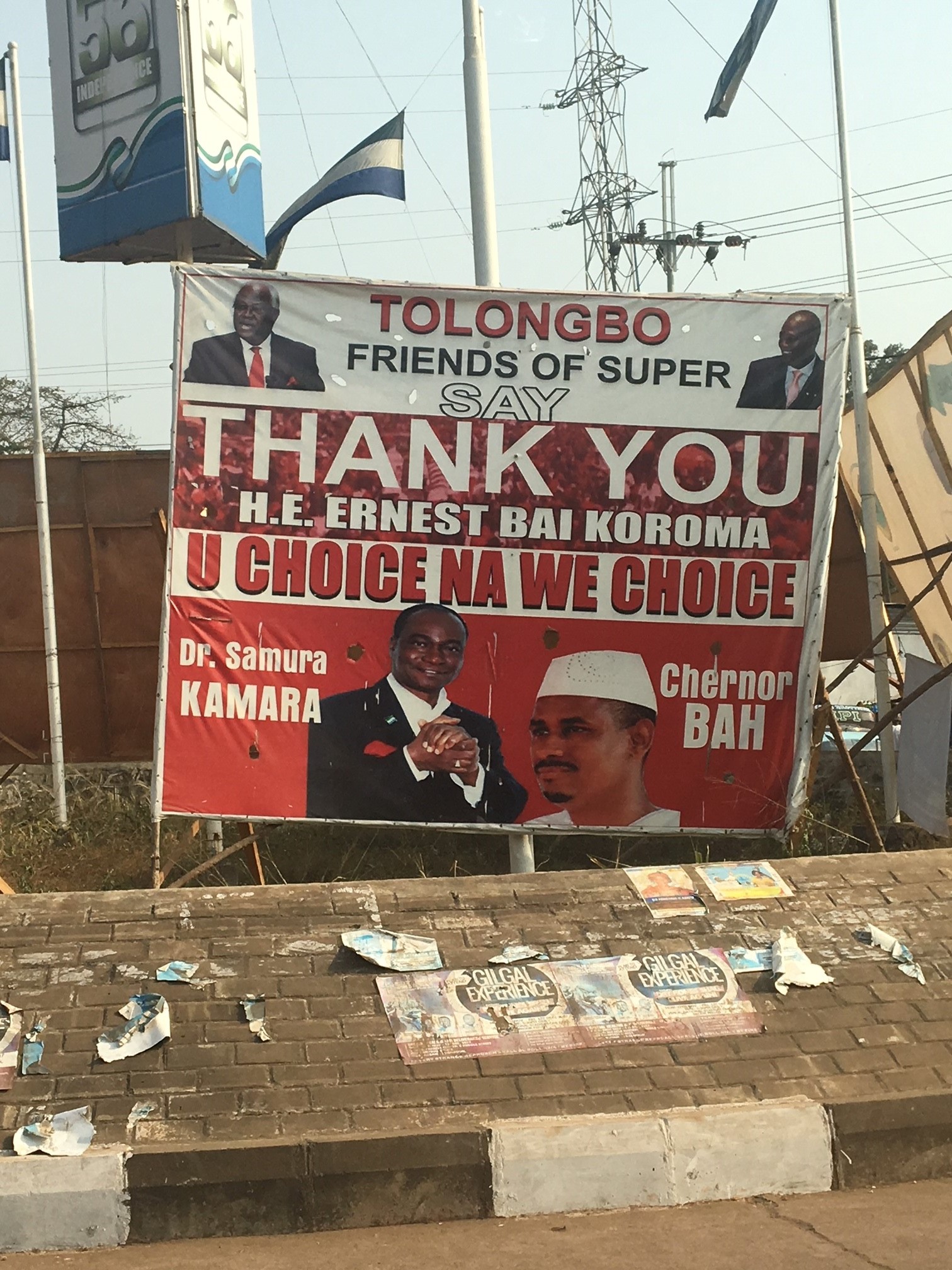 However, the people of Sierra Leone saw one small step towards a more stable country, when in March 2018, general elections led to a peaceful transition of power not only from one president to another but also from a party to another. This transition is a demonstration of democratic maturity and a lesson to a continent where still too often democratic backsliding, rigged elections and constitutional amendments to remove existing presidential term limits remain the norm.

While 2018 saw the second party-to-party transition in Sierra Leone’s post-war history, there were still some challenges to overcome. On April 4 at 10 p.m., four days after the election, the National Electoral Commission issued a much-awaited statement declaring Julius Maada Bio, who briefly led the country in 1996 following a coup, the new democratically elected President of the Republic. When making the announcement, the NEC ended four days of heightened tensions, rumors and disinformation that many worried would spiral out of control in a country where two parties – the All People’s Congress (APC, ruling party) and the Sierra Leone People’s Party (SLPP, opposition) – navigate a political system based on deep-rooted regional lines and identity politics. The rumors and disinformation, alongside tensions emanating from short but repeated delays in the announcement of the result, undermined the NEC by instilling doubts about the institution’s independence and capacity to conduct a credible and transparent electoral process. 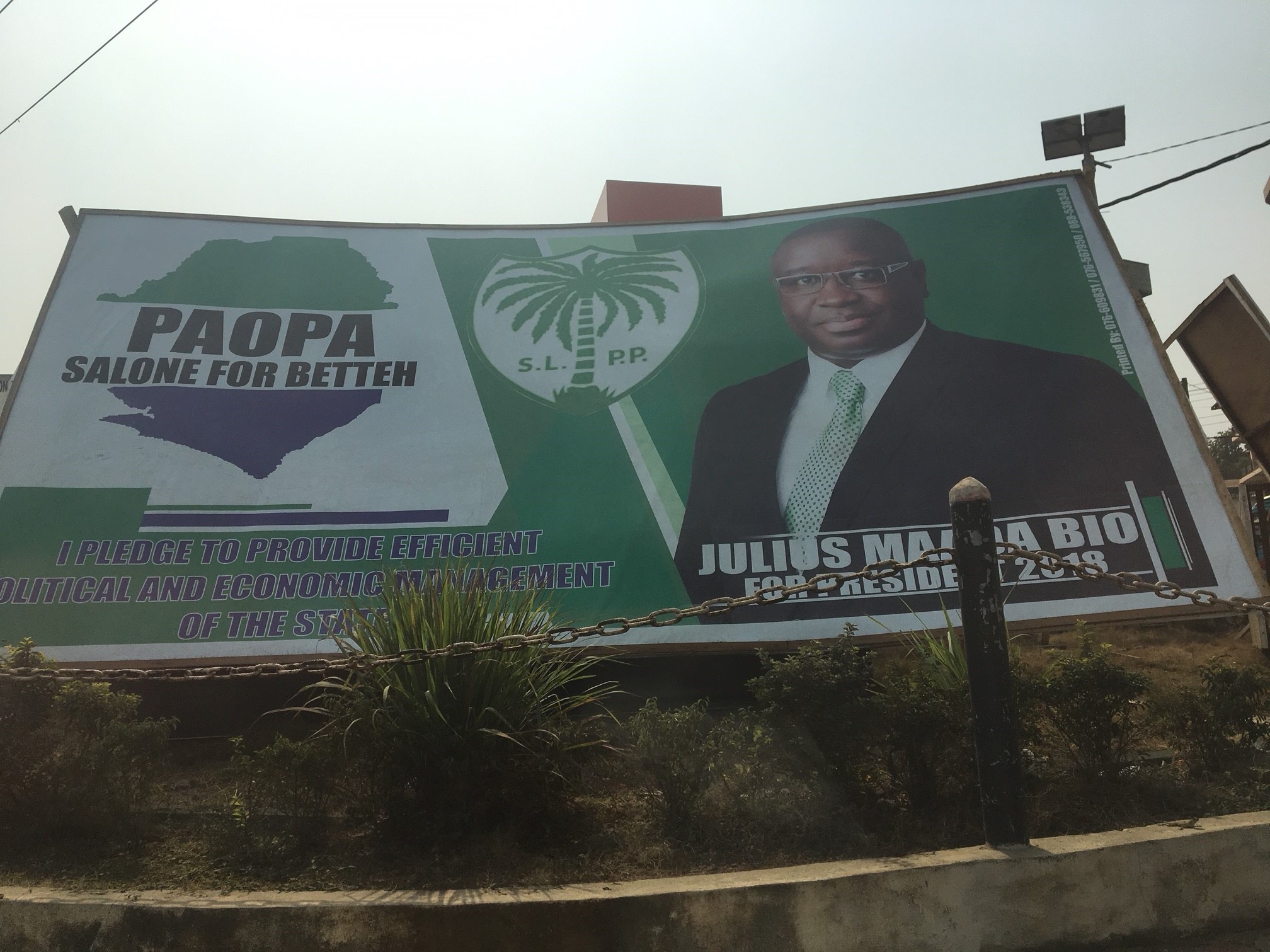 Regional strongholds, identity politics and a historical two-party dominant system act as a combined phenomenon that makes it difficult for other forces to shake the political spectrum. Despite 16 candidates vying for the presidency, seeing the SLPP and APC contest in the run-off presidential election was, again, hardly a surprise, especially when other contenders faced legal challenges aimed to prevent them from running. This was the case with the National Grand Coalition’s candidate, Dr. Kandeh Kolleh Yumkella.  Yumkella faced accusations of dual American-Sierra Leonean citizenship – an apparent constitutional impediment that up until now had never been a real issue in a country in which many, including politicians, are citizens of more than one country.

The stakes were high for both SLPP and APC, and fueled tensions and problematic behaviors and practices, as evidenced in the European Union Electoral Observation Mission’s preliminary statement which stated “regionalism and/or tribalism, which was barely present in the first-round, became a major factor in the run-off campaign”, and though both presidential candidates “issued careful messages regretting tribalism… their parties had an ambiguous position between public statements and actual practice”, and added there was “no evidence of action taken against members of [either] parties who engaged in such tribal campaigning.” 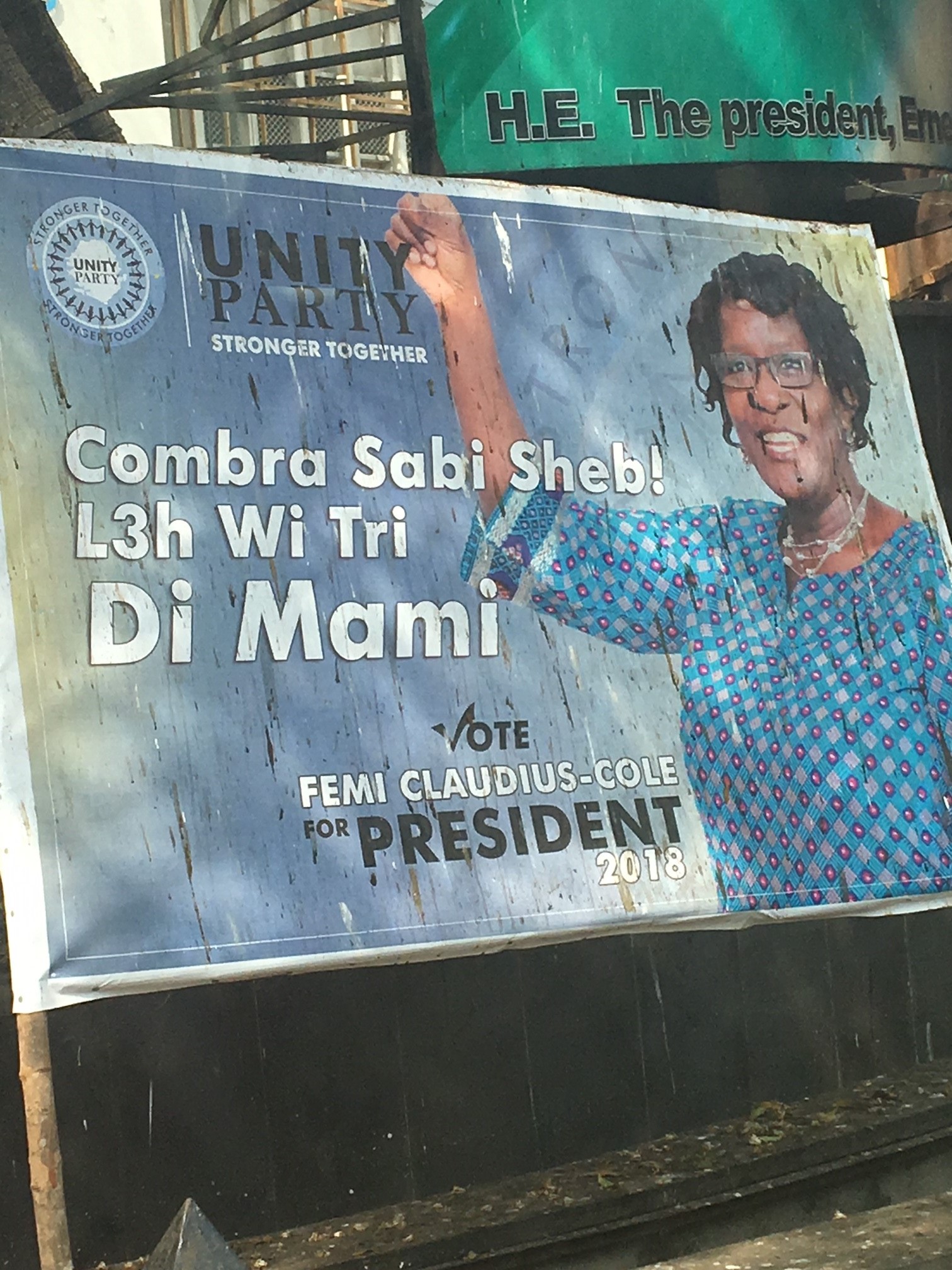 Credible electoral processes require solid and independent institutions. In Sierra Leone, the NEC was able to conduct a process deemed credible, following transparent and accurately followed procedures despite countless hurdles at every step of the electoral process. Allegations of vote-rigging backed by no evidence, intimidation of NEC staff and requests to modify the previously agreed upon tallying procedures are only a few examples of what the NEC had to cope with. And, just days before the run-off, a legal case filed before the High Court led to an injunction halting the run-off preparations. Despite being vacated on the eve of the scheduled run-off, this injunction forced the NEC to ask the Supreme Court to delay the election.

What Sierra Leone has achieved – a transparent, credible, and overall peaceful electoral process leading to an equally peaceful transition of power between two leaders and two parties – is commendable. Now that the country embarks on a new chapter of its history, additional efforts will be needed to foster issue-based politics, strengthen institutions, improve accountability, make parties more responsive and citizen-focused, and reinforce civil society as a democratic institution. IRI is ready to help the country on its journey.