Afghanistan: Difficulties of Pivoting from a Highly Centralized to Decentralized Government

Nearly two decades into our longest war, the United States is in the process of withdrawing from Afghanistan. Policymakers, journalists and academics have set forth a steady flow of criticism over the amount spent and the lives lost in the international community’s efforts to rebuild the country.

This criticism is particularly pronounced with respect to a cornerstone of the international community’s Afghanistan strategy: building rule of law. The most damaging criticism of rule of law in Afghanistan highlights the systemic corruption and impunity wielded by power-holders, especially at the national level.

Organizations across the international development community have worked to implement policy reforms while exploring linkages between Afghanistan’s formal and informal justice sectors. Yet despite high competency and good intentions, such efforts aimed at establishing rule of law have been viewed underneath the shadow of significant missteps. How has so much diligence on the part of the international community been met with so much disappointment from critics at large?

In transitioning societies emerging from war and violent conflict, rule-of-law efforts have increasingly surfaced as components of ambitious international projects. While policymakers and practitioners appear to agree that rule of law is necessary for the rebuilding of a post-conflict and postintervention society, they do not agree on one universal definition. Rather, rule of law is a concept that encompasses a multitude of objectives, coalescing around the following frequently cited principles:

The blog below is the first in a series of three that seeks to identify the structural weaknesses and contradictions in rule of law efforts in Afghanistan in order to explain pressing challenges and illuminate unacknowledged successes.

The Constitution in Practice: A Fragile Separation of Powers

The Afghan Constitution has created a highly centralized state with little instruction on how and when political or administrative authority should be extended into the provinces. Article 147, Chapter 8, Article 2 states that the government, “while preserving the principle of centralism, shall delegate certain authorities to local administration units for the purpose of expediting and promoting economic, social, and cultural affairs.”

This provision made clear that the central government’s powers must not be easily transferred to local administrations, because the principle of centralism must be upheld and safeguarded. To balance the appointment power, people elected consultative bodies at the provincial and district level.

The constitutional process highlighted the rationale for choosing the centralized governance framework. First, the initial policy of the international community insisted on pursuing security, reconstruction and democratization on a “light footprint” with minimum involvement and presence from international troops. Then, the international community preferred to work with centralized institutions, as it would be easier to coordinate with one body rather than a multiplicity of governance structures across the country.

In addition, the international community and Afghan elites justified a central structure on the grounds that decades of war had further damaged a historically weak Afghan state, as shown by its many iterations of unsuccessful constitutional attempts to manage the rural periphery.

Consequently, a uniquely centralized constitution granted the executive unusually strong powers, exemplified by a presidential system without a prime minister or constitutional court and with virtually unfettered appointment authority extending to the provinces. By empowering such a strong executive, the constitution structurally challenged the first rule of law objective ensuring that executive power-holders be accountable from the beginning.

The current constitutional framework in Afghanistan has not introduced meaningful checks and balances to ensure accountability at the national level. Instead, it has concentrated power in the executive branch, creating a patronage system that sinks from the top down into local communities.

International pressure has been the primary and most visible means of holding powerbrokers accountable, which is itself counterproductive to an Afghanistan that is independent and legitimate in the eyes of its own people.

Despite this top-down weight of the Constitution, fledgling bottom-up checks on power-holders have been realized by a national program not explicitly focused on establishing rule of law, but rather primarily aimed at building infrastructure projects and enabling community governance. This program, known as the National Solidarity Program (“NSP”), features a streamlined central financial management system that also decentralizes significant program and budget authority to local elected councils. The program has achieved measurable successes in ensuring that councils transparently manage their budgets and that community members hold their elected officials accountable for misuse of budgetary and project authority.

Enabling community members to build infrastructure projects through a streamlined national budget structure, local elections and the promotion of local budget autonomy has successfully advanced the rule of law objective that has failed at the national level. However, recent efforts to bring NSP’s elected councils into the Constitution’s framework of centralized governance threaten the distinguishing characteristic that enables the program to achieve such accountability: the independence to manage locally administered budgets and elections.

In the next blog post, we will take a closer look at accountability through a community development program and through this lens analyze NSP’s successes.

Until then, why don’t you think about the following question: Should future efforts at building rule of law in a transitioning post-conflict society enable, within the constitution, local advantages that ensure accountability? 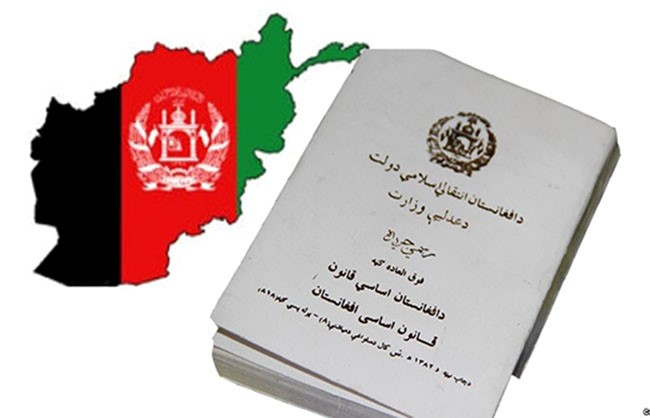