Alternative Justice in Mexico: A Window of Opportunity?

From Caracas to Córdoba, the past several months have been some of the more tumultuous in modern Latin American memory. Mexico, led by its charismatic new head of state Andrés Manuel López Obrador, known as AMLO, is no exception. In February, AMLO’s administration made headlines by declining to recognize Juan Guaidó as Venezuela’s interim president. Meanwhile, AMLO and his center-left MORENA (National Regeneration Movement) party have introduced policies that buck decades of political and economic precedent, with uncertain implications for the country’s long-term strength and stature.

Although less covered by the media, changes to Mexico’s security and justice landscape have been equally seismic. In mid-January, AMLO named Alejandro Gertz Manero the country’s first fiscal general (attorney general). This role was introduced during a 2014 reform of Mexico’s constitution by the previous center-right administration of Enrique Peña Nieto. It replaces the country’s longstanding procurador general (general prosecutor), whose office has been criticized by Mexicans across the political spectrum for inadequate investigation of crimes, insufficient independence from the executive branch and corruption. With the appointment of Manero, AMLO’s administration has signaled an intent to pursue “all pending cases … to their legal conclusion.” One such case is the infamous 2014 disappearance of 43 college students in the city of Ayotzinapa, an incident for which the administration recently established a special investigation committee.

Sadly, such gradual improvements to Mexico’s justice infrastructure are increasingly overshadowed by a growing wave of violence across the country. According to government statistics, the first two months of 2019 were the deadliest since the country began tracking homicides. With a reported total of 5,803 individuals killed, the number represents a 13 percent increase on the year prior and a troubling 92 percent increase in homicides since 2015. 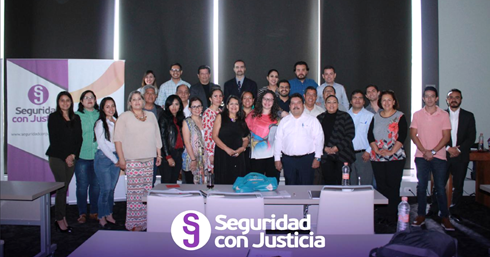 As Mexico takes halting steps toward a more effective justice system, IRI is working to support progress in this important area. Currently, IRI staff are working in 15 Mexican states to train citizens on alternative conflict resolution mechanisms and encourage judicial authorities to adopt Mexico’s new penal justice system, which replaces an outdated inquisitorial system (in which the court itself investigates the facts of a case) with oral trials (in which a court acts as a referee between the prosecution and the defense). On March 24, the Supreme Justice Tribunal of Jalisco, one of IRI’s programming states, issued 32 new certifications and 12 accreditations to conflict mediation organizations across the region. Later that month, one of Mexico’s top newspapers, El Universal, published an editorial by a member of Mexico’s Federal Judiciary Council (CFJ) – a body working to ensure the integrity and impartiality of Mexico’s judicial branch – that discussed the advantages of Mexico’s new justice system, such as faster and more efficient prosecutions, and urged citizens to join in the CFJ’s efforts to build a new penal justice culture in Mexico.

Mexico stands at an unprecedented judicial crossroads. Although historic homicide rates darken the picture, they lend a new sense of urgency to the fight against impunity. Meanwhile, state-level initiatives and the AMLO administration’s commitment to independent criminal investigations offer glimmers of hope. In collaboration with local partners, governments and citizens, IRI aims to help channel this new momentum toward a stronger, more dependable justice system for everyday Mexicans.