Aurore Bergé: Advice to Young Women Looking to get Involved in Politics

WDN and IRI held a multi-party training for young women in Ohrid, Macedonia. The training focused on leadership skills and local governance to prepare the young women to become more involved in local elections. Aurore Bergé, a newly elected Member of the French Assembly and spokesperson for “La Republique en Marche” served as a trainer during the conference. I sat down with Aurore to ask her about her experience in politics so far and her advice to young women looking to get involved in politics.

What was your first experience with politics?

I couldn’t vote at 16, and I felt useless, I could only see what happened. I don’t want to be on the sidelines and look at politics and be afraid – I wanted to act. When I was young, the only way that I could act was to get involved in the party. I decided to get involved after the 2002 presidential race. The right and the center decided to come together and create one party.

What made you decide to run for office?

My want to run for office was really related to Emmanuel Macron and his success. The party (En Marche) had only been around for one year– amazing how it has grown in one year. It showed how French people were tired of politicians, but not necessarily politics. I was excited to be part of the project and help during the presidential race. After, I wanted to continue the process in political office

To run as a candidate, I first registered on a website to be considered for a candidate. Macron hadn’t been elected yet. When I decided to register – I wanted to be part of the story. I believed in this project. I saw the differences from my old party. It may not succeed long term, but the transformation that we see is a big one. France is not a country you can reform; it is a country you can transform– political revolution, creating a new movement.

Did you face any barriers?

I didn’t face any problems. It was interesting, during my campaign, when I met with voters, the older they were, the more interested they were in my campaign. They were tired of seeing the same old political faces; they wanted to see a young woman. But I know that many women who do face barriers. First, women need to identify and understand those barriers. If women are waiting for the rules to change, they’ll be waiting a long time. You have to get in the game to change the rules

Politics is created by men for men, and they have created these barriers to prevent new players from coming in. Now, these new people are minorities and marginalized groups (women). We’ve seen in public opinion that these new faces are wanted. Women must use public opinion to show their party that women are desired in politics.

What impact do you think women can have in their communities?

I don’t think that women and men govern differently. We shouldn’t point out differences between men and women. That reinforces stereotypes. We must fight all the stereotypes. We need to become leaders, not just female leaders.

What message do you hope to share with young girls thinking of running for office?

If you wait for the rules to change, you’ll never get anywhere. Politics doesn’t wait for women, but public opinion is changing and is ready for women. Advice that was given to me when I first got involved in politics was, “Take the floor. No one will give it to you.” Sit in the meeting, sit at the table. 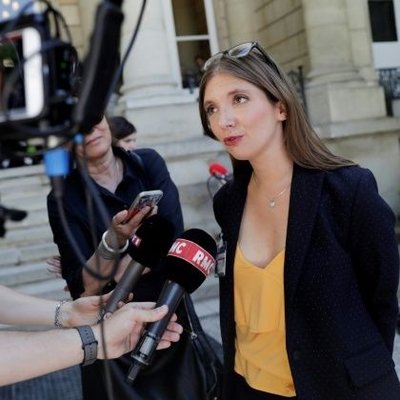