Born to Lead: Raquel from Argentina

Argentina’s legislative quota law in 1991 set the path for women’s political participation in Latin America. Since then, 11 countries on the continent have introduced similar laws, and Argentina has continued to create legislation to ensure equal political representation for women.

A 2017 bill for gender parity reflects the continued commitment to women’s participation and representation. But corruption occurs, and male politicians place their wives or female family members on ballots, expecting to control them once they are elected. The Women’s Democracy Network chapter in Argentina works against this backdrop to empower women to play a more active role in their communities.

Dr. Raquel Munt, founding member of WDN’s Argentina chapter, cites Argentina’s history of dictatorship and traditional views on gender as the biggest barriers to women’s leadership. “I would certainly highlight the prevalence of a culture based on patriarchal and values that reproduce relationships of domination and subjugation towards women, that transform into barriers and are converted into a lack of acceptance/self-affirmation/ acknowledgment, and legitimacy,” Raquel said.

Since then, Raquel and the WDN chapter have conducted leadership trainings for 1,300 women across the country, drafted and ratified legislation which safeguards women’s legal rights and expanded chapter members’ involvement in all facets of political activism.

Raquel emphasizes the importance of an inclusive environment to empower women. “To counter this scheme of power above others, women are capable of exercising a form of power for and with others, with their inclusive and habilitating nature, that results in respecting relationships based on equity and interdependence with this ‘feminine potential’ to construct networks.”

According to Raquel, women in Argentina are not encouraged to become political leaders and lack the resources to develop the skills and confidence. Raquel’s personal self-affirmation and commitment to training gave her the confidence and skills to lead WDN’s chapter, where she influences public policies and encourages women to become agents of change. She says WDN has created networks for her to “meet numerous women leaders who fight for democratic systems in their countries.”

Argentina’s recent laws demonstrate a commitment to encouraging women leaders, but women like Raquel empower other women to participate and overcome traditional values and traditions. Moving forward, “we need the newest generations to know the cultural significance of being a woman, and alter them to the diverse forms of discrimination that they will be exposed to depending on their social, ethnic, religious, sexual, etc. identity, so that we can honor the effort that women have made throughout history because we desire to participate in the bettering of human relations, as a first step in the development of society,” said Raquel. 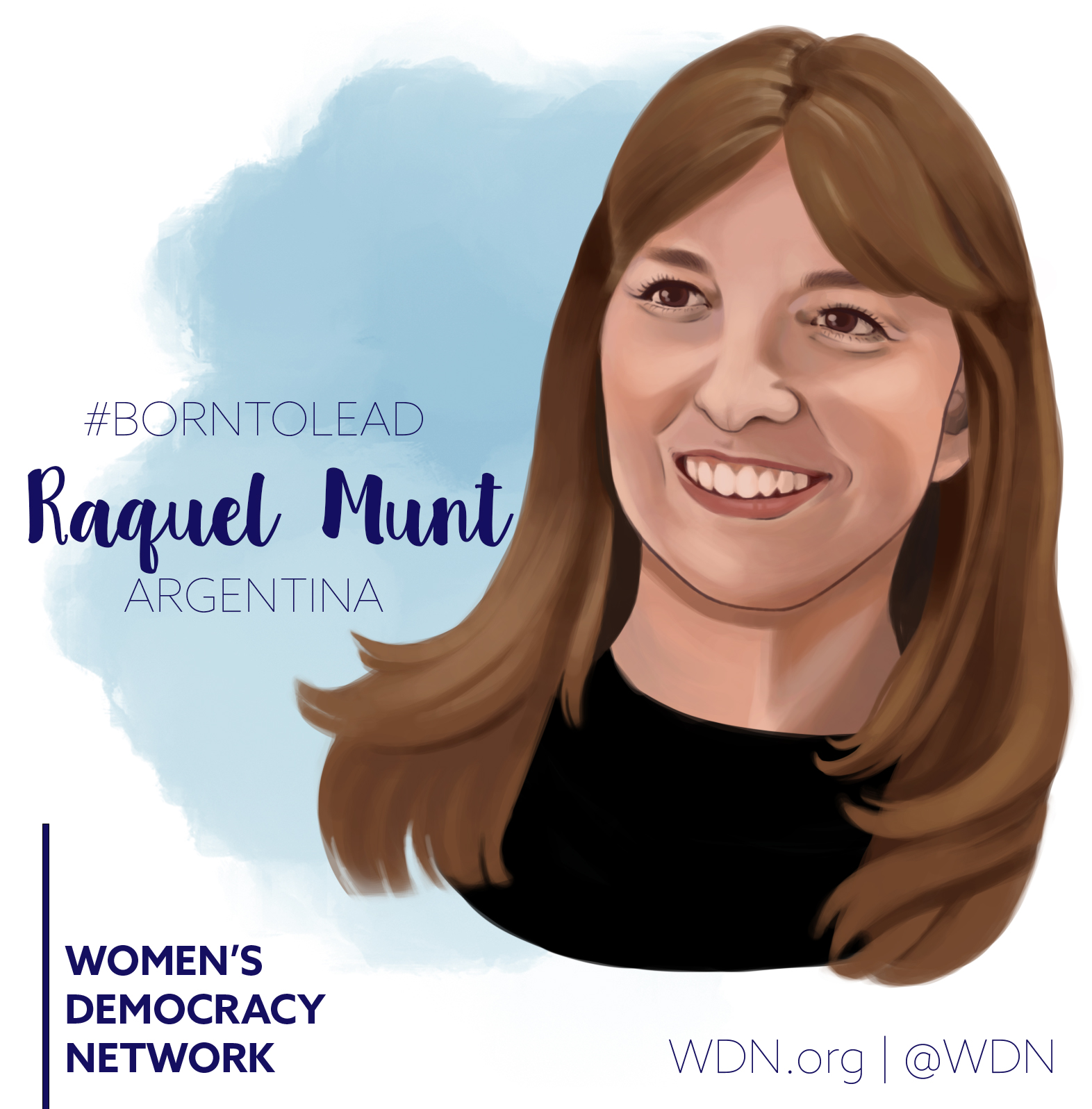